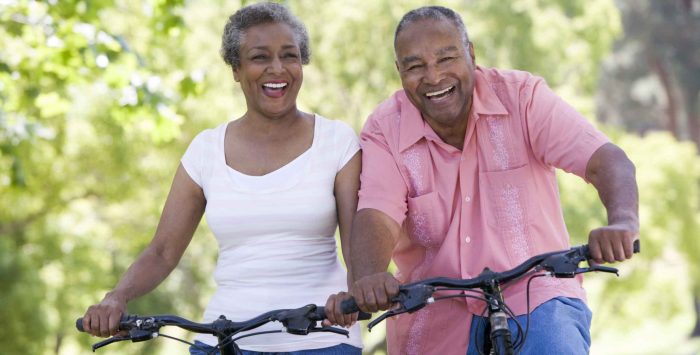 For most Americans, Medicare eligibility starts when they turn 65. But Medicare also provides coverage for younger Americans after they have been receiving disability benefits for 24 months (or have ALS or end-stage renal disease; people with these diagnoses do not have to wait two years for their Medicare enrollment to start).

About 11% of Medicare beneficiaries in Idaho are eligible due to disability rather than age, versus about 12% nationwide.

Medicare beneficiaries can choose to get their healthcare coverage directly from the federal government via Original Medicare, or through private Medicare Advantage plans — assuming Advantage plans are available in their area.

Original Medicare includes Medicare Parts A (inpatient hospital care) and B (outpatient care). Medicare Advantage plans include all of the benefits of Medicare Parts A and B, and they often provide additional benefits and programs, such as integrated Part D coverage for prescription drugs, dental and vision coverage, a 24-hour nurse hotline, gym memberships, and even assistance with things like transportation and in-home safety.

Medigap in Idaho: State law provides strong consumer protections including guaranteed-issue for beneficiaries under age 65, community rating as of 2022, and a new “birthday rule” enrollment widow

Although Medigap plans are sold by private insurers, the plans are standardized under federal rules, with ten different plan designs (differentiated by letters, A through N). The benefits offered by a particular plan (Plan G, Plan K, etc.) are the same regardless of which insurer sells the plan. There are 24 insurance companies in Idaho that have been approved to offer Medigap plans as of 2022 (down from 40 in 2021, before the state’s ban on issue-age rating and its new “birthday rule” took effect; more on that below; but even in 2021, the Idaho Department of Insurance noted that only about 30 of those insurers were actively marketing their plans in the state).

Idaho state law requires Medigap insurers to spend at least 65% of premiums (75% for group plans) on benefits for enrollees, as opposed to administrative costs. And for all Medigap plans sold since 1995, state law (see page 35) has prohibited insurers from using attained-age rating, which means that premiums cannot increase simply due to the enrollee’s increasing age. Attained-age rating is the most common approach that Medigap insurers use in most states, but it’s not allowed in Idaho.

That law, SB1143, also allowed the Idaho Department of Insurance to establish an annual window when people with Medigap coverage can switch to a different Medigap plan on a guaranteed-issue basis. The proposed rulemaking on this was issued in September 2021, and was finalized in late 2021.

Idaho’s “birthday rule” became available as of March 2022. According to the Idaho Department of Insurance, this allows people who already have Medigap coverage to switch to any other Medigap plan — of equal or lesser benefits —during a 63-day window that starts each year on their birthday.

For perspective, unlike other private Medicare coverage (Medicare Advantage and Medicare Part D plans), there is no federal annual open enrollment window for Medigap plans. Instead, federal rules provide a one-time six-month window when Medigap coverage is guaranteed-issue. This window starts when a person is at least 65 and enrolled in Medicare Part B (you must be enrolled in both Part A and Part B to buy a Medigap plan). It’s important to secure coverage during this window; if you submit an application later on, Medigap insurers are allowed to use medical underwriting to determine your eligibility for coverage.

To clarify, the “birthday rule” does not allow a person to newly enroll in Medigap coverage without medical underwriting after their initial enrollment window has ended — it only allows people who already have Medigap to make a plan change. But that’s an important consumer protection, and one that’s available in very few other states.

Medigap in Idaho for beneficiaries under age 65

People who aren’t yet 65 can enroll in Medicare if they’re disabled and have been receiving disability benefits for at least two years (or if they have ALS or end-stage renal disease), which is the case for 11% of Idaho’s Medicare beneficiaries. Federal rules do not guarantee access to Medigap plans for people who are under 65, but the majority of the states have implemented rules to ensure that disabled Medicare beneficiaries have at least some access to Medigap plans. Idaho joined those states in 2018, with changes to Idaho insurance statute that took effect January 1, 2018.

Idaho Medigap insurers are required to offer their plans to disabled Medicare beneficiaries under age 65, with the same six-month open enrollment period that applies to people who gain eligibility for Medicare due to age (ie, there’s a six-month window when the person is first enrolled in Medicare Part B, during which they can enroll in any Medigap plan, guaranteed issue, regardless of age). Idaho’s new rule included a provision to grant a one-time six-month Medigap open enrollment window (January through June 2018) to people who were under age 65 and already enrolled in Medicare at that point.

In addition, the new rule limits the premiums for under-65 Medigap to no more than 150% of the premiums that apply to a person who is 65 years old (see 2022 premiums for a non-smoker under age 65, and for a non-smoker who is age 65). This is an important provision — some states that require Medigap plans to be offered to people under age 65 do not limit premiums and insurers end up charging several times as much as they charge 65-year-old enrollees.

As of March 2022, under the terms of SB1143, Idaho requires community rating for all new Medigap enrollees, which means premiums for people 65+ no longer vary by age. But the state still allows Medigap insurers to charge up to 150% of that community rated amount if the beneficiary is under age 65.

Disabled Medicare beneficiaries have another Medigap open enrollment period when they turn 65. At that point, they can switch to a plan with the lower premiums that apply to people who are aging into Medicare, rather than qualifying due to disability. The new rule notes that for younger Medigap enrollees, their premium has to be reduced once they turn 65 to the rate that applies to people who are enrolling at age 65 (again, as of March 2022, this is the rate that applies to any new enrollee who is 65 or older, as issue-age rating is no longer used for that population, and rates no longer vary by age for new enrollees who are 65+).

Disabled Medicare beneficiaries have the option to enroll in a Medicare Advantage plan instead of Original Medicare. Medicare Advantage plans are otherwise available to anyone who is eligible for Medicare, and the premiums are not higher for those under 65. But as noted above, Advantage plans have more limited provider networks than Original Medicare, and total in-network out-of-pocket costs can be as high as $7,550 in 2022 (increasing to $8,300 in 2023), plus the out-of-pocket cost of prescription drugs.

And crucially, there are 11 rural counties in Idaho where Medicare Advantage plans are not available for purchase. This makes it particularly important for disabled Medicare beneficiaries in Idaho to have access to guaranteed-issue Medigap plans, as those in counties without Medicare Advantage plans would otherwise have no access to an out-of-pocket cap of any sort, since Original Medicare on its own doesn’t include one.

But Medicare beneficiaries who do not have drug coverage through Medicaid or an employer-sponsored plan need Medicare Part D in order to have coverage for prescriptions. Part D can be purchased as a stand-alone plan, or obtained as part of a Medicare Advantage plan that has integrated Part D coverage. Part D was created under the Medicare Modernization Act of 2003, which was signed into law by President George W. Bush.

As of mid-2022, there were 126,374 Idaho Medicare beneficiaries with stand-alone Medicare Part D plans, amounting to about 34% of the state’s Medicare population. Another 146,956 had Part D prescription coverage as part of their Medicare Advantage plans.

Medicare Part D enrollment is available during the annual open enrollment period each fall, from October 15 to December 7. The plan choice you make during this window will take effect January 1. You can change your mind more than once during the fall enrollment period; the last plan you select will be the one that covers you for the coming year.


How does Medicaid provide financial assistance to Medicare beneficiaries in Idaho?

Our guide to financial assistance for Medicare beneficiaries in Idaho includes overviews of these programs, including Extra Help, long-term care coverage, and eligibility guidelines for assistance.

Medicare in Idaho: Resources and assistance for Medicare beneficiaries and their caregivers

Need help filing for Medicare benefits, or with your Medicare enrollment in Idaho? Questions about Medicare eligibility in Idaho? You can contact SHIBA, Idaho’s Senior Health Insurance Benefits Advisers, with questions related to Medicare in Idaho. The SHIBA website provides a variety of helpful information, including a series of Medicare FAQs.

The Medicare Rights Center has a comprehensive national website and a helpful call center that can provide a variety of assistance with Medicare-related questions.

Programs of All-Inclusive Care for the Elderly (PACE): A Medicare/Medicaid program that helps seniors receive the care they need in their homes and local communities, without having to move into a nursing home.