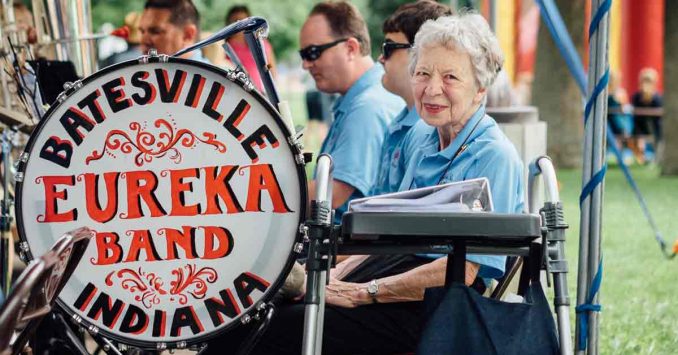 Original Medicare in Indiana (Medicare Parts A and B)

Original Medicare is a federally-run program that does not vary from one state to another. So general Medicare eligibility in Indiana and Medicare enrollment in Indiana work the same way they do in every other state. For residents who aren’t yet receiving Social Security retirement benefits and thus aren’t automatically enrolled when they turn 65, the Medicare application in Indiana is done via the Social Security Administration, as is the case throughout the United States.

Medigap in Indiana — Plan A now guaranteed issue for disabled enrollees, but with higher premiums

More than half of Original Medicare beneficiaries receive supplemental coverage through an employer-sponsored plan or Medicaid. But for those who don’t, Medigap plans (also known as Medicare supplement plans) are designed to pay some or all of the out-of-pocket costs (deductibles and coinsurance) that Medicare beneficiaries would otherwise have to pay themselves. Original Medicare does not limit out-of-pocket costs, so most enrollees use some form of supplemental coverage; Medigap plans are what’s available for people who don’t have access to an employer-sponsored plan (including retiree plans) or Medicaid.

Although Medigap plans are sold by private insurers, the plans are standardized under federal rules. There are ten different plan designs (differentiated by letters, A through N), and the benefits offered by a particular plan (Plan A, Plan F, etc.) are the same regardless of which insurer is selling the plan. So plan comparisons are much easier for Medigap policies than for other types of health insurance; consumers can base their decision on premiums and less tangible things like customer service, since the benefits themselves are uniform.

You can compare Medigap plans on Medicare.gov’s plan finder, or using Indiana’s plan comparison tool. According to an AHIP analysis, 392,301 people in the state had Medigap coverage as of 2020.

Unlike other private Medicare coverage (Medicare Advantage and Medicare Part D plans), there is no annual open enrollment window for Medigap plans. Instead, federal rules provide a one-time six-month window when Medigap coverage is guaranteed issue. This window starts when a person is at least 65 and enrolled in Medicare Part B (you must be enrolled in both Part A and Part B to buy a Medigap plan).

People who aren’t yet 65 can enroll in Medicare if they’re disabled and have been receiving disability benefits for at least two years, and about 14% of Indiana’s Medicare beneficiaries are under age 65. But federal rules do not guarantee access to Medigap plans for people who are under 65. However, the majority of the states have rules to ensure that disabled Medicare beneficiaries have at least some access to Medigap plans. Since mid-2020, Indiana has been among them, thanks to legislation that was enacted in 2019 (S.B.392).

The bill passed with strong support in both chambers of Indiana’s legislature, and was signed into law in May 2019. As of July 2020, it requires Medigap insurers to offer at least one Medigap plan (Plan A) to Medicare beneficiaries who are under 65 and eligible for Medicare due to a disability. The legislation requires Medigap insurers to grant Medicare beneficiaries a six-month open enrollment period that begins when they’re enrolled in Part B (or determined eligible for retroactive Part B coverage), regardless of age. And for Indiana residents who were under 65 and already enrolled in Medicare due to a disability, a one-time six-month enrollment window ran from July through December 2020.

Prior to mid-2020, Medigap insurers in Indiana were not required to offer coverage to beneficiaries under the age of 65—and none of them voluntarily chose to do so.

Indiana joined several other states that require Medigap insurers to offer at least one plan on a guaranteed-issue basis to disabled Medicare beneficiaries. But unlike some of those states, Indiana’s legislation does not limit premiums for these enrollees (ie, there is no requirement that premiums be the same as the rates for people who are 65). As an example, premiums for Plan A for a 65-year-old woman in Indianapolis range from about $85 to $415/month in 2022. But if she’s 64 instead, the premiums for the available plans range from about $205 – $1,042/month.

Medicare Part D enrollment is available when a beneficiary first becomes eligible for Medicare. And the annual Medicare election period each fall (October 15 to December 7) allows beneficiaries the opportunity to switch to a different Medicare Part D plan or enroll for the first time if they didn’t do so when they were first eligible, although a late enrollment penalty can be assessed if they didn’t have creditable coverage prior to enrolling.

How does Medicaid provide financial assistance to Medicare beneficiaries in Indiana?

Our guide to financial assistance for Medicare enrollees in Indiana includes overviews of these benefits, including Medicare Savings Programs, long-term care coverage, and eligibility guidelines for assistance.

Helpful resources for Medicare beneficiaries and their caregivers

Do you have questions about Medicare eligibility or need help enrolling in Medicare in Indiana?