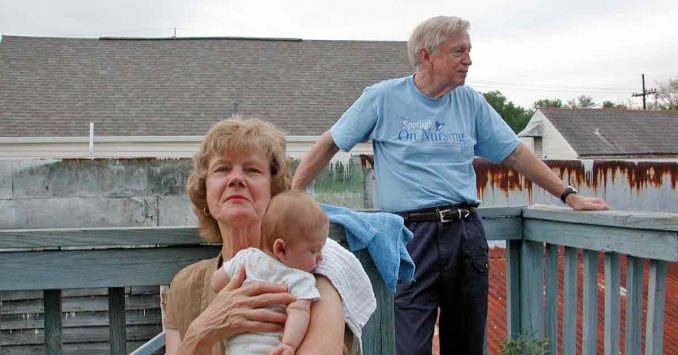 As of October 2020, there were 886,345 residents enrolled in Medicare in Louisiana, which is about 19 percent of the state’s population and roughly the same as the percentage of the total U.S. population with Medicare coverage enrollment.

For most Americans, filing for Medicare benefits goes along with turning 65. But Medicare eligibility is also triggered for younger people if they’re disabled and have been receiving disability benefits for 24 months, or are diagnosed with ALS or end-stage renal disease.

Residents can choose how to access their Medicare benefits. The first choice is between Medicare Advantage plans, where coverage is through private health insurance companies, or Original Medicare, where medical claims are paid directly by the federal government. Medicare beneficiaries also have options around Medigap policies and Medicare Part D (prescription drug) coverage.

Medicare Advantage plans include all the coverage of Parts A and B, although cost-sharing amounts (deductible, coinsurance, copays) can be very different. Advantage plans usually include extra benefits, such as Part D prescription drug coverage and dental and vision coverage. But Advantage plans also tend to have limited provider networks and higher out-of-pocket costs than a person would have if they enrolled in Original Medicare plus a Medigap plan. There are pros and cons to either option, and the “right” solution is different for each individual.

Medigap plans are sold by private insurers, but the plans are standardized under federal rules. There are ten different plan designs (differentiated by letters, A through N), and the benefits offered by a particular plan (Plan G, Plan N, etc.) are the same regardless of which insurer sells the plan.

There were 35 insurers that offered Medigap plans in Louisiana when the state published its most recent Medigap shopping guide in 2017. But as of 2020, Medicare’s plan finder tool showed 45 Medigap insurers offering plans in the state. Medigap insurers in the state are required to maintain minimum loss ratios of at least 65 percent for individual policies, and at least 75 percent for employer group policies. This means that at least 65 percent (or 75 percent for group plans) of the premium revenue that the insurers bring in must be spent on enrollees’ medical claims.

People who aren’t yet 65 can enroll in Medicare if they’re disabled and have been receiving disability benefits for at least two years, and one out of every five Louisiana Medicare beneficiaries is under age 65. Federal rules do not guarantee access to Medigap plans for people who are under 65, but the majority of the states have implemented rules to ensure that disabled Medicare beneficiaries have at least some access to Medigap plans. Louisiana is among them, although the state’s 2017 Medigap guide indicates that is a fairly recent development in the state.

In Louisiana, disabled Medicare beneficiaries under the age of 65 have the same six-month open enrollment period for Medigap plans as a person who becomes eligible for Medicare in Louisiana due to age. But premiums are dramatically higher for enrollees under the age of 65 (in most cases, several times higher). People who are enrolled in Medicare prior to age 65 have another Medigap open enrollment period when they turn 65. At that point, they can switch to a plan with the lower premiums that apply to people who are aging into Medicare, rather than qualifying due to disability.

But Medicare beneficiaries who do not have drug coverage through Medicaid or an employer-sponsored plan need to obtain Medicare Part D in order to have coverage for prescriptions. It can be purchased as a stand-alone plan, or as part of a Medicare Advantage plan with integrated Part D prescription drug coverage.

There are 26 stand-alone Medicare Part D plans for sale in Louisiana for 2021, with premiums that range from about $7 to $93/month.

324,389 beneficiaries of Medicare in Louisiana — about 37 percent of the state’s total Medicare population — had prescription coverage under stand-alone Medicare Part D plans as of late 2020. Another 364,527 had Medicare Part D coverage integrated with their Medicare Advantage plans.

Medicare Part D enrollment follows the same schedule as Medicare Advantage: Beneficiaries can pick a Medicare Part D plan when they’re first eligible for Medicare, and they can switch plans during the annual open enrollment period in the fall, from October 15 to December 7, with coverage that takes effect the following January.


How does Medicaid provide financial assistance to Medicare beneficiaries in Louisiana?

Our guide to financial assistance for Medicare enrollees in Louisiana includes overviews of these programs, including long-term care benefits, Medicare Savings Programs, and eligibility guidelines for assistance.

These resources provide free assistance and information about Medicare programs and availability in Louisiana.