As of late 2020, there were at least seven insurers selling short-term health insurance plans in Louisiana.

Is short-term health insurance available for purchase in Louisiana?

Yes. As of mid-2020, there were at least seven insurers offering short-term health insurance in Louisiana.

How does Louisiana regulate the sale of short-term health insurance?

The Trump administration’s new regulations allow short-term plans to have initial terms of up to 364 days, and total duration, including renewals, of 36 months. But the regulations are clear in noting that states may continue to have more restrictive rules.

So short-term plans in Louisiana are limited to initial terms of six months if the insurer has a pre-existing condition lookback period in excess of 12 months. But if the insurer only looks at the applicant’s past 12 months of medical history, the plans can have durations in line with the new federal rules.

Louisiana does not limit or prohibit renewals or subsequent purchases of additional short-term coverage, so people can purchase a new plan when their short-term coverage expires (assuming the existing plan is not eligible for renewal), as long as they can pass the medical underwriting for a new policy.

Which short-term plan durations are permitted under Louisiana rules?

But the regulations stipulate that short-term health insurance in Louisiana is not subject to the restrictions, as long as they have terms of no more than six months.

Until October 2, 2018, federal regulations limited short-term health plans to no more than three months in duration, and prohibited renewals. But the Trump administration relaxed those rules, allowing for much longer short-term plans, unless states impose their own requirements.

Specifically, this is the portion of Title 22, Section 1072 that applies here:

(1) A condition that would have caused an ordinary prudent person to seek
medical advice, diagnosis, care, or treatment during the twelve months
immediately preceding the effective date of coverage.

(2) A condition for which medical advice, diagnosis, care or treatment was
recommended or received during the twelve months immediately preceding the
effective date of coverage.

(3) A pregnancy existing on the effective date of coverage.

Short-term health plans typically look back more than 12 months when considering whether an enrollee’s condition was pre-existing, but to do that in Louisiana, according to the terms of the statute, the plan must have a term of six months or less.

Elsewhere in Title 22, Section 1072, the statute refers to the federal definition of short-term health insurance plans. So the six-month limit on the initial term only applies if the insurer wants to define pre-existing conditions as things that were diagnosed, treated, or symptomatic more than 12 months before the application is submitted.

Other than that, short-term plans in the state can follow the federal government’s rules in terms of allowable durations, and there are plans available for sale with total durations, including renewals, of up to 36 months.

Short-term health insurance in Louisiana can be purchased by applicants who can meet the underwriting guidelines the insurers use. In general, this means being under 65 years old (some insurers put the age limit at 64 years) and in fairly good health.

Short-term health plans typically include blanket exclusions for pre-existing conditions. This means they will not be adequate for residents of the Bayou State who need medical care for ongoing health conditions. And because short-term plans do not have to cover essential healthcare benefits, they often have significant limitations and gaps in the coverage, making it important to read the fine print carefully.

If you need health insurance in Louisiana, you’ll first want to determine whether you’re eligible to enroll in an ACA-compliant major medical plan (Obamacare) instead, and whether you’d qualify for a premium subsidy through the Louisiana health insurance exchange (if you’re eligible for a subsidy, the monthly premiums for an ACA-compliant plan may be much less costly than you were expecting, and even more affordable than the premiums for short-term plans). Open enrollment for these policies runs from November 1 to December 15 each year. Outside that window, you may still be able to enroll if you experience a qualifying life event that triggers a special enrollment period. Your medical history will not hinder your eligibility for these plans, but you can only purchase an ACA-compliant plan during open enrollment or a special enrollment period.

ACA-compliant plans are purchased on a month-to-month basis, so you can enroll in one even if you’ll need it for only a few months before another policy takes effect. So for example, if you know that you’ll be enrolled in Medicare or a plan offered by a new employer within a few months, you can still sign up for an ACA-compliant plan (during open enrollment or a special enrollment period) and then cancel it when your new coverage begins.

But if you can’t enroll in an ACA-compliant individual market plan or a plan offered by an employer, a short-term plan is a better option than remaining uninsured.

When should I consider buying short-term health insurance in Louisiana?
Excluding coverage for pre-existing conditions can make short-term policies appear more affordable than ACA-compliant policies. However, that upfront affordability can quickly be wiped out by out-of-pocket expenses (like monthly premiums and deductibles) or any costs for a healthcare service for an uncovered condition. That said, there may be situations in which it makes sense to use a short-term plan, such as: Some examples of who are ineligible for premium subsidies:

As of March 2021, there were 888,125 Medicare beneficiaries in Louisiana. Learn more about Medicare plans in Louisiana, including the state’s rules for companies that provide Medigap plans. 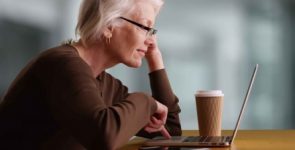