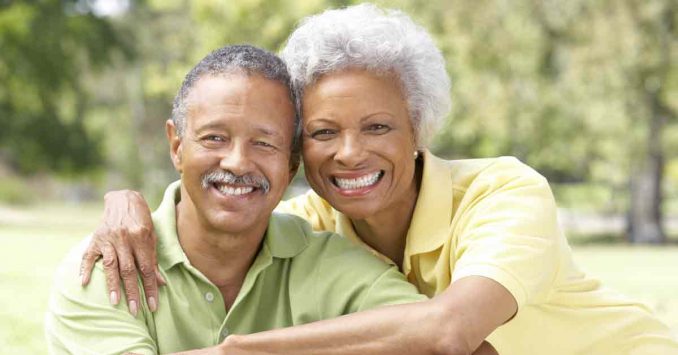 As of mid-2022, there were 617,431 people with Medicare in Mississippi. That was nearly 21% of the state’s population, compared with about 19% of the United States population enrolled in Medicare.

For most people, filing for Medicare benefits goes along with turning 65; most Americans become eligible for premium-free Medicare Part A when they turn 65, and are either automatically enrolled (if they’re already receiving Social Security benefits) or can apply for coverage starting three months before they turn 65.

But Medicare eligibility is also triggered once a person has been receiving disability benefits for 24 months, or when a person has ALS or kidney failure. Nationwide, about 12% of all Medicare beneficiaries are eligible due to disability, but almost 19% of people with Medicare in Mississippi are under the age of 65 and disabled.

In most areas of the country, including all of Mississippi, Medicare beneficiaries have the option to get their healthcare coverage through Original Medicare (directly from the federal government) or from a private Medicare Advantage plan.

Most Medicare Advantage plans also include Part D coverage for prescription drugs, although the aforementioned maximum out-of-pocket does not include the cost of prescription drugs. And most also include extra benefits such as dental and vision coverage. But Advantage plans tend to have limited localized provider networks, as opposed to Original Medicare’s nationwide network of providers. There are pros and cons to either option.

More than half of Original Medicare beneficiaries have employer-sponsored insurance or Medicaid to supplement their Medicare coverage. But for those who don’t, optional Medigap plans (also known as Medicare supplement plans) will cover some or all of the out-of-pocket healthcare costs for Medicare coinsurance and deductibles that the enrollee would otherwise have to pay themselves. Original Medicare does not cap out-of-pocket costs, and coinsurance and deductibles can add up quickly.

Medigap plans are sold by private insurers, but are standardized under federal rules, with ten different plan designs (differentiated by letters, A through N). The covered benefits of a particular plan (Plan A, Plan G, etc.) are the same from one insurer to another, making it fairly easy for consumers to compare plans (the plans will differ on things like price and customer service).

As of 2019, there were 65 insurers licensed to sell Medigap plans in Mississippi. And 169,142 people had Medigap coverage in Mississippi in 2020, according to an AHIP analysis.

Medigap plans differ from other private Medicare coverage (Medicare Advantage and Medicare Part D plans) in that there is not an annual open enrollment window for Medigap. Instead, people are given a single six-month guaranteed-issue window that begins when they are at least age 65 and enrolled in Medicare Part B (you have to be enrolled in both Part A and Part B to buy a Medigap plan).

As explained in the state guide to Medicare supplement plans, people who become eligible for Medicare under the age of 65 are granted the same six-month open enrollment window for Medigap as people who gain eligibility for Medicare when they turn 65. Insurers have to offer all of their Medigap plans to disabled enrollees, but the premiums can be higher — the state notes that they can be up to 50% higher than the rates that apply to people who are 65 years old. A disabled beneficiary under age 65 will have another Medigap open enrollment period upon turning 65, allowing them the option to switch plans and enroll at a lower price than they were paying before turning 65.

It’s important to understand that although pre-existing conditions are no longer an issue in most of the private health insurance market as a result of the Affordable Care Act, those regulations don’t apply to Medigap plans. When you enroll in a Medigap plan, the insurer can impose a pre-existing condition waiting period of up to six months, if you didn’t have at least six months of continuous coverage prior to your enrollment. And if you apply for a Medigap plan after your initial enrollment window closes (and assuming you aren’t eligible for one of the limited guaranteed-issue rights), the insurer can use your medical history to determine your eligibility for coverage and your premium amount.

But Medicare beneficiaries who don’t have such coverage need to obtain prescription coverage under a Medicare Medicare Part D plan. These can be purchased as stand-alone coverage, or as part of a Medicare Advantage plan that includes Part D prescription drug coverage. Part D coverage is optional, but there’s a late enrollment penalty for people who didn’t enroll when they were first eligible and didn’t have creditable coverage.

There are 21 stand-alone Medicare Part D plans for sale in Mississippi for 2022, with monthly premiums that range from about $7 to $97/month.

Medicare Part D enrollment follows the same schedule as Medicare Advantage enrollment. Beneficiaries can pick a plan when they’re first eligible for Medicare, and there’s also an annual window each fall (October 15 – December 7) when Medicare beneficiaries can enroll for the first time or change to a different plan.


How does Medicaid provide financial assistance to Medicare beneficiaries in Mississippi?

Our guide to financial assistance for Medicare enrollees in Mississippi includes overviews of these programs, including long-term care coverage, Medicare Savings Programs, and eligibility guidelines for assistance.

The Mississippi Insurance Department has a resource page for state residents who need help or have questions about Medicare in Mississippi, and a useful Medigap shopper’s guide. The Insurance Department regulates the insurers that offer Medigap plans in the state, as well as agents and brokers who sell any type of Medicare coverage (governance of Medicare Advantage plans and Part D plans is mostly done by CMS, although states do license the insurers and oversee them to ensure financial solvency). Their office can provide assistance with a range of insurance-related inquiries and complaints.

The Medicare Rights Center is a nationwide service that can provide information and assistance with questions related to Medicare eligibility, enrollment, and benefits.