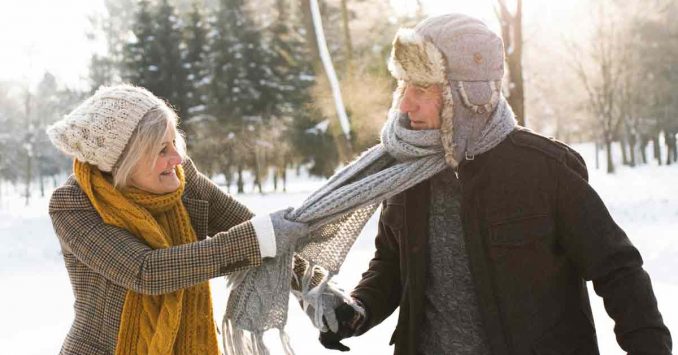 The annual open enrollment period for Medicare Advantage and Part D drug plans will run from October 15, 2021 to December 7, 2021. This window is an opportunity to switch from one plan to another or newly enroll in Part D, with coverage effective January 1, 2022. It’s in your best interest to actively compare the available options during the annual election period, to see how the various options will cover your prescriptions and other medical needs.

Most beneficiaries filing for Medicare benefits are eligible for coverage because they’re at least 65 years old. But Medicare eligibility is also triggered when a person has been receiving disability benefits for 24 months, or if the person has ALS or end-stage renal disease.

Most Medicare Advantage plans also include Part D coverage for prescription drugs, as well as extra programs like dental and vision coverage. But Medicare Advantage plans tend to have localized provider networks, as opposed to Original Medicare’s nationwide access to medical providers who accept Medicare assignment. There are pros and cons to either option, and no single solution that works for everyone.

As of May 2021, there were 86,970 Medicare beneficiaries in Nebraska who were enrolled in private Medicare plans (as opposed to Original Medicare; that figure does not include people who had private coverage to supplement Original Medicare), although that had grown from only about 50,000 in late 2018.

Original Medicare does not limit out-of-pocket costs, so most enrollees maintain some form of supplemental coverage. More than half of Original Medicare beneficiaries receive their supplemental coverage through an employer-sponsored plan or Medicaid. But for those who don’t, Medigap plans (also known as Medicare Supplement plans) are designed to pay some or all of the out-of-pocket costs (deductibles and coinsurance) that Medicare beneficiaries would otherwise have to pay themselves.

Medigap plans are sold by private insurers, but the plans are standardized under federal rules, with ten different plan designs (differentiated by letters, A through N). The benefits offered by a particular plan (Plan G, Plan F, etc.) are the same regardless of which insurer is selling the plan. So plan comparisons are much easier for Medigap policies than for other types of health insurance; consumers can base their decision on premiums and less tangible things like customer service, since the benefits themselves are uniform.

There are 47 insurers in Nebraska that offer Medigap plans, and according to an AHIP analysis, there were 180,773 Nebraska Medigap enrollees in 2018. So about 60% of Nebraska’s Original Medicare population (and about half of the state’s entire Medicare population) had supplemental coverage through Medigap plans. This is higher than the rate in most states; nationwide, about a quarter of Original Medicare beneficiaries have Medigap coverage.

Unlike other private Medicare coverage enrollment (Medicare Advantage and Medicare Part D plans), there is no annual open enrollment window for Medigap plans. Instead, federal rules provide a one-time six-month window when Medigap coverage is guaranteed issue. This window starts when a person is at least 65 and enrolled in Medicare Part B (you must be enrolled in both Part A and Part B to buy a Medigap plan).

People who aren’t yet 65 can enroll in Medicare if they’re disabled and have been receiving disability benefits for at least two years, and 12% of Nebraska Medicare beneficiaries are under 65 years old. But federal rules do not guarantee access to Medigap plans for people who are under 65.

The majority of the states have stepped in to ensure at least some access to private Medigap plans for disabled enrollees under the age of 65, but Nebraska has not. Medigap insurers in Nebraska are not required to offer coverage to people under 65 years of age, although United American Insurance Company and State Farm Mutual voluntarily offer some Medigap plans to disabled Medicare beneficiaries in Nebraska who are under age 65.

Instead of requiring private insurers to offer coverage, Nebraska’s safety-net option is to allow Medicare enrollees under the age of 65 to enroll in the state’s high-risk pool (NECHIP). But the pool does not sell regular Medigap plans (the way South Carolina’s high-risk pool does). Instead, NECHIP continues to offer the type of coverage that they provided prior to 2014, for people who couldn’t get coverage in the individual insurance market due to medical underwriting.

The plans have deductibles that range from $5,000 to $10,000, and premiums vary based on age, tobacco use, and the deductible that the person selects. By state law, premiums are set higher than private individual market rates. But unlike regular individual market plans, the NECHIP coverage does work in conjunction with Medicare, helping to cover out-of-pocket costs that enrollees would otherwise have (Alaska, Iowa, Nebraska, New Mexico, North Dakota, South Carolina, Washington, and Wyoming also have high-risk pools that remain operational and offer supplemental coverage to Medicare beneficiaries).

As of 2019, however, there were only two people enrolled in NECHIP coverage in Nebraska. It appears that the vast majority of the state’s disabled Medicare beneficiaries either have supplemental Medicaid or employer-sponsored coverage, have obtained Medigap coverage via United American or State Farm Mutual (the private Medigap insurers in Nebraska that offer coverage to beneficiaries under age 65), or have enrolled in Medicare Advantage plans instead of Original Medicare. There are also likely some who are just relying on Original Medicare without any supplemental coverage. Disabled Medicare beneficiaries have access to the normal federally-required Medigap open enrollment period when they turn 65, regardless of how long they’ve been enrolled in Original Medicare at that point.

Insurers in Nebraska are offering 28 stand-alone Part D plans for sale in 2021, with premiums that range from about $7 to $105/month.

As of May 2021, there were 194,973 Medicare beneficiaries in Nebraska with stand-alone Medicare Part D plans. Another 75,673 had Medicare Part D coverage as part of their Medicare Advantage plans.

In 2019, average per-beneficiary spending for Medicare in Nebraska was $9,959, based on data standardized to eliminate regional differences in payment rates (the data did not include costs for Medicare Advantage).


How does Medicaid provide financial assistance to Medicare beneficiaries in Nebraska?

Our guide to financial assistance for Medicare enrollees in Nebraska includes overviews of these programs, including long-term care coverage, Medicare Savings Programs, and eligibility guidelines for assistance.

If you have questions about Medicare eligibility in Nebraska or Medicare enrollment in Nebraska, the Nebraska Senior Health Insurance Information Program (SHIIP) can provide assistance with a wide range of topics related to Medicare in Nebraska.

The Nebraska Department of Insurance maintains a helpful consumer information page about Medicare supplements (Medigap), including a list of the companies that offer Medigap plans and how much they charge for a 65-year-old applicant.