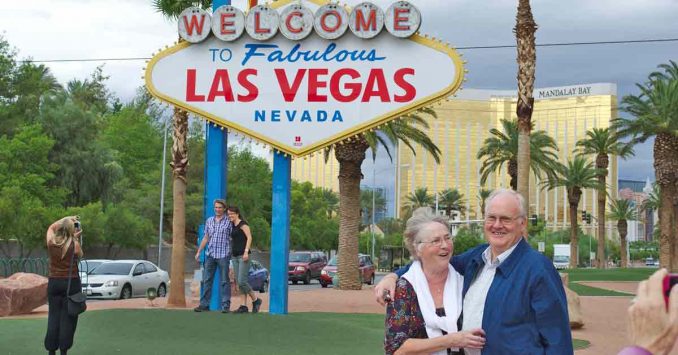 Most Americans become eligible for Medicare enrollment when they turn 65. But Medicare eligibility is also triggered for younger people if they’re disabled and have been receiving disability benefits for 24 months (people with ALS or end-stage renal disease do not have to wait 24 months for their Medicare coverage to begin). In Nevada, under 11% of Medicare beneficiaries are younger than 65 and eligible for Medicare due to a disability rather than age. Nationwide, less than 13% of all Medicare beneficiaries — about 8.1 million people — are eligible due to disability.

In most areas of the United States, private Medicare Advantage plans are available as an alternative to Original Medicare.

Medicare Advantage plan availability in 2022 in Nevada ranges from two plans in several rural counties, to 44 plans in Clark County.

People who enroll in Original Medicare get their coverage directly from the federal government, and have access to a nationwide network of providers. But Original Medicare enrollees need supplemental coverage (from an employer-sponsored plan, Medicaid, or privately purchased Medigap plans) for things like prescription drugs and out-of-pocket costs.

Original Medicare includes Medicare Part A (hospital inpatient services) and Part B (outpatient services). Medicare Advantage includes all of the benefits of Medicare Parts A and B, and the plans usually also have additional benefits, such as integrated Part D prescription drug coverage, dental and vision coverage, and extra programs like gym memberships and a 24-hour nurse hotline. But provider networks and service areas are limited with Medicare Advantage, and out-of-pocket costs (deductible, copays, and coinsurance) are often higher than they would be under Original Medicare plus a Medigap plan. There are pros and cons to either option, and no single solution that works for everyone.

Medigap in Nevada: New “birthday rule” enrollment window for plan changes as of 2022

According to the Nevada Division of Insurance, there were 104,457 Nevada residents with Medigap coverage as of 2021.

Medigap plans are sold by private insurance companies, but the plans are standardized under federal rules. There are ten different plan designs (differentiated by letters, A through N), and the benefits covered by a particular plan (Plan G, Plan K, etc.) are the same regardless of which insurer sells the plan. This makes it easier for consumers to compare plans and make their choice based on factors such as price and customer service, knowing that the coverage will be the same regardless of which insurance company will provide the plan.

31 insurance companies offer Medigap plans in Nevada as of 2022. Nearly all of them use attained age rating, which means that individual enrollees’ monthly premiums increase as they get older, regardless of how old they were when they purchased the policy.

Unlike other private Medicare coverage (Medicare Advantage and Medicare Part D plans), federal law does not provide an annual open enrollment window for Medigap plans. Instead, federal rules provide a one-time six-month window when Medigap coverage is guaranteed-issue. This window starts when a person is at least 65 and enrolled in Medicare Part B (you must be enrolled in both Part A and Part B to buy a Medigap plan). It’s essential to purchase coverage in a timely fashion during this window; if you apply for a Medigap plan after it ends, the insurance companies are allowed to use medical underwriting to determine your eligibility for coverage and your monthly premium.

But Nevada enacted legislation (AB250) in 2021 that provides Medigap enrollees with an annual opportunity to switch to a different plan. Starting in 2022, the legislation ensures that Medigap enrollees in Nevada have a 60-day window, starting the first day of their birthday month, during which they can switch to any other available Medigap plan that has equal or lesser benefits. Medigap plan change applications submitted during this window are guaranteed-issue, which means the application cannot be rejected and the insurer cannot increase the premium due to medical history (equal or lesser value means the plan can be at the same letter level as the one they have, or any of the lower levels, but not a higher level).

Several other states already had similar “birthday rule” annual plan change windows for Medigap enrollees, but the majority of the states do not. To be clear, anyone with Original Medicare can apply for any available Medigap plan at any time. But after the initial enrollment window has passed, insurers can use medical underwriting to determine whether the applicant is eligible for coverage. Nevada’s new law ensures that people with medical conditions aren’t stuck with their current Medigap plan forever. But it does not allow a person to upgrade to a more robust Medigap plan. And it also does not allow a Medicare beneficiary who doesn’t already have Medigap to enroll in a Medigap plan (after their initial enrollment window) on a guaranteed-issue basis.

People who aren’t yet 65 can enroll in Medicare if they’re disabled and have been receiving disability benefits for at least two years, or if they have ALS or end-stage renal disease; nearly 11% of Nevada Medicare beneficiaries are under age 65. But federal rules do not guarantee access to Medigap plans for people who are under 65. The majority of the states have implemented rules to ensure that disabled Medicare beneficiaries have at least some access to Medigap plans, but Nevada is not one of them.

Nevada does not require Medigap insurers to offer coverage to people under age 65. As of 2022, Nevada’s Medigap guide indicates that there is one insurer that offers Medigap Plan A to beneficiaries under the age of 65. Medicare’s plan finder tool indicates that the insurer is State Farm Mutual Automobile Insurance Company (in previous years, Transamerica Life Insurance Company offered Medigap Plan A to enrollees under 65 in Nevada—albeit at a higher premium—but that appears to no longer be the case).

People who enroll in Medicare prior to 65 (due to a disability) do gain access to all of the available Medigap plans when they turn 65. At that point, they have the normal six-month open enrollment period for Medigap, with all plans guaranteed issue.

Original Medicare does not provide coverage for outpatient prescription drugs. More than half of Original Medicare beneficiaries have supplemental medical coverage via an employer-sponsored plan (from a current or former employer or spouse’s employer) or Medicaid, and these plans often include prescription coverage.

But Medicare beneficiaries who do not have drug coverage through Medicaid or an employer’s insurance plan need to obtain Medicare Part D prescription coverage. It can be purchased as a stand-alone plan, or as part of a Medicare Advantage plan with integrated Medicare Part D enrollment.

In 2022, there are 22 stand-alone Medicare Part D plans for sale in Nevada, with monthly premiums that range from about $7 to $101.

As of early 2022, there were 165,140 Medicare beneficiaries in Nevada (a little less than a third of the state’s Medicare population) who were covered under stand-alone Medicare Part D plans. Another 251,395 had Part D prescription coverage integrated with their Medicare Advantage plans (this number has been increasing sharply as enrollment in Medicare Advantage plans has grown faster than overall Medicare enrollment in Nevada).

Medicare Part D enrollment is available during the annual election period from October 15 to December 7. You may change your mind more than once during this window; the last plan you pick will take effect January 1 of the coming year.


How does Medicaid provide financial assistance to Medicare beneficiaries in Nevada?

Our guide to financial assistance for Medicare enrollees in Nevada includes overviews of these benefits, including long-term care coverage, Medicare Savings Programs, and eligibility guidelines for assistance.

Medicare in Nevada: Resources and information for Medicare beneficiaries and their caregivers

Need help with your Medicare application in Nevada? Got questions about Medicare eligibility in Nevada? You can contact the Nevada State Health Insurance Assistance Program with questions related to Medicare enrollment in Nevada.

The Nevada Aging and Disability Services Division offers a variety of resources for Nevada Medicare beneficiaries.

The Governor’s Office for Consumer Health Assistance (OCHA) is part of the Nevada Department of Health and Human Services, and can provide advice, guidance, and information on a variety of health-related issues.

The Nevada Department of Health and Human Services website also has a resource page with information on programs available to help lower-income Medicare beneficiaries afford their coverage and healthcare.

The Medicare Rights Center is a national resource that includes a website and a call center where consumers throughout the United States can get answers to a wide range of questions about Medicare.