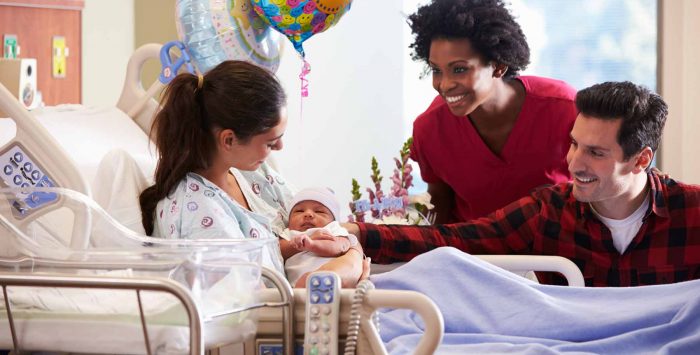 High-risk pools were – in many cases – the only coverage available pre-2014 for people with serious pre-existing conditions who didn't have access to health insurance from an employer or the government. | Image: Monkey Business / stock.adobe.com

High-risk pools were, in many cases, the only coverage available pre-2014 for people with serious pre-existing conditions who didn’t have access to health insurance from an employer or the government (Medicare, Medicaid, CHIP, etc.). But they were often underfunded, the coverage was expensive, and plan choices were limited. People who used to have high-risk pool coverage are now eligible for coverage in the exchanges (or off-exchange, without subsidies), with access to the same plans that healthy people can buy.

A brief history of high-risk pools

One of the goals of the Affordable Care Act was to make health insurance available to nearly all Americans, including those with pre-existing conditions. Although group health insurance has long been guaranteed-issue for eligible employees, people who purchased their own health insurance prior to 2014 had to go through a medical underwriting process that historically resulted in roughly 20% of individual/family health insurance applications being denied.

In order to offer a viable alternative for these applicants, 35 states established their own high-risk pools (mostly in the 1990s), generally supported by a combination of state funds, enrollee premiums, and fees assessed on private health insurance carriers.

In addition to those plans, the ACA included a provision for the Pre-Existing Condition Insurance Plan (PCIP), which created a new state-run or federally-run high-risk pool in every state to make a bridge to 2014 and guaranteed issue health insurance. The ACA was signed into law in March of 2010, and at that point, the requirement – starting January 2014 – that all policies be guaranteed issue was still nearly four years in the future.

Now that the consumer protections in the ACA have been fully implemented, high-risk pools are no longer necessary the way they were in the past. Applications for individual/family health insurance are no longer denied because of medical history, and people are no longer offered policies with increased premiums or exclusions based on pre-existing conditions.

HHS announced in March 2014 that PCIP insureds could keep their coverage until April 30, 2014 if they had not yet enrolled in an exchange plan. (Total PCIP enrollment had dropped to around 30,000 people by January 2014, down from about 85,000 three months earlier. The majority of PCIP insureds had already transitioned to a new plan).

But what about the 35 state-run risk pools that pre-dated the ACA? Many of them have also ceased operations or closed their pools to new applicants, but it varies from one state to another. This chart shows the 17 plans that ended coverage in the first half of 2014, along with the 18 state risk pools that were still operational for at least some existing enrollees as of mid-2014 — and some of them were still accepting new members as well.

The following states have risk pools that remain operational as of 2023. Some of them are still accepting new members, although enrollees would have to meet the existing eligibility guidelines (note that some of these high-risk pools are still operational in order to provide supplemental coverage to disabled Medicare beneficiaries under the age of 65 in states where they do not have access to Medigap plans):

Illinois had a high-risk pool, the Illinois Comprehensive Health Insurance Plan, for decades. But enrollment had dwindled to very few people by 2019, and legislation was enacted in 2021 that dissolved the program at the end of 2021.

The ACA’s temporary Pre-Existing Condition Insurance Plans (PCIP) were initially run by state governments in 27 states and by the federal government in 23 states and the District of Columbia. By July 2013, 17 states that had been operating their own PCIP had turned their plans over to the federal government. New-member enrollment ceased in early 2013, and all PCIP coverage ended on April 30, 2014.

The PCIP program was well-intentioned but struggled financially from the outset, with lower enrollment and higher costs than originally projected. In order to help keep the program afloat as long as possible, HHS made some changes along the way.

In 2011, eligibility requirements were eased in order to increase enrollment. Premiums were also lowered by up to 40 percent in 18 states where the PCIP is administered by the federal government, to bring the premiums closer to the rates in each state’s individual health insurance market.

In the face of higher-than-expected costs, however, the government increased enrollees’ maximum out-of-pocket annual expenses for 2013 from $4,000 to $6,250. The rate increase took effect on January 1, and applied to plans administered by the federal government, which impacted enrollees in 40 states and the District of Columbia.

Risk pools by the numbers

Roughly 135,000 people enrolled in PCIP plans nationwide between 2010 and 2013. To qualify, people had to have been without health insurance for at least six months and must have a pre-existing health condition or have been denied coverage as a result of a health condition.

The PCIP program’s high cost was attributed in part to the fact that the population served is disproportionately older. More than seven in 10 people enrolled were age 45 and above.

Nearly four in ten claims paid in 2012 were for one of four diagnoses: cancers, ischemic heart disease, degenerative bone diseases, and the follow-up medical care required after major surgery or cancer treatments. In 2012, the average cost per person was $32,108. However, just 4.4 percent of enrollees averaged costs of $225,000 accounting for more than half of all claims paid.

Now that PCIP enrollees have transitioned to the private marketplace (either on or off-exchange) or to Medicaid, their medical expenses are being pooled with a much larger group of people, including healthy insureds. This helps to spread the costs over a larger population and better manage the health care costs of the sicker individuals who were covered by PCIP policies between 2010 and 2014.

Even after the ACA was implemented, some GOP health care reform proposals called for a return to high-risk pools

House Republicans published a health care reform proposal in June 2016 that outlined their vision of the path forward, and it included a return to high-risk pools. Their plan called for $25 billion in federal funding for high-risk pools. States would partner with the federal government to run the pools; premiums would be capped, and enrollment waiting lists would not be allowed. (Pre-ACA, some states had high-risk pools that were no longer accepting applicants, due to enrollment caps.)

Although the GOP plan called for significant federal funding for the risk pools, it’s worth noting that the ACA-created CO-OPs were originally supposed to be established via $10 billion in federal grants. But the CO-OPs ended up receiving a quarter of that amount, and as short-term loans, rather than grants. Lawmakers also changed the rules at the end of 2014 to retroactively make the ACA’s risk corridors program budget-neutral, which meant that health insurers only received about $362 million out of the $2.87 billion they were supposed to receive for the 2014 risk corridors program (2015 funding also fell far short). As a result of the risk corridor shortfalls, numerous health insurers – mostly smaller carriers, like the CO-OPs – ended up closing at the end of 2015.

So while $25 billion in federal funding would help with the sustainability of high-risk pools, there are certainly questions in terms of why high-risk pools were so underfunded in the ’90s and ’00s, where the money would come from if it wasn’t available for the CO-OPs and risk corridors programs, and whether it would actually be $25 billion in reality by the time all was said and done.

For the time being, however, that’s all a moot point. The ACA has survived three Supreme Court rulings (in 2012, 2015, and 2021), and GOP lawmakers were unsuccessful in their efforts to repeal it during the Trump administration. The American Rescue Plan enhanced the ACA’s premium subsidies, leading to record-high enrollment in the exchanges, and the Inflation Reduction Act extended those premium subsidy enhancements through 2025.