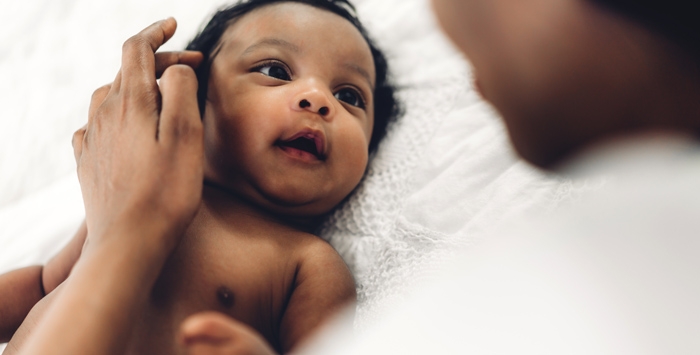 Prior to 2014, women who purchased their own health insurance were often completely out of luck if they wanted to have coverage for maternity. In 2013, the National Women’s Law Center reported that just 12% of individual market plans included maternity benefits. And that was despite the fact that nine states required maternity benefits to be included on all individual plans.

In the rest of the states, maternity coverage in the individual market was extremely rare, and if it did exist, it was generally in the form of an expensive rider that could be added to a plan, usually with a waiting period. Yet even on plans that excluded maternity coverage, women were charged premiums that were at least 30% higher than those charged to men for the same coverage.

Before the Affordable Care Act (Obamacare) made coverage guaranteed issue, pregnancy itself was also considered a pre-existing condition that would prevent an expectant parent — male or female — from obtaining coverage in all but five states. And many individual health insurance carriers considered a previous cesarean section to be a reason to decline an application or charge a higher initial premium. (in Maine, Massachusetts, New Jersey, New York, and Vermont, state regulations prevented carriers from using medical underwriting to determine eligibility for coverage, long before this became the norm under the ACA).

The ACA has been a game-changer for individual health insurance, and maternity coverage is one of the areas where the changes are most pronounced. Maternity care is one of the ten essential health benefits that must be included on all new individual and small group policies. An expectant parent can now obtain coverage in every state during open enrollment or during a special enrollment period triggered by a qualifying event. And women are no longer charged higher premiums than men, despite the fact that every new major medical policy — both in and out of the exchanges — includes maternity coverage.

Even before the ACA, maternity coverage was available on most employer-sponsored group plans, thanks to the 1978 Pregnancy Discrimination Act. The Act mandates that if an employer with 15 or more employees opts to provide health insurance, the coverage must include maternity benefits.  And in nearly 40% of the states, there were regulations that required small group plans to include maternity benefits, even if the employer had fewer than 15 employees.

Before the ACA reformed the individual insurance landscape, some people with individual health insurance weren’t aware that their plans didn’t cover maternity – until they became pregnant. And there were often misconceptions about the ability to purchase additional coverage, with some insureds believing that as long as they maintained continuous coverage, they would be able to purchase coverage that included maternity if and when they needed it. But that was not the case.

According to WebMD, in 2012, the average cost of an uncomplicated hospital delivery was over $10,000, and climbed to almost $18,000 for an uncomplicated cesarean delivery – plus the cost of prenatal care. That meant that parents with individual health insurance often went home from the hospital with a significant bill in addition to their new bundle of joy.

There are still individual and small-group plans that don’t include maternity care, because grandmothered and grandfathered plans are still in existence. Grandmothered plans are allowed to remain in force until if and when the federal government says otherwise, although their continued existence is at the discretion of each state and the insurers that offer plans in a given state, so some states haven’t had grandmothered plans for years, or never had them at all. And the number of grandfathered plans is steadily declining, since those are plans that were in force as of March 2010 and have remained largely unchanged ever since. But maternity coverage is included in all individual and small-group plans with original effective dates of January 1, 2014 or later.

It’s true that some new plans have relatively high out-of-pocket costs, but even the lowest-cost Bronze plans have a maximum individual out-of-pocket limit of $8,700 in 2022 ($9,100 in 2023), as long as the medical services are provided in-network. And some prenatal care, including routine check-ups and gestational diabetes testing, is specifically included in the preventive care that’s covered with no out-of-pocket cost under the ACA.

But you still have to plan ahead

In order to have maternity coverage, you must have an in-force health insurance policy that’s ACA-compliant (or one that predates 2014 and happens to have maternity coverage included – but those are rare in the individual market). And while medical underwriting is no longer used to determine eligibility for coverage – which means that being pregnant won’t cause an application to be declined – there’s only a short window each year during which you can enroll in a health plan. In most states, it runs from November 1 to January 15, with coverage effective January 1 or February 1, although there are several state-run exchanges that offer longer enrollment periods.

That means it’s important to keep in mind that while all ACA-compliant plans cover maternity, you most likely cannot go uninsured and simply plan to enroll in a policy if and when you get pregnant. And if you have a grandmothered or grandfathered plan that doesn’t include maternity coverage, you cannot switch to a plan with maternity if you get pregnant – you’d have to wait until the next open enrollment, which only comes around once a year, unless you experience a qualifying event.