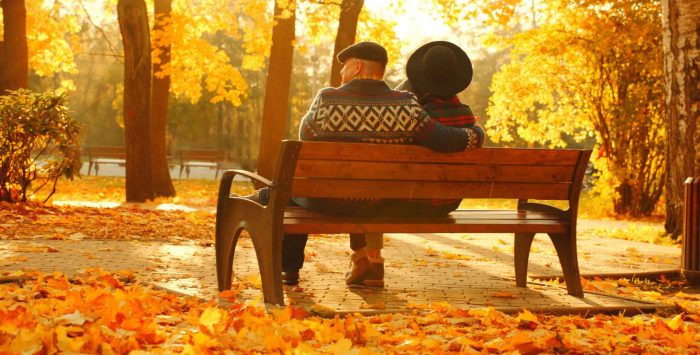 As of September 2022, there were 325,426 residents with coverage through Medicare in New Hampshire. That’s more than 23% of the state’s population; nationwide, about 19% of Americans have Medicare coverage.

Most Americans become eligible for Medicare enrollment when they turn 65. But younger Americans gain Medicare eligibility after they have been receiving disability benefits for 24 months, or if they have ALS or kidney failure. In New Hampshire, about 13% of Medicare beneficiaries are under 65 and eligible due to disability rather than age (nationwide, it’s 12%).

Medicare Advantage plan availability varies by county, but residents in New Hampshire all have at least 33 plans from which to choose for 2023, and in several counties, there are 39 plans available.

Nationwide, about a third of all Medicare beneficiaries were enrolled in Medicare Advantage plans as of 2018, but just 12% of New Hampshire’s Medicare population had Advantage coverage that year. As of September 2022, however, there were 96,285 New Hampshire residents (up from fewer than 40,000 in late 2018) with private Medicare coverage — 30% of the state’s Medicare population — while the other 229,141 beneficiaries had coverage under Original Medicare. So while Medicare Advantage enrollment is lower than the national average in New Hampshire, it’s growing rapidly.

Original Medicare does not limit out-of-pocket costs, so most enrollees maintain some form of supplemental coverage. Nationwide, more than half of Original Medicare beneficiaries get their supplemental coverage through an employer-sponsored plan or Medicaid. But for those who don’t, Medigap plans (also known as Medicare supplement plans, or MedSupp) will pay some or all of the out-of-pocket costs (ie, coinsurance and deductible) they would otherwise have to pay if they had only Original Medicare. There were 98,282 New Hampshire residents with Medigap coverage as of 2020, according to an AHIP report.

But premiums vary significantly from one insurer to another. Insurers in New Hampshire can choose whether to base premiums on the age the enrollee was when they signed up (issue age rating) or to have premiums increase as enrollees get older (attained age rating). Insurers can also choose to use community rating — charging everyone the same rate regardless of age — but that’s not a common approach unless a state requires it, and New Hampshire does not. Attained age rating is the most common approach for Medigap insurers nationwide, but the two Medigap insurers with the largest market share in New Hampshire (Anthem and UnitedHealthcare) both use issue-age rating.

There were 19 insurers in New Hampshire approved to offer Medigap plans as of 2022, although the state’s Medigap enrollment in 2018 was spread across just ten of those plans — with two-thirds of the total market share held by Anthem and UnitedHealthcare. All 19 Medigap insurers offer Plans A, F, G, and N; availability for the other plan options varies from one insurer to another.

In October 2020, the state of New Hampshire unveiled a new Medigap rate comparison tool that residents can use to see pricing, benefits information, and plan availability.

Unlike other private Medicare coverage (Medicare Advantage and Medicare Part D plans), there is no annual open enrollment window for Medigap plans. Instead, federal rules provide a one-time six-month window when Medigap coverage is guaranteed-issue. This window starts when a person is at least 65 and enrolled in Medicare Part B (you must be enrolled in both Part A and Part B to buy a Medigap plan). Once that initial enrollment window ends, Medigap insurers in nearly all states can use medical underwriting to determine an applicant’s eligibility for coverage, unless one of the limited guaranteed-issue rights applies.

In 2020, bipartisan legislation (SB646) was considered in New Hampshire that would have added to the state’s Medigap consumer protections. The bill passed in the Senate but died in the House. If it had been enacted, it would have put New Hampshire among a handful of states that ensure some sort of ongoing access to Medigap plans without medical underwriting. It would have required Medigap insurers to let a member switch to any of the insurer’s other Medigap plans during the month of the member’s birthday (several other states have taken this same approach, with a “birthday rule” plan change window). Insurers would have had to notify members each year of the opportunity to change their coverage, and would have had to allow the coverage change regardless of whether it would result in an increase or decrease in benefits. The expected impact of the bill in terms of premiums and plan offerings is discussed at the bottom of this version of the text, but ultimately, it was not enacted.

Similar legislation (SB124) was again considered in 2021 in New Hampshire. And although that legislation was enacted, an amendment was introduced during the legislative process that stripped the “birthday rule” guaranteed issue provision out of the bill, and the final version did not contain it.

Medigap in New Hampshire if you’re under 65

People who aren’t yet 65 can enroll in Medicare if they’re disabled and have been receiving disability benefits for at least two years, and 13% of New Hampshire Medicare beneficiaries are under age 65. Federal rules do not guarantee access to Medigap plans for people who are under 65, but the majority of the states have implemented rules to ensure that disabled Medicare beneficiaries have at least some access to Medigap plans. New Hampshire was among the first states to require Medigap insurers to offer plans to people under age 65, with a rule that took effect in the late 1990s. The state’s requirements were reiterated in a 2005 bulletin issued by the New Hampshire Insurance Department.

All Medigap plans in New Hampshire are available to disabled enrollees under age 65, as long as they enroll during the six-month window that begins when they’re enrolled in Medicare Part B. Premiums are higher than the age-65 rates for these enrollees — substantially so for some insurers, and modestly higher for others. Disabled Medicare beneficiaries have another Medigap open enrollment period when they turn 65. At that point, they can switch to a plan with the lower premiums that apply to people who are aging into Medicare, rather than qualifying due to disability. And SB124, enacted in 2021, prohibits Medigap insurers from continuing to charge the higher premiums once a disabled enrollee turns 65. So regardless of whether the person switches to a different plan or keeps the plan they already have, their Medigap rates will reset to the lower age-65 rates once they turn 65.

SB646 (described above) would have also prohibited Medigap insurers from charging higher premiums to enrollees under the age of 65. The bill has passed the New Hampshire Senate, but failed in the House. So Medigap rates are still higher for enrollees under age 65 in New Hampshire.

Although the Affordable Care Act eliminated pre-existing condition exclusions in most of the private health insurance market, those rules don’t apply to Medigap plans. Medigap insurers can impose a pre-existing condition waiting period of up to six months if you didn’t have at least six months of continuous coverage prior to your enrollment (although not all of them choose to do so). And if you apply for a Medigap plan after your initial enrollment window closes (assuming you aren’t eligible for one of the limited guaranteed-issue rights), the Medigap insurer can consider your medical history in determining whether to accept your application, and at what premium.

Original Medicare does not provide coverage for outpatient prescription drugs. Well over half of Original Medicare beneficiaries nationwide have supplemental coverage via an employer-sponsored plan (from a current or former employer or spouse’s employer) or Medicaid, and these plans often include prescription coverage.

But Medicare beneficiaries who do not have drug coverage through Medicaid or an employer-sponsored plan need Medicare Part D enrollment in order to have coverage for prescriptions. Medicare Part D can be purchased as a stand-alone plan, or integrated with a Medicare Advantage plan. Part D was created under the Medicare Modernization Act of 2003, which was signed into law by President George W. Bush.

There are 24 stand-alone Medicare Part D plans for sale in New Hampshire for 2023, with premiums that range from about $4 to $105/month.

In New Hampshire as of September 2022, there were 155,998 people with stand-alone Part D coverage, amounting to about 48% of the state’s total Medicare population. Another 78,374 beneficiaries of Medicare in New Hampshire had Part D prescription coverage as part of their Medicare Advantage plans.

How does Medicaid provide financial assistance to Medicare beneficiaries in New Hampshire?

Our guide to financial assistance for Medicare enrollees in New Hampshire includes overviews of these benefits, including Medicare Savings Programs, long-term care coverage, and eligibility guidelines for assistance.

Medicare in New Hampshire: Resources for beneficiaries and their caregivers

The New Hampshire Insurance Department oversees and regulates health insurance companies in New Hampshire as well as the brokers and agents who sell policies in the state. They can provide assistance, answer questions, and address complaints from consumers regarding the entities they license and regulate.

The Medicare Rights Center is a nationwide service, with a website and call center, that can provide information and assistance to Medicare beneficiaries.

This overview of Medicaid programs for Medicare beneficiaries in New Hampshire is a helpful resource for beneficiaries with limited financial resources.

Need a replacement Medicare Card or have questions about your Medicare card?