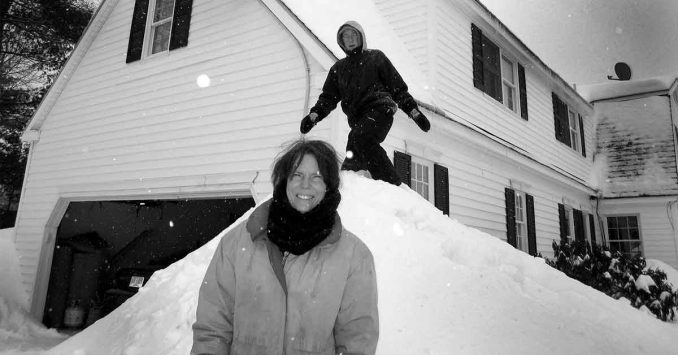 The Granite State has its own regulations and coverage requirements pertaining to short-term health insurance in New Hampshire. The state has also published guidance and information for consumers, highlighting the many ways that short-term healthcare insurance plans offer less robust protections than ACA-compliant plans.

Until October 2, 2018, federal regulations limited short-term plans to no more than three months in duration, and prohibited renewals. But the Trump administration changed the rules at that point, allowing much longer durations for short-term insurance. If states have their own restrictions, however, the state rules apply instead.

Short-term health insurance in New Hampshire can’t exceed six months in duration, and cannot be renewed. Enrollees are allowed to apply for a new short-term plan that can take effect after the first plan ends, but it has to be a new, separate plan, with a new deductible and out-of-pocket exposure.

This effectively prevents people from stringing together multiple short-term policies, back-to-back, in place of an ACA-compliant plan (essentially, you can have up to three short-term plans, and then you’d have to take a break from short-term coverage for at least a year before you could buy another short-term plan.

“Nonrenewable, individual health insurance policies which provide medical, hospital, or major medical expense benefits for a specified term may be delivered or issued for delivery to any person in this state for purposes of providing short-term, interim coverage only and no such policy shall provide coverage for a specified term in excess of 6 months, nor shall any such policy be issued in this state to a person who was previously covered under short-term medical policies providing in total more than 540 days of coverage within the preceding 24-month period.”

The Trump administration’s relaxed rules for short-term plan duration are clear in stating that states may continue to impose tighter regulations than the new federal rules. So short-term plans in New Hampshire continue to have maximum terms of six months and are nonrenewable.

As of mid-2021, the New Hampshire Insurance Department had just one insurer, Independence American Insurance Company, listed as offering short-term health plans in the state.

But SERFF filing data (filing number AMMS-132655853) indicate that Golden Rule (part of UnitedHealthcare) received approval for new short-term health plans from the New Hampshire Insurance Department in mid-2021. As of September 2021, it appeared that those plans were not yet for sale, as Golden Rule’s New Hampshire products were still limited to dental plans. But if and when the company starts to market their short-term plans in New Hampshire, there should be products available from both Independence American and Golden Rule.

Who can buy short-term health insurance in New Hampshire?

Short-term health insurance in New Hampshire can be purchased by residents who can meet the underwriting guidelines that insurers use. In general, this means being under 65 years old and in fairly good health.

And short-term health plans do not have to cover the essential health benefits (prescription drugs, maternity care, and mental health care are the most commonly excluded) and can impose caps on the maximum amount they’ll spend on your medical costs.

If you’re in New Hampshire and need health insurance, your first step should be to see whether you’re eligible for a special enrollment period that would allow you to enroll in an ACA-compliant major medical plan. There are a variety of qualifying life events that will trigger a special enrollment period and allow you to buy a plan through the health insurance exchange in New Hampshire (HealthCare.gov).

These plans are purchased on a month-to-month basis, so you can enroll in a plan even if you only need coverage for a few months before another policy takes effect. And if your annual household income makes you eligible for a premium subsidy, you might find that an ACA-compliant plan is even less expensive than a short-term plan (you can qualify for a premium subsidy that will be prorated for just the months you need coverage, as long as your total annual income falls within the eligible range).

The annual open enrollment period for ACA-compliant coverage runs from November 1 to January 15. You do not need a qualifying event to sign up during this window. And it’s worth noting that the American Rescue Plan’s premium subsidy enhancements will continue to be available for 2022, making ACA-compliant coverage more affordable than it’s been in prior years.

When should I consider short-term health insurance in New Hampshire?

The New Hampshire Insurance Department has a comprehensive guide for consumers, outlining the questions people should ask themselves before opting for a short-term medical plan.

But there may be times when a short-term health plan might be the only realistic option, or the best option to meet your needs for a short while, such as:

Learn more about Medicaid in New Hampshire, which might be an option depending on your current monthly household income, and which would provide more robust coverage than a short-term health plan.