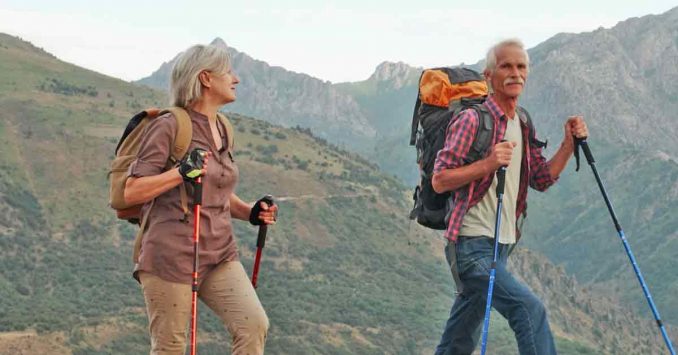 Who is eligible for Medicare?

Medicare is a nationwide program created in 1965 to provide health insurance coverage for Americans aged 65 and older. Medicare is run by the federal government, specifically the Centers for Medicare and Medicaid Services.

Medicare was later expanded and now also covers people younger than 65 who have permanent disabilities, as well as those diagnosed with end-stage renal disease (ESRD) and amyotrophic lateral sclerosis (ALS). Learn more about Medicare.

As of mid-2022, there were 2,112,125 residents with Medicare in North Carolina. For most of them, Medicare coverage enrollment was triggered by turning 65. But almost 14% of North Carolina Medicare beneficiaries — about 290,000 people — were under age 65 as of 2022.
Nationwide, there are nearly eight million people under the age of 65 who are covered by Medicare, accounting for about 12% of all Medicare beneficiaries. This is because Medicare eligibility is also triggered once a person has been receiving disability benefits for 24 months, or has kidney failure or ALS.

By mid-2022, total private Medicare enrollment in North Carolina (not counting people with private supplemental coverage like Part D and Medigap) had grown to 49% percent of the state’s Medicare population (slightly higher than the national average at that point), with 1,034,223 people enrolled in private plans. The other 1,077,902 Medicare beneficiaries had Original Medicare coverage as of mid-2022.

Medigap plans are sold by private insurers, but they’re standardized under federal rules and regulated by state laws and insurance commissioners. There are 48 insurers that offer Medigap plans in North Carolina. The state’s plan comparison tool displays the plans based on how much they cost, to make it easy to compare the various options. Since the plan benefits are standardized (ie, Plan G has the same benefits regardless of which insurer sells it), consumers can make their plan selection based on premiums and less tangible factors like customer service. North Carolina’s Medigap shopping guide is a useful resource for consumers.

North Carolina allows Medigap insurers to pick their own rating approach, so nearly all of the plans for sale in the state use attained-age rating, which means that an enrollee’s premiums will increase as they get older, regardless of how old they were when they first enrolled. The other two approaches to Medigap premiums are issue-age rating, in which premiums are based on the age the person was when they enrolled, and community rating (sometimes called “no age” rating), which means premiums don’t vary based on age; some states require one of these approaches, but North Carolina does not. Only three Medigap insurers in North Carolina were using issue-age rating as of 2022, and just one — UnitedHealthcare-AARP — used community rating.

Federal rules require Medigap insurers to offer plans on a guaranteed-issue basis during an enrollee’s open enrollment period, which begins when the person is at least 65 years old and enrolled in Medicare Part B (and Part A; you have to be enrolled in both to obtain Medigap). But federal rules do not guarantee access to Medigap plans for people under age 65. But North Carolina is among the majority of the states that have enacted rules to ensure access to Medigap plans for disabled enrollees under age 65.

North Carolina Medicare beneficiaries under age 65 are granted a one-time six-month open enrollment period that begins when they’re enrolled in Medicare Part B (or when they find out they’ve been retroactively enrolled in Part B). So they essentially have the same enrollment period as people who are turning 65, but it applies regardless of age, and it only guarantees access to Plan A and, in some cases, Plan C and Plan F or Plan D and Plan G.

Disabled Medicare beneficiaries have access to the Medigap open enrollment period when they turn 65. At that point, they have access to any of the available Medigap plans, at the standard age-65 rates.

There are 24 stand-alone Medicare Part D plans for sale in North Carolina for 2023, with monthly premiums that range from about $4 to $133.

Medicare Part D enrollment is available when a person is first eligible for Medicare, and also during the annual open enrollment period that runs from October 15 to December 7.


How does Medicaid provide financial assistance to Medicare beneficiaries in North Carolina?

Our guide to financial assistance for Medicare enrollees in North Carolina includes overviews of these benefits, including Medicare Savings Programs, long-term care coverage, and eligibility guidelines for assistance.

Helpful resources for North Carolina Medicare beneficiaries and their caregivers

Do you have questions about Medicare eligibility in North Carolina or need help selecting the best options for your specific situation? These resources provide free assistance and information.