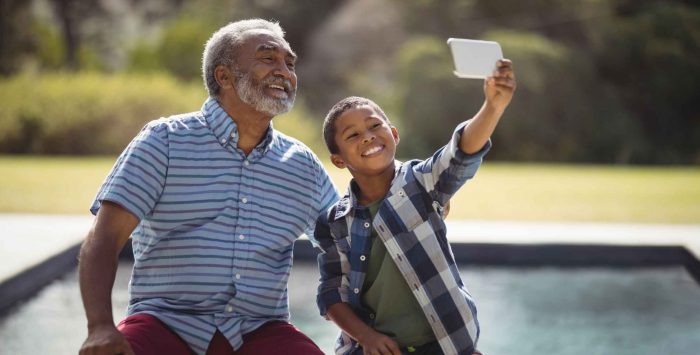 As of December 2021, there were 2,818,067 Pennsylvania residents enrolled in Medicare. That’s about 22% of the state’s population, versus nationwide Medicare enrollment encompassing just about 19% of the United States population. Pennsylvania has the fifth-highest percentage of residents who are age 65 or older, so it makes sense that the state has a higher than average percentage of residents enrolled in Medicare.

For most Americans, eligibility for Medicare benefits is tied to turning 65. But Medicare eligibility is also triggered when a person has been receiving disability benefits for at least two years (people with ALS or end-stage renal disease do not have to wait two years for their Medicare enrollment to begin).

As of late 2021, about 13% of Pennsylvania’s Medicare beneficiaries were under 65 and eligible for Medicare due to a disability (as opposed to being eligible due to their age), which was roughly the same as the nationwide average.

Original Medicare includes Part A (also called hospital insurance, which helps pay for inpatient stays, like at a hospital, skilled nursing facility, or hospice center) and Part B (also called medical insurance, which helps pay for outpatient care like a doctor appointment or a preventive healthcare service, such as most vaccinations). Medicare Advantage plans bundle Parts A and B under a single monthly premium and often include other services like prescription drug and vision coverage. There are pros and cons to either option, and the “right” solution is different for each individual.

Pennsylvania stands out as having among the most robust Medicare Advantage markets in the country. Plan availability varies by county, but every county in Pennsylvania has at least 38 Advantage plans available in 2022, and most have far more than that.

There are 69 insurers that offer Medicare plans in Pennsylvania as of 2022. According to data compiled by AHIP, 711,230 Pennsylvania residents had Medigap coverage as of 2019.

Medigap plans are standardized under federal rules, with ten different plan designs (differentiated by letters, A through N), but premiums vary significantly from one insurer to another. Federal rules provide a six-month guaranteed-issue window for Medigap plans, which begins when the person is at least 65 and enrolled in Medicare Part B.

Pennsylvania statute (Title 31, § 89.778) prohibits Medigap insurers from charging higher premiums based on medical history when a person enrolls during their initial six-month enrollment window, so premiums cannot be higher for disabled enrollees (in many states, Medigap coverage is guaranteed-issue for beneficiaries under 65, but premium can be higher; Pennsylvania does not allow this). According to Medicare’s plan finder tool, average premiums for Medigap Plan A in Philadelphia (male, non-smoker) range from about $80/month to $303/month, depending on the insurer.

According to a Business Insider analysis, the average cost of a Medigap plan in Pennsylvania in 2018 was $140/month. Twenty states have higher average premiums, and 29 have lower average premiums, ranging from about $109/month in Hawaii, to about $162/month in Massachusetts.

In 2022, there are 25 stand-alone Medicare Part D plans for sale in Pennsylvania, with monthly premiums that range from about $7 to $178.

Medicare Part D enrollment (for stand-alone plans as well as Medicare Advantage plans with integrated Part D coverage) is available during the annual election period, from October 15 to December 7 each year. Plan changes made during this window will take effect the following January 1.

How does Medicaid provide financial assistance to Medicare beneficiaries in Pennsylvania?

Our guide to financial assistance for Medicare enrollees in Pennsylvania includes overviews of these benefits, including Medicare Savings Programs, long-term care coverage, and eligibility guidelines for assistance.

Helpful resources for Pennsylvania Medicare beneficiaries and their caregivers

Do you have questions about Medicare eligibility in Pennsylvania? Do you need help understanding your options or getting signed up for Medicare coverage? See the below list of free resources to help you access and manage your Medicare coverage.