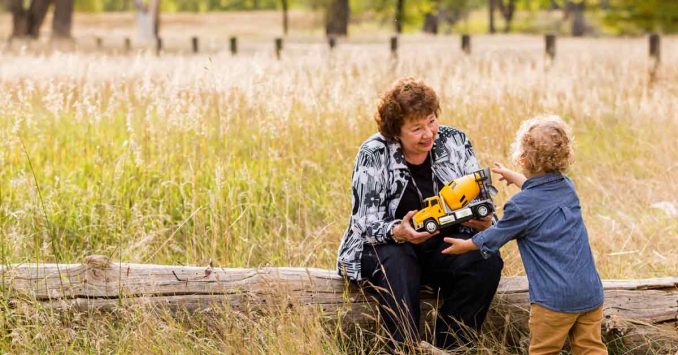 How many people are enrolled in Medicare in Wisconsin?

In most cases, enrollment in Medicare goes along with turning 65. But Medicare also provides coverage for disabled Americans under age 65, once they have been receiving disability benefits for 24 months, and for people with ALS or end-stage renal disease. Nationwide, about 12% percent of Medicare beneficiaries are under age 65, and it’s roughly the same percentage in Wisconsin.

Medicare beneficiaries can choose from among several options to access Medicare coverage. The first choice is between private Medicare Advantage plans or Original Medicare, where coverage is paid for directly by the federal government. There are pros and cons to either option, and the right solution is different for each person.
Medicare beneficiaries also have options around Medigap policies and Medicare Part D (prescription drug) coverage.

Original Medicare coverage is provided directly by the federal government, and enrollees have access to a nationwide network of providers. But people with Original Medicare need supplemental coverage (from an employer-sponsored plan, Medicaid, or privately purchased plans) for things like prescription drugs and out-of-pocket costs (i.e., premiums, deductibles, copayments, and coinsurance), which are not capped under Original Medicare.

Original Medicare includes Part A (also called hospital insurance, because it helps to pay for inpatient stays in a hospital, skilled nursing facility, or hospice center) and Part B (also called medical insurance, which helps pay for outpatient and physician care like a doctor appointment or preventive healthcare services).

Although Medigap plans are sold by private insurers, the plans in nearly every state are standardized under federal rules. But Wisconsin is one of just three states that have waivers from the federal government allowing the state to conduct its own Medigap standardization. So Medigap plans in Wisconsin are not the same as they are in most of the rest of the country.

Instead of having ten different plan designs available (as is the case in most states), Wisconsin Medigap is structured so that there’s a basic plan, and then enrollees can choose to add riders that make the coverage more comprehensive. So instead of buying “Plan G” (as newly-eligible enrollees in most states would do if they wanted the most comprehensive Medigap plan), Wisconsin Medigap enrollees would buy the basic plan and then add on the optional riders.

Wisconsin Medigap insurers have to offer “basic benefits” that include coverage for Part A coinsurance (including the Part A hospice coinsurance and hospital coinsurance), Part B coinsurance, and up to three pints of blood each year. Each Medigap insurer has to offer a “Basic Plan,” which includes the basic benefits in addition to Part A skilled nursing facility coinsurance, additional coverage for home health care and inpatient mental health care (both have limits on the number of days that are covered), outpatient mental health care, and Wisconsin state-mandated benefits.

In addition, Wisconsin Medigap insurers can offer up to seven optional riders that beneficiaries can purchase, with coverage for things like the Part A deductible, additional home health care, the Part B deductible and excess charges, and foreign travel coverage for emergencies abroad (people who are newly eligible for Medicare in 2020 or later are not be able to purchase Medigap coverage for the Part B deductible; those who already had this coverage can keep it, and people who became eligible for Medicare prior to 2020 can still purchase it, assuming they can meet the medical underwriting requirements; this applies nationwide, under the terms of the Medicare Access and CHIP Reauthorization Act of 2015).

So if a person in Wisconsin wants a Medigap plan that’s comparable to Medigap Plan G sold in other states, they would need to buy the Basic Plan plus riders for the Part A deductible, Part B excess charges, additional home health care benefits, and foreign travel emergency coverage. Medigap coverage similar to the various lettered plans sold in other states can thus be obtained in Wisconsin by layering various riders on top of the Basic Plan.

Medigap insurers in Wisconsin can also offer cost-sharing plans that require the member to pay a portion of the out-of-pocket costs until they reach a specified out-of-pocket limit (similar to Medigap plans K and L that are sold in other states), and high-deductible plans that require the member the pay all costs until they meet the deductible for the year (similar to the high-deductible versions of Medigap plans F and G that are sold in other states).

There are at least 27 insurers that offer traditional Medigap plans in Wisconsin, in addition to four insurers that offer Medicare Select plans. (Wisconsin’s Medigap guide notes that there may be other insurers in the state that have chosen not to have their pricing and sales information detailed in the publication). 303,850 Wisconsin Medicare beneficiaries had Medigap coverage as of 2020, according to an AHIP analysis.

Lawmakers in Wisconsin considered SB1021/AB1086 in 2022 (similar to SB615, which was considered in 2020, and legislation that had also been introduced in 2018). The legislation, which did not pass, would have created a “birthday rule,” allowing people to switch to equal or lesser Medigap plans without underwriting during a window linked to their birthday each year. Such provisions are fairly rare – only 11 states have guaranteed-issue rules for Medigap outside of the initial enrollment window. And although Wisconsin lawmakers have considered changing that rule several times, they have not yet done so.

People who aren’t yet 65 can enroll in Medicare if they’re disabled and have been receiving disability benefits for at least two years About 12% of Medicare beneficiaries in Wisconsin are under age 65. Federal rules do not guarantee access to Medigap plans for people who are under 65, but the majority of the states — including Wisconsin — have implemented rules to ensure that disabled Medicare beneficiaries have at least some access to Medigap plans.

Medigap insurers in Wisconsin are required to offer coverage to disabled enrollees under age 65, with the same six-month open enrollment period that begins when the person is enrolled in Medicare Part B. But premiums for people under the age of 65 are considerably higher than premiums for people who are 65 and over. And insurers are only required to offer the Medigap Basic Plan to applicants under the age of 65. There are only a handful of insurers that offer any other plans.

Disabled Medicare beneficiaries also have access to the normal Medigap open enrollment period when they turn 65. At that point, they can select from among any of the available Medigap plans, with lower premiums that apply to people who are aging onto Medicare when they turn 65.

Disabled Medicare beneficiaries have the option to enroll in a Medicare Advantage plan instead of Original Medicare, and the premiums are not higher for those under 65. But as noted above, Advantage plans have more limited provider networks than Original Medicare, and total out-of-pocket costs can be as high as $8,300 in 2023 for in-network care, plus the out-of-pocket cost of prescription drugs.

Medicare beneficiaries who do not have Medicaid or employer-sponsored drug coverage need Medicare Part D enrollment in order to have coverage for prescriptions.  Medicare Part D was created under the Medicare Modernization Act of 2003, and can be purchased as a stand-alone plan, or obtained as part of a Medicare Advantage with built-in Part D benefits.

There are 23 stand-alone Medicare Part D plans for sale in Wisconsin in 2023, with premiums that range from about $7 to $113/month.

How does Medicaid provide financial assistance to Medicare beneficiaries in Wisconsin?

Our guide to financial assistance for Medicare enrollees in Wisconsin includes overviews of these benefits, including Medicare Savings Programs, long-term care coverage, and eligibility guidelines for assistance.

Medicare in Wisconsin: Resources for beneficiaries and their caregivers

Need help with your Medicare application in Wisconsin, or have questions about Medicare eligibility in Wisconsin? These resources provide free assistance and information.