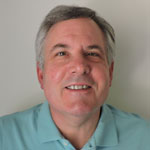 Scott practiced primary care internal medicine in California and Utah for 25 years. He has been a member of the management team of private, public, and corporate medical groups.

Scott joined Doctors for America in 2009 hoping to improve the American health care delivery system’s problems of access, cost, and quality which became apparent to him in his early days of training and practice.   He has served DFA as Utah State Director.  Retired from medical practice since 2011, he resides in Draper, Utah with his wife Berni and son Brent.