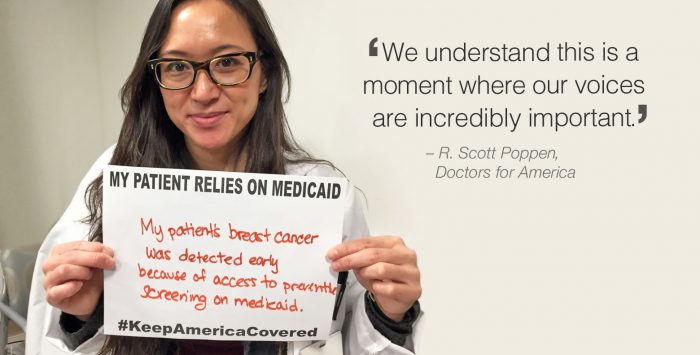 View all photos at Tumblr

In October of 2016, physician supporters of the Affordable Care Act were looking forward to 2017. With a new administration and Congress, advocates were hopeful we could start improving the ACA. Most urgently, that would be making premiums in the ACA’s marketplaces more affordable, and co-pays and deductible more reasonable.

Although surveys showed that two-thirds of ACA marketplace participants were happy with their coverage, and three-quarters were – thanks to subsidies – paying premiums of less than $100 a month, there were still problems. Some eligible for the marketplaces were finding the premiums unaffordable and copays/deductibles unworkable in accessing care for routine health matters. And these complaints, plus news of double-digit marketplace premium increases, became the predominant narrative in the final days of the election. Candidate Trump, a master of single-word labeling, declared the ACA a “disaster.”

But post-election, instead of tweaking the ACA to fix its flaws, we are instead faced with a full repeal with truly catastrophic consequences.

Most seriously impacted will be the 8 million Americans who will lose expanded Medicaid coverage. This low-income group, employed in low-paying service industry jobs, will lose all access to insurance and will rely on their meager spare cash to access the health care system. This will result in missed opportunities for preventive care and early detection of chronic disease.

Increasingly, the evidence is demonstrating that this population, without insurance, has more chance of becoming disabled from the complications of chronic disease and of dying prematurely.

Any physician, or even a medical student, who has spent even a few months in front-line clinical practice can tell you that lack of insurance and access to care leads to disaster. In January of 2010, as the ACA was winding its way towards Congressional passage, I was called to the emergency department at my hospital to see a 20-year-old man in medical crisis. He was an insulin-dependent diabetic who had just moved to my state to find full-time employment at a fast-food restaurant.

He discovered that without insurance, it would be months before he could access a physician. He now had run out of his insulin and was in a state of diabetic ketoacidosis – a fatal condition unless rapidly reversed. Three days later, after a hospital stay that included two days in the Intensive Care Unit and tens of thousands of dollars of bills (that he would never be able to pay and were thus shifted to those with insurance) I sent him home with the $50 bottle of insulin that would have prevented the entire episode. 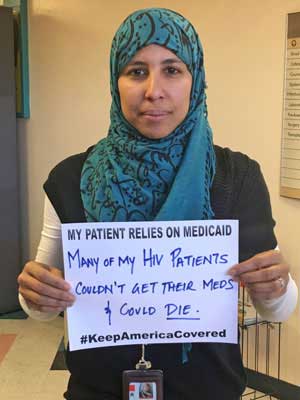 Repeal will also impact the 12 million Americans buying insurance through the ACA marketplaces. This group will lose their subsidies and find their insurance unaffordable. The healthy ones will cross their fingers and hope that they don’t become sick. Those with chronic illnesses will pay what they can for the needed care but skimp on visits, testing, and medications which will make their lives less comfortable, set them up for disability as their conditions worsens, and/or shorten their lives.

It can be stated with 100 percent certainty that some unfortunate people in this group with lose their insurance in the middle of treatment for a serious condition, such as cancer. They will receive only a portion of the surgery, chemotherapy, medication, and/or radiation therapy that their condition requires, cross their fingers that it was sufficient, but end up developing recurrence of their cancer a few months or years later – and die needlessly.

8 million will be collateral casualties of repeal 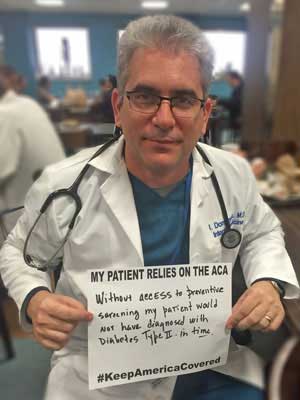 And another 8 million folks, according to a recent Urban Institute study, will be collateral casualties of an ACA repeal. They have individual health insurance policies which they did not purchase through the marketplaces. But the individual health insurance markets, ACA and non-ACA, have become so intertwined that the demise of the ACA will make buying their non-ACA insurance offering much more expensive. Thus even more people will drop insurance and lose affordable access to care.

Many physicians are dismayed and disappointed that we are here. But we understand this is a moment where our voices are incredibly important. Many are speaking out because they know how high the stakes are. We understand more than most policy makers, on both sides of the aisle, are human beings of compassion who are touched by their constituent’s stories. We are already seeing members of Congress stating – in the same sentence – that the ACA is a disaster, but people are going to get hurt if we repeal it. And we understand that some patients, for many reasons, may not be able to adequately share their stories with their elected representatives.

Therefore, Doctors for America is joining the Protect Our Care Coalition and the Alliance for Healthcare Security to ensure the voices of physicians and patients are at the forefront of these discussions. On Monday, we took action with them through a Thunderclap call for stories – which drove 730 story submissions to our Tumblr page.

We saw stories pouring in from physicians and medical students from across the country. We believe these patient stories will be crucial as we fight to keep millions of Americans covered. Check out our Tumblr page to read some of the powerful stories we have received.

In sharing these stories, we hope that our policy makers will understand that the only true disaster is the one that awaits us if the ACA is repealed.