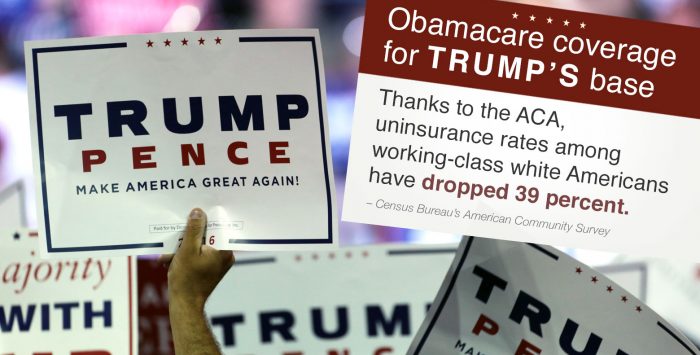 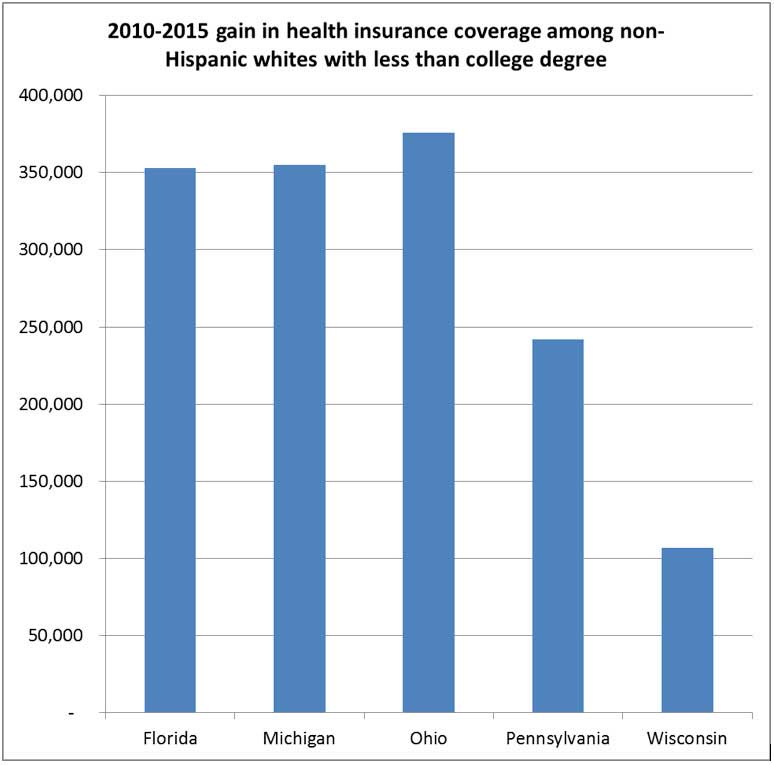 ACA was responsible for sharp coverage increases in the five most prominent battleground states – Florida, Michigan, Ohio, Pennsylvania, and Wisconsin.

The Urban Institute’s Bowen Garrett and Anuj Gangopadhyaya released a report yesterday with the self-explanatory title: “Who gained health insurance coverage under the ACA, and where do they live?” Their report used 2010 and 2015 data from the Census Bureau’s American Community Survey to examine the impact on health insurance coverage of the ACA and related policies. These are highly respected people who do excellent work.

The authors report many findings. An estimated 19.2 million people, including 2.8 million children, gain insurance coverage. One poignant aspect of their report stands out: The importance of ACA for precisely the group of working class non-Hispanic white people who form the political base of the President-elect who has pledged to repeal health reform.

Garrett and Gangopadhyaya estimate that almost one-third of all Americans who gained health insurance since 2010, 6.2 million people, were non-Hispanic white people with less than college degrees – a decent working definition of the working class. Uninsurance rates among working-class white people have declined 39 percent – with larger percentage declines in states that adopted ACA’s Medicaid expansion. 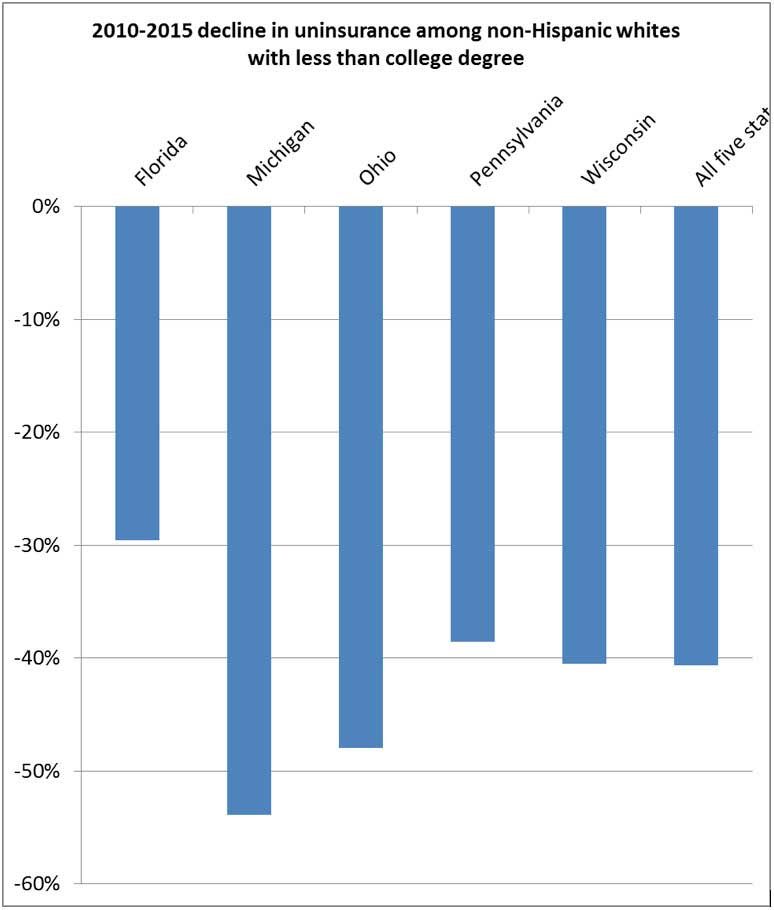 Among non-elderly non-Hispanic whites with less than a college education, uninsurance dropped by 41 percent, with the sharpest declines in Ohio and Michigan.

In perhaps the cruelest irony, ACA was responsible for sharp coverage increases in the five most prominent battleground states – Florida, Michigan, Ohio, Pennsylvania, and Wisconsin.

Among non-elderly non-Hispanic whites with less than a college education, uninsurance dropped by 41 percent, with the sharpest declines in Ohio and Michigan.

The Affordable Care Act (ACA) has many challenges. I wish that it did more for people. It also does an incredible amount of good for millions of people—including precisely the group of swing-state white voters who delivered the election to Republicans who have pledged to in some way snatch that coverage away.

Recent news stories indicate that many Trump voters who benefit from ACA simply don’t believe it will actually be repealed. Wow. I hope they are right – for their sake and the sake of many others.