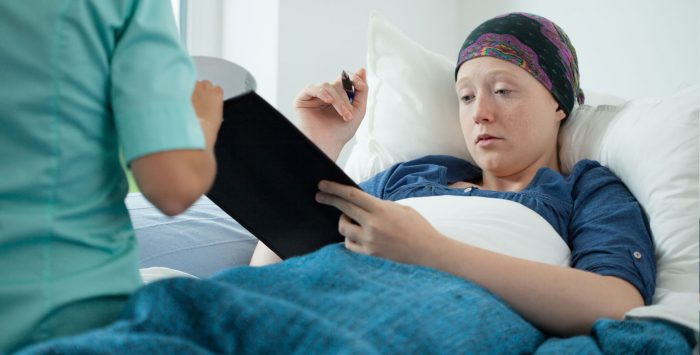 The fates of two Chicagoland men highlight what is at stake right now in the “repeal and replace” health reform debate occurring in Washington.

Rocky Clark was a football star at Eisenhower High School in Blue Island, Illinois. In September, 2000, he suffered a devastating spinal cord injury on the gridiron. Clark’s injury occurred before ACA, and although he lived for 12 years as a quadriplegic, he died 16 months after his insurance coverage ended. His obituary in the Chicago Tribune described what happened:

“In August 2010, Clark was informed the $5 million health insurance had reached its maximum and would no longer cover his medical needs.

At the time his policy ended, Clark said he felt he was being punished for living too long. Many quadriplegics die within 10 years after their injury because of lung or kidney failure. But Clark was able to thrive, in part because of the meticulous health care he received, his physician and family members said.

After losing coverage, Clark relied on Medicaid, some state support and his mother, Annette, who did her best to perform the work formerly handled by three nurses.”

Rocky died not long after that, leaving his mother with a pile of big medical bills.

Fast forward the tape 15 years, to the story of Chicagoan Carlo Trovato. At 42, he was diagnosed with leukemia. He has private insurance, not Medicaid or insurance purchased on the Illinois marketplace. Not much about his life before that diagnosis fits the stereotype of “I need Obamacare,” but it’s there.

When Carlo was diagnosed, his wife Tracy dug through the boring and complicated health insurance paperwork few of us have ever carefully read. A beautifully-told news story by Lisa Schencker describes what happened next:

She dug up one paper that said the plan would pay no more than $1 million for medical services in a lifetime. The Chicago woman and her husband, Carlo, called their insurance company in a panic.

“Our first question was, ‘Can we take care of leukemia in a million dollars?'” Tracy Trovato said. The woman on the other end of the line reassured them, telling them, “The president took care of that, we don’t have maximum caps anymore,” Trovato recalled.

“Those were among the sweetest words,” said Trovato, whose insurance is through her husband’s employer.

If your mind gravitates towards suspicion of the mainstream media, you might suspect that this story appears in the Huffington Post, Mother Jones, or some other liberal source. Actually this story is from two days ago in the venerably conservative Chicago Tribune, which in its editorial wisdom chose to endorse Gary Johnson in the 2016 presidential election.

Before ACA, 70 million Americans with insurance provided through a large employer (not to mention another 35 million people in small-group or individual plans) faced annual or lifetime dollar-limits in the event of a devastating illness or injury.

ACA banned these limits so that men like Carlo Trovato could be spared the indignities and harm inflicted on men like Rocky Clark. That’s one of many boring fine-print provisions that suddenly become incredibly non-boring when your partner is diagnosed with cancer. If you have health insurance, you might check your own paperwork to see if your family has benefitted from that provision without even knowing it. Through this and other provisions, ACA has already markedly reduced the number of Americans who report that they can’t get medical care because they can’t afford it. Fewer are struggling with medical bills. Fewer cancer patients and accident victims will fall into medical bankruptcy or lose their homes.

Nobody really knows whether Republicans would retain these provisions if they move to replace ACA. It’s one of the myriad details we need to see before any responsible vote can be taken to repeal ACA. Most political experts seem to think that these details will be left to the states. That’s hardly reassuring when one considers that these two stories occurred in blue-state Illinois, where an estimated 4.7 million people faced some lifetime limit before ACA. It’s even less reassuring when one considers deep-red states that out of partisan spite refused to accept more than a 90 percent federal match to insure their poorest citizens.

Avik Roy, a prominent ACA critic, reminded the Tribune that it’s important to recognize that banning annual and lifetime caps raises insurance premiums: “There’s no such thing as a free lunch.”

That’s true. ACA made insurance more transparent, forbad discrimination against the sick and injured, sought to ensure that coverage actually works when people become seriously ill, and provided public subsidies to those who couldn’t afford coverage. All of these things cost money — in higher premiums, in the requirement that young and healthy people buy insurance, in the taxpayer dollars required to finance Medicaid and marketplace subsidies.

ACA included fairly unpopular measures to pay for itself, including an individual mandate. reduced overpayments to Medicare Advantage plans, some Medicare provider cuts, and taxes increases on individuals with annual incomes over $250,000. From a policy perspective, these tradeoffs were worth it. From a political perspective, perhaps it would have been wiser to run up the deficit.

And there is no free lunch if we allow insurers to impose these caps, either. Carlo Trovato’s health plan might be a bit cheaper if it retained that $1 million lifetime cap. But then what actually happens when a 42-year-old leukemia patient blows through that? As Schenckers story notes:

Tracy Trovato stopped keeping track of the actual cost of Carlo Trovato’s treatment — paid for by their insurer — once it hit about $425,000 a couple of years ago.

The family feels fortunate that Carlo Trovato now has been cancer-free for about three years. But he isn’t yet in the clear. He still has to get bone marrow biopsies every six months, and there’s a 15 percent to 20 percent chance of the cancer returning.

Maybe he won’t get needed care. Maybe his family will cash out his retirement account and whatever other savings they might control. If they’re multi-millionaires, maybe that will be enough.

More likely, the Trovato family will spend down its assets, be placed on some waiting list, and end up on Medicaid or Medicare. Or maybe Mr. Trovato will be shunted into some jerry-rigged high-risk insurance pool. These pools have an almost uniquely bad historical track record, including for cancer care, and were almost universally under-funded, with resulting high premiums and copayments with important limitations on coverage. Adding insult to injury, most state high-risk pools had their own lifetime or annual dollar-spending caps which patients such Rocky Clark and Carlo Trovato were likely to exceed.

Whether Trovato ends up on public insurance or in a high-risk pool, the taxpayer would ultimately be footing the bill to bail out a private insurance system which has failed the Trovato family in its moment of greatest need.

Compared with all that, we should be proud that ACA provided a more sensible, dignified, and humane path to financing Carlo Trovato’s care. ACA is working for him, and for many other people with life-altering illnesses. Before we smash something which is basically working, we’d better make sure we have a good plan to clean up the resulting mess.