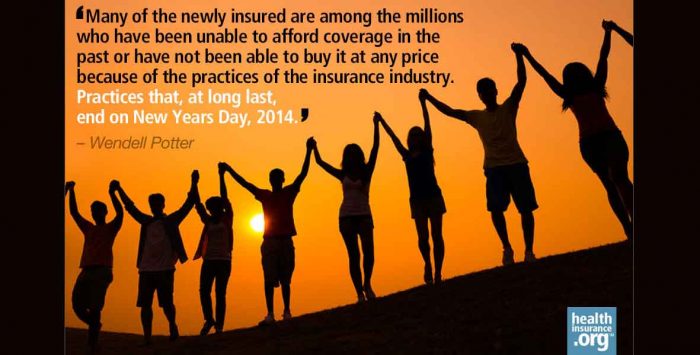 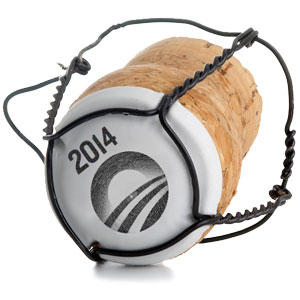 As we say goodbye to 2013, we can also finally say goodbye to a bunch of insurance industry practices that pushed millions of us into the ranks of the uninsured and made it necessary for many others of us to pay good money for lousy coverage. Bring out the bubbly and party hats! The end of the old world of health insurance – and beginning of a more equitable one – is reason enough to celebrate.

January 1, 2014 is without a doubt the most important date in the 3½-year history of the Affordable Care Act, a.k.a., Obamacare. Not only is that the date that policies purchased as of Christmas Eve on the state and federal marketplaces (exchanges) go into effect, it is also the day many of the most egregious – and profitable – practices of the insurance industry become a thing of the past.

Here are just three of the “BFDs” (to use the term Vice President Biden once used to describe the health care reform law) now taking effect:

Chances are, you haven’t been hearing about these changes in the media. Reporters and pundits continue to be obsessed with what politicians say about the law rather than what’s actually in it and how it will affect us.

That goes a long way toward explaining why polls continue to show that most people believe the law will have a negative rather than positive effect on them and their families.

And Americans, it seems, have collective amnesia. According to a recent poll, many folks who have been notified that their premiums will be going up next year believe the Affordable Care Act is the sole reason for the increase. They apparently have forgotten that premiums and deductibles have been going up, often by double digits, every year for at least a couple of decades. The reality is that the rate of premium increases since Obama signed the Affordable Care Act has been lower than in many previous years.

Between 2001 and 2011, average premiums for family coverage increased 113 percent, according to the Kaiser Family Foundation, which has been keeping track of the cost of health insurance for years. Not only did premiums increase steadily in the years before the law was passed, but employers also shifted more of the cost of the premiums to their workers and increased deductibles every year.

The four percent increase for employer-sponsored family coverage last year was much lower than the average increase in the decade before ACA became law, according to the folks at Kaiser.

“We are in a prolonged period of moderation in premiums, which should create some breathing room for the private sector to try to reduce costs without cutting back benefits for workers,” Kaiser President and CEO Drew Altman said in August when his organization released the most recent health insurance numbers.

Health reform gains by the numbers

Chances are you missed that news. Here are some other numbers you might also have missed:

Many of the newly insured are among the millions who have been unable to afford coverage in the past or have not been able to buy it at any price because of the practices of the insurance industry. Practices that, at long last, end on New Year’s Day, 2014.

To learn more about how the reform law is affecting us, check out my new eBook, Obamacare: What’s in It for Me? What Everyone Needs to Know About the Affordable Care Act. It’s available now – just in time for the holidays – on Amazon.com.