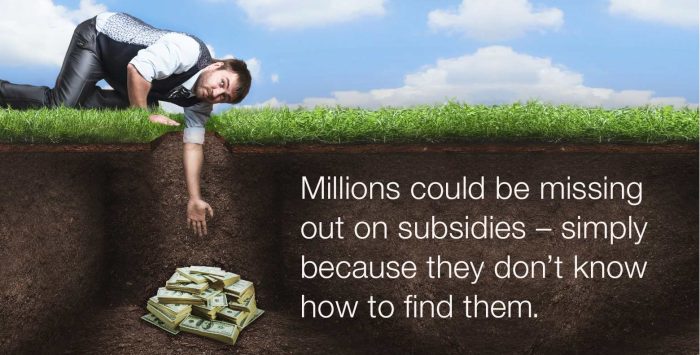 Way back in mid-March 2014, I was surprised to discover that, as of 2014, the off-exchange individual market didn’t exist in either Vermont or the District of Columbia. All individual plans have to be sold through the ACA exchange itself.

Since then, I’ve repeatedly called attention to the VT/DC “on-exchange only” policy, and realized that it would be a great idea if the rest of the states followed their lead, for a number of reasons:

While some of these folks are sticking with noncompliant plans by choice, up to 1.5 million of them are already enrolled in the same plans that are available on the exchange … but are paying full price when they shouldn’t have to! Moving all individual plans on-exchange only would automatically mean that anyone who is eligible for APTC (the Advanced Premium Tax Credit) and/or CSR (Cost-Sharing Reduction subsidies) would be in a position to receive it.

I’ve listed several justifiable reasons why some of these people not be enrolled in exchange policies … but my guess is that for the majority of them, they’re leaving money on the table for absolutely no reason other than not understanding how ACA tax credits work and/or not realizing that they qualify for them. If every ACA-compliant plan was only available via the exchanges, this would no longer be a problem: One-stop shopping.

I can’t emphasize the importance of this enough. Between PPOs vs HMOs; Co-Pays vs. Co-Insurance; different Metal Levels; In Network vs. Out of Network and so on, people are already confused about the different “types” of healthcare plans. The last thing they need is to be further confused about whether their plan is “through the exchange” or “direct from the carrier,” especially if they could save money (up to thousands of dollars in some cases) by enrolling in the exact same policy through the exchange.

I happened to speak with an insurance agent here in Michigan who was familiar with my work at ACASignups.net. I asked for his take on this idea, and to my surprise he was all for it. In addition to the various reasons listed above, he also noted that he’s aware of some brokers/agents who deliberately steer customers towards off-exchange policies even though they know that the customers might qualify for subsidies if they did so via the exchange. Why? Because some carriers have stopped offering brokers commissions for exchange-based plans.

I believe some states are attempting to pass legislation to prevent this sort of thing, but it would be much easier for everyone involved – and far less confusing for the enrollee – if they knew that whatever policy they chose, they’d be eligible for tax credits if they qualified for them, without having to risk missing out because they enrolled via the “wrong channel.”

Requiring all plans be sold via the exchange exclusively means that when people visit HealthCare.gov or a state-based exchange, they can be certain that all the policies available to them are presented in a clear, easy-to-compare fashion.

There are actually upwards of 9 million or so people enrolled in off-exchange individual healthcare policies. Of these, perhaps 2 million are enrolled in non-ACA compliant plans (grandfathered/transitional), while the other 7 million or so are enrolled in either the exact same QHPs sold via the exchange, or are at least similar enough to be considered ACA-compliant by the HHS Dept.

The transition is likely to happen anyway

In other words, over 60 percent of the ACA-compliant market is already on the exchanges, and as time goes on that percent is likely to move upwards … so why not speed things along?

Unfortunately, so far, no other states have done so, and in fact Vermont had to reverse their policy last fall for technical reasons, although HealthCare.Gov and the other exchanges have improved to the point that this shouldn’t be an issue for anyone else.

Then, just recently, Henry J. Aaron of the DC Health Benefit Exchange Authority wrote an Op-Ed for the Washington Post in which he strongly called for other states to do exactly that:

Now with Aetna’s announcement that it will stop selling insurance in 11 of the 15 states where it has been active and will abandon previously announced expansions in five others, Obamacare supporters are worried. And with good reason. If too many insurers jump the Obamacare ship, customers will be left adrift.

Fortunately, there is a simple way to reduce this risk. It was crafted in the District of Columbia by the D.C. Health Benefit Exchange Authority: Make the Obamacare exchange one big marketplace for everyone buying individual health insurance coverage. Nationwide, this would merge the 12 million people who get their insurance through Obamacare with the roughly 9 million who buy their policies outside the exchanges.

Mr. Aaron’s article does need some clarification: I don’t think he knew about Vermont’s turnaround, and I suspect the total pool would be closer to 18 million instead of 21 million when you subtract noncompliant plans. However, his larger point is still very much valid.

The other clarification is that all 18 million ACA-compliant plans are already supposed to be part of the same risk pool, so it may not have any impact on the risk pool … officially.

HOWEVER, this leads to a seventh reason to move everything onto the exchanges:

In fact, aside from the inevitable political backlash to doing so, there are only three legitimate problems with moving all individual enrollments onto the exchanges that I can think of:

This inconvenient truth has been the Achilles’ heel of the ACA exchanges ever since the law was passed. No matter how perfectly the system worked (and obviously it hasn’t exactly gone flawlessly), there has always been the possibility that every single carrier in a given area/state would simply decide to take a pass on participating, whether for financial or other internal business reasons.

This is exactly what nearly happened in Pinal County, Arizona, where the carriers all decided to drop out for 2017. Sure, the HHS Dept. was able to convince Blue Cross Blue Shield to jump back in at the last minute … but what if they hadn’t been convinced to do so?

Even with these potential hurdles, though, the benefits of this move would vastly outweigh the negatives. The individual market would be less confusing and messy for everyone, especially the people enrolling in individual policies. More people eligible for financial assistance would be assured of receiving it. Finally, once the “grandfathered” and “transitional” markets dwindle away, the entire individual market would be 100 percent exchange-based, making it far easier to make adjustments and improvements as necessary in the future.

It’s time for Obamacare 2.0. Moving all individual policies onto the exchanges exclusively should be part of that.

EDITOR’S NOTE: Ironically, just yesterday, GOP Sen. Lamar Alexander introduced a bill which effectively does the exact opposite of what I’m proposing below; while his idea would accomplish some of the same goals as mine, it wouldn’t solve others, and would create additional headaches.