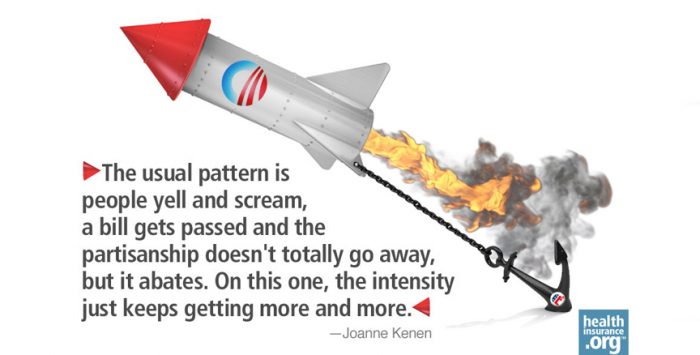 Joanne Kenen is the lead health care reporter and editor for Politico and Politico Pro. She is one of the top sources of Washington reporting on health reform and many other subjects.

This week, Joanne and I had a wide-ranging conversation about the troubled rollout of HealthCare.gov, the perils of covering misleading anecdata, and the marathon of covering such a difficult political story for so many years.

In the first segment of our multi-part interview, Joanne and I talk about recent comparisons of Obamacare’s glitch-riddled online launch to the not-so-perfect launch of sweeping health reform in Massachusetts under then-Gov. Mitt Romney and later, the troubled early days of Medicare Part D under George W. Bush.

Is it fair to say that all three reform efforts were bound to experience growing pains during their launch phases? or, as Joanne suggests, are “growing pains” really an understatement for what Obamacare will ultimately face?

It’s a great conversation. Hope you enjoy it.