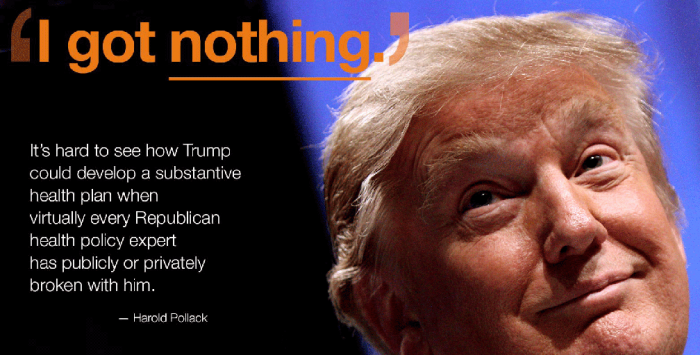 If you care about policy, these debates are awfully depressing.

If the pundits are to be believed, last night’s debate was not particularly politically impactful. I don’t believe it will matter all that much this late in the current campaign season. Whatever its tactical impact, I found tonight’s proceeding incredibly depressing. This crazy campaign has prevented adult discussion of serious policy concerns.

Sandwiched between questions about sexual assaults, the email hacking, and Bill Clinton’s affairs, an undecided voter asked a real question about health reform:

ACA has actually not increased costs. Overall health care cost growth has slowed since 2010, partly but not entirely due to the ACA. Trends around copayments and deductibles are following almost precisely the same trend they were on before ACA took effect. ACA banned pre-existing condition discrimination. It curbed annual and lifetime benefit caps, and expanded the generosity of coverage when people actually get sick. It provides substantial financial help to low-income people trying to get covered.

ACA’s Medicaid expansion is working well in the states that embrace it. ACA’s marketplaces are more troubled and require genuine modification. ACA has not done enough to relieve financial burdens experienced by many people.

The annoyance and disappointment are real, and must be addressed. Many of us have discussed strategies to improve ACA right here at healthinsurance.org. If this were a normal election year, a serious conservative and a serious liberal might discuss what might be done to address these difficulties. For two reasons, this can’t happen.

First, only one candidate is equipped to conduct the conversation.

Hillary Clinton has a massive policy shop, which has posted detailed proposals to improve ACA. She mentioned some of these proposals in the debate. Donald Trump has no concrete plan or even the infrastructure to offer one beyond the usual “repeal-and-replace” rhetoric.

Tonight he mentioned the perennial suggestion that health insurers be allowed to sell across state lines. I know of no credible analysis suggests this regulatory change would make much of a positive impact. He also mentioned turning Medicaid into a bloc grant. This framework for substantial cuts would be truly dangerous if it weren’t politically dead on arrival given the likely reaction of Republican governors to the idea. It’s hard to see how Trump could develop a substantive health plan when virtually every Republican health policy expert has publicly or privately broken with him.

Trump can still hammer on ACA for its unpopularity, but he is hardly in any position to hold Clinton accountable for any defects in her proposals. Tonight he provided little evidence that he had read them. Like so much of the 2016 presidential campaign, the health policy conversation was embarrassingly one-sided. 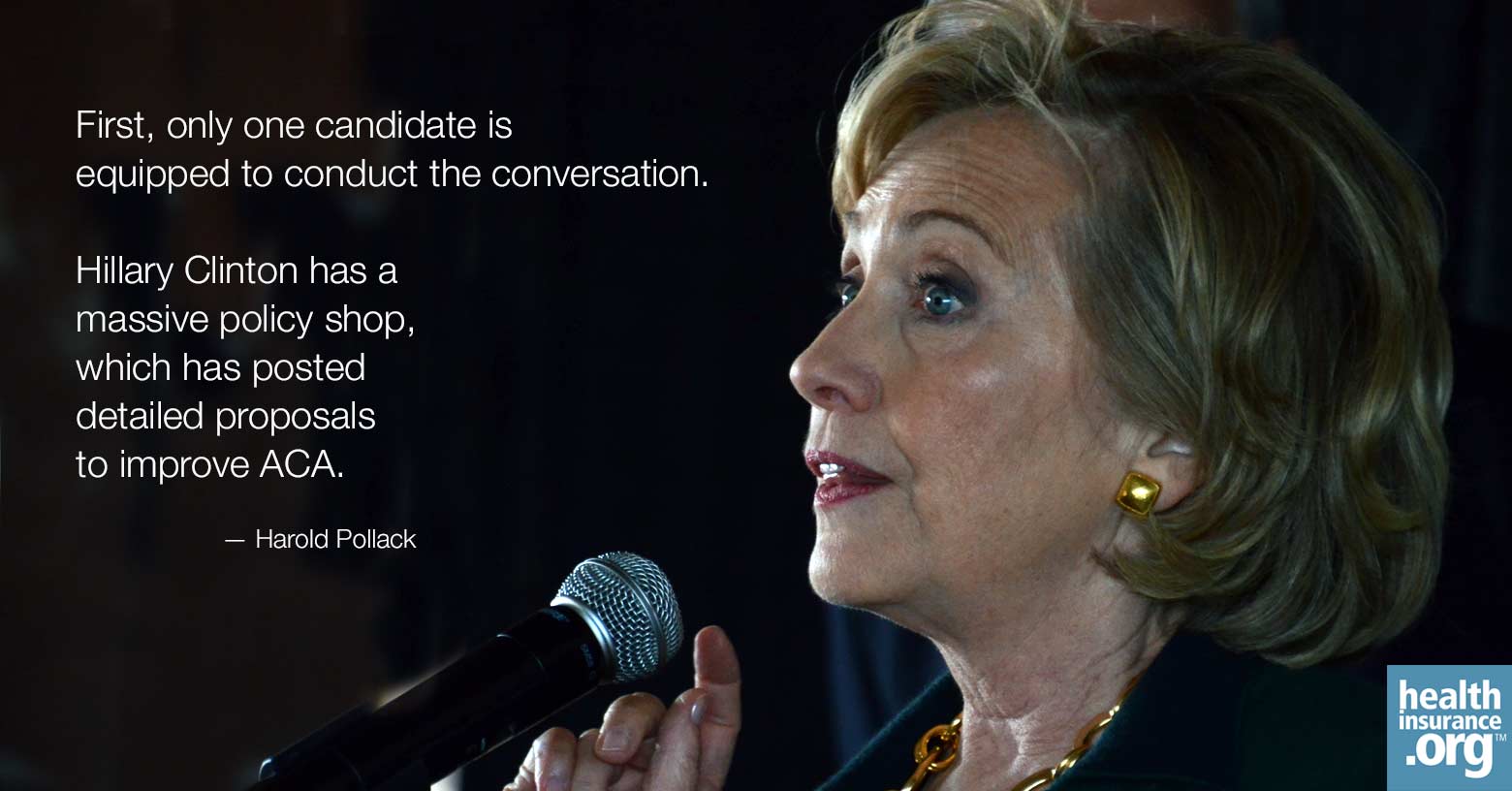 Then there is a second issue, almost too embarrassing to mention. Do candidates’ ambitious proposals even matter?

Hillary Clinton will probably be our next President. Whatever her grand legislative design, it must pass through Paul Ryan and – at-best – a narrow Democratic Senate majority. Maybe she can find a way to navigate that. I suspect not.

For the moment, anyway, whatever she wants to accomplish on health care will need to be done without Congressional help. Or they must be enacted through compromises unpalatable to many Democrats. Alongside these efforts, she must cajole Republican governors to expand Medicaid to people who desperately need it. She must find a way to grind out acceptable policy in this environment, when opposition to health care reform is the one unifying theme across the Republican Party.

More than anything, ACA requires pragmatic, bipartisan problem-solving in an era of divided government and unprecedented polarization exemplified by Trump’s nomination itself. Our next president must find a way to work within that environment. I didn’t hear much tonight – or on any night – about how this might be done.

That’s depressing. But you can’t always predict the boundaries of political possibility. Donald Trump is likely to lose badly this November – and not merely in terms of the vote total. I wouldn’t be shocked if a quiet group of Republicans regard this humiliating experience as a sign the party must start to do things differently, to actually negotiate with Democrats over policy differences. Many Republican governors and allied constituencies such as insurers and employers certainly have reason to support a less absolutist agenda. Democrats may be a bit more chastened and pragmatic, too. Both sides certainly should be.

Both sides have something to give here, and neither can win a comprehensive victory. That’s a situation that rewards a thick-skinned and patient politician with experience striking hard bargains with political adversaries. Someone like that is doing pretty well in the polls, with less than a month to go.

Meanwhile in a parallel universe with better political debates …

The dialogue in tonight’s debate about who’s really to blame on the ACA risk corridor imbroglio will be just brutal.