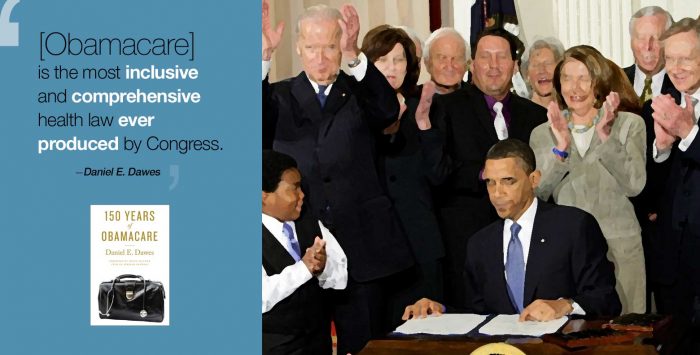 This election season has taught us that sensationalism sells and media soundbites rule. Many receive their policy information from the headlines and from sources that do not fully understand or appreciate the impact of the Affordable Care Act. Unfortunately, lost in the need to feed consumer desires, is a deeper understanding of important issues and how they truly affect every American.

Obamacare has certainly had its fair share of media mischaracterizations – so a little fact checking is in order.

There are constant claims that Obamacare is failing and that the evidence is the exit of many insurers from the exchanges. The truth is risk corridor subsidies were promised to help limit the effects of financial losses to insurers who joined the exchange programs. The federal government agreed to temporarily pay insurers who suffered losses as an incentive to enter the exchanges in the first place and to stabilize the volatility that they knew would exist during the early years of implementation of the law.

However, opponents of the Affordable Care Act (ACA) have prevented insurers from recouping their losses through subsidies as promised. As a result many insurers suffered losses and are leaving the exchanges resulting in less options for consumers and undermining the success of the ACA. This does not represent a fundamental issue with the ACA itself but instead highlights the concerted efforts by detractors to keep Obamacare from achieving intended goals.

The Facts: It is true that insurers are leaving the marketplace, however, it is false to charge Obamacare with the insurer exodus. Rather the blame lies with those attempting to erode the advancements of the ACA at the expense of citizens.

Many states across this country have failed to expand Medicaid on the ground that the state share of 10 percent would be too costly in the long run. Medicaid Expansion is a critical provision included in the Affordable Care Act. Without expanding Medicaid, a large coverage gap remains, resulting in 2.5 million people unable to attain coverage.

In order for Obamacare to fully reduce the rate of uninsured citizens, improve the health of all citizens, and maximize our ability to reduce healthcare costs, states need to expand Medicaid, as outlined in the ACA to cover more citizens.

The Facts: The fact remains that the expansion of Medicaid would extend comprehensive coverage to some of our most vulnerable citizens and rejecting Medicaid expansion only hurts our country and national security interests.

Obamacare would never be repealed – FALSE

Regardless of the progress we have made in increasing health equity, Obamacare has faced (and survived) two major Supreme Court challenges, more than 60 repeal votes, and 10 brushes with death. Just a few months ago, Congressional Republicans came closer to repeal than ever before by using a fast-track legislative tool that sent a repeal bill to President Obama’s desk with only a simple majority in the Senate (it was of course vetoed).

While Obamacare seems invincible, it’s important that voters and supporters of the law not become complacent. Make no mistake, this election marks a critical juncture for Obamacare and our country. One that presents both opportunities and challenges for health reform, and will determine whether we embrace a more equitable health system, or whether we reverse course toward a system of increasing health disparities.

The Facts: It is indeed false to believe that opponents are not serious about repealing Obamacare and the fact remains we must continue to inform citizens about what is at stake for healthcare access come this election and beyond.

Everyone benefits from Obamacare – TRUE

Why does this matter for all Americans? It is in our national security interests to have a healthy citizenry. With demographic shifts expected in the future where minorities will be the majority in the United States by 2044, we must tackle the disparities in their health status and the care they receive.

Minority populations suffer greatly from higher rates of chronic diseases, greater challenges accessing health services, and lower quality of care. These inequities do not come without a cost. Over $300 billion in direct and indirect costs can be attributed to health disparities each year. As the minority population continues to rise, the demographic dynamics of healthcare consumers will shift. If health disparities remain then the negative health outcomes and the costs associated with these disparities will rise with the population. If health equity prevails then we can begin to see a reversal of this trend.

The Facts: The truth of the matter is that beyond the moral imperative to provide for the needs of the vulnerable among us, the economic impact of health disparities offers a convincing argument for addressing the needs of underserved populations for the benefit of all citizens.

Obamacare is often falsely criticized as a “government takeover” of healthcare developed by politicos out of touch with their constituents. However, the ACA brought together a diverse cross-section of health equity advocates who had been waging separate, uncoordinated health reform campaigns for over 150 years.

Arguably, for the first time in U.S. history, organizations representing the health and welfare interests of women, children, older adults, minorities, the LGBT community and those with disabilities joined forces, forming the National Working Group on Health Disparities and Health Reform. This diverse group of consumer, payor, provider, faith-based, civil rights and others worked to cooperatively develop and implement a master plan for health reform. Organizations that for years had made it their priority to give voice to the disenfranchised coalesced with one loud voice to advocate for and empower so many of the most vulnerable among us.

One of the most remarkable aspects of the Obama administration’s achievement was that it succeeded in bringing together early on the independent successive campaigns around mental health, minority health, and universal health insurance, as well as other priorities under one umbrella—the Patient Protection and Affordable Care Act and the Health Care and Education Reconciliation Act. By intentionally converging separate advocacy campaigns, health equity champions crafted a more effective, inclusive, and organic strategy, solving a problem that had challenged lawmakers for decades.

The Facts: Simply stated, this law was written by people who care about the health and well-being of other people. It is the most inclusive and comprehensive health law ever produced by Congress.

We need to weed through the media hype

We should be reminded how important it is to weed through the media hype and search for the truth. For generations, struggling individuals and families needed and sought health care in the United States – advocating for reforms to our health system to protect against discrimination, increase access and improve the quality of health care delivery. This law was the successful culmination of 150 years of attempts to bring about a more accessible, equitable and person-centered health system.

While imperfect, the Affordable Care Act was a remarkable accomplishment and has been an undeniable success. It is a step in the right direction with additional steps necessary to achieve health equity in our country. It is time for these facts to rise above the sensational discourse so that we can come together, once again, and build upon those successes so we can ensure that the benefits of the ACA reach all.

Daniel E. Dawes, Esq., is a healthcare attorney and the executive director of government affairs and health policy at Morehouse School of Medicine in Atlanta, Georgia. A nationally recognized leader in healthcare law and policy, Daniel has led numerous efforts to address health issues impacting vulnerable, underserved and marginalized populations.