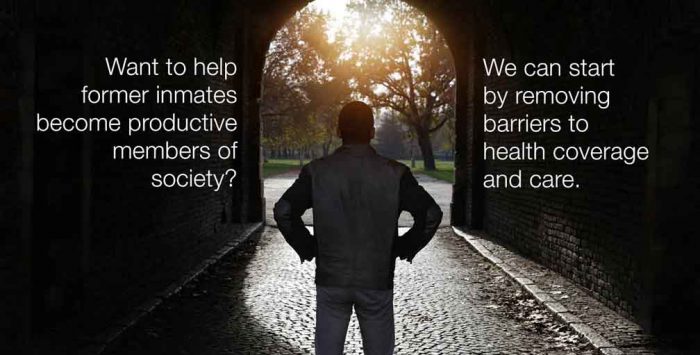 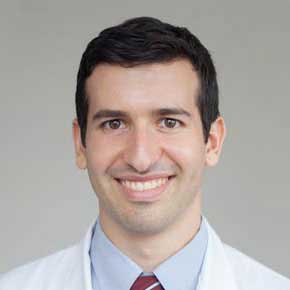 The following guest post is from Eric Schultz, a 4th-year student at Tulane University School of Medicine (New Orleans, Louisiana) and the winner of healthinsurance.org’s 2016 Health Wonk Scholarship.

While in medical school, Schultz volunteered at the Formerly Incarcerated Transitions (FIT) Clinic, where he worked as a case manager to help coordinate the care of the recently incarcerated patients who visit the clinic.

The essay he submitted with his Health Wonk Scholarship application focuses on his experiences working with those patients and conclusions he reached regarding their post-incarceration access to healthcare and health coverage.

Congratulations to Eric Schultz on his much-deserved scholarship.

The United States is the most incarcerated country in the world, with 716 Americans per 100,000 behind bars as of 2012. The costs of this mass incarceration regime are staggering: estimated at $80 billion per year according to the Bureau of Justice Statistics.1 Counting the additional losses of productivity, human capital, and unfulfilled potential, the Institute for Advancing Justice Research and Innovation at Washington University St. Louis estimated the social cost of incarceration in the United States to be about $1 trillion annually.2

A large percentage of these incarcerations are for non-violent offenses, particularly drug possession.3 African Americans make up a disproportionate share of this population, as they are incarcerated at five times the rate that Caucasians are.4 Because of the economic burden and racial injustice associated with mass incarceration, there has been an increasingly bipartisan movement towards criminal justice reform that would reduce the prison population through efforts such as removing mandatory minimums for certain offenses.

Observations from ‘The World’s Prison Capital’

Of the United States, my adopted home state of Louisiana has far and away the highest incarceration rate. A 2012 report in the New Orleans Times-Picayune describes Louisiana as “The World’s Prison Capital,” with an incarceration rate “nearly five times Iran’s, 13 times China’s and 20 times Germany’s.”5 The reasons for Louisiana’s outlier status in the US are multifactorial, including high rates of poverty, perverse incentives from a heavily privatized prison system, and racial discrimination in policing and sentencing. The notorious Louisiana State Penitentiary, also known as Angola, is the largest maximum-security facility in the United States, with a population of over 5000 inmates.6 Orleans Parish Prison, currently under a federal consent decree following a lawsuit over inhumane conditions, houses thousands more.

In prison, inmates frequently receive low-quality healthcare, in large part due to a shortage of resources and qualified personnel. Underfunding of inmate healthcare results from perverse incentives facing both public and private prisons. Privately administered prisons are incentivized to minimize healthcare expenses because they cut into profit margins, while publicly-run prisons suffer from political constraints and competing priorities. This paucity of resources and qualified personnel often leads to poor management of chronic medical conditions as well as delayed diagnosis and treatment of acute problems.

Accessing and receiving quality healthcare is very important for the formerly incarcerated population. It can reduce morbidity and mortality in a population with a high prevalence of chronic disease, mental illness, and concomitant substance abuse.7 Additionally, studies suggest that health insurance may be linked to reduced rates of recidivism, particularly in individuals who suffer from severe mental illness.8 These are all important outcomes that can affect a formerly incarcerated person’s ability to become a productive member of society post-release.

Upon release from prison, former inmates face continued barriers to receiving quality healthcare. The continuity of care upon release is often non-existent, as prisoners are frequently released without scheduled follow-up, prescriptions, or insurance. Additionally, many of them will lack financial resources to pay for appointments or prescriptions upon release, and will face substantial financial hardship for some time due to prolonged unemployment due to discriminatory hiring policies. There is the additional challenge, particular for those who have been incarcerated for many years, of learning how to navigate a healthcare system that has changed dramatically in the intervening years. The American heath care system is difficult enough to navigate for an educated, affluent patient, much less an individual facing all the socioeconomic barriers that people released from incarceration will encounter.

Experiences on the ‘front lines’

I encountered the challenges that the formerly incarcerated population faces through my time volunteering at the Formerly Incarcerated Transitions (FIT) clinic, a free clinic run by Tulane Internal Medicine residents that offers transitional services to people recently released from incarceration, including primary care and case management services. It is housed at the Ruth Fertel Tulane Community Health Center, a community clinic in Mid-City New Orleans that was established in the wake of Hurricane Katrina to address the dearth of primary care services in the neighborhood. It partners with Voices of the Experienced (VOTE), a local non-profit that advocates for the rights of the formerly incarcerated, to identify and connect individuals who would benefit from the FIT clinic’s services.

As a volunteer at the clinic, I had the opportunity to serve as a case manager for multiple patients recently released from Louisiana prisons. There is evidence supporting care management for the formerly incarcerated, including a 2012 randomized trial that found that care management reduced emergency department use in the formerly-incarcerated.9 One particular patient I worked with illustrated the many challenges that the formerly incarcerated population faced. This patient, Mr. B (not his real name), was wrongfully convicted of first-degree murder at age 16, based on witness testimony that was later recanted. After decades of incarceration in Angola, he was released home to New Orleans. VOTE helped to connect Mr. B, who otherwise had no established primary care provider, to the FIT clinic.

On initial meeting, Mr. B was a friendly, pleasant man who bore no trace of the anger he would be justified in displaying after being wrongfully incarcerated for decades. He was also in relatively good health, with hypertension as his only chronic medical condition, for which he was taking three medications. His physical examination revealed nothing unusual, except a blood pressure a little on the high side, but not dangerously so.

A case study in barriers to optimal health outcomes

However, the “socioeconomic screen” that I helped to perform revealed a number of barriers that could prevent Mr. B from achieving optimal health outcomes. Mr. B, unsurprisingly since he had been incarcerated as a teen, did not have a primary care provider, nor did not know how to fill his prescriptions. He had no health insurance, no immediate prospects for employment, and limited financial resources. He barely knew how to use his new cell phone, and had to be taught how to check his voicemail. Despite his evident intelligence and resilience, Mr. B was re-entering a society completely foreign to the one he left as a teenager when he was convicted and imprisoned. And this society is not particularly welcoming to the formerly incarcerated.

As a case manager, my responsibility was to communicate regularly with Mr. B and all my other patients. I gave all of the patients I worked with my cell number, and encouraged them to call me if they had any questions or concerns about anything related to their medical care. Despite my knowledge of the healthcare system and the social determinants of health, it was evident that our system of medical education doesn’t adequately prepare us for wrestling with the challenges that the formerly incarcerated must overcome.

One state’s focus on coverage for ex-offenders

The barriers Mr. B and other patients like him face highlight the need for a robust policy agenda to meet the unique needs of the formerly incarcerated. One area of focus should be to facilitate access to Medicaid or other health insurance upon release. Louisiana recently announced one such program, which would automatically enroll incarcerated individuals from seven state-operated prisons in Medicaid upon release.10 This would improve continuity of care for these individuals as they re-enter society, and provide them with the resources necessary to seek medical care and acquire prescription medication.

Additionally, the new state initiative aims to identify and connect particularly “high-need” patients with case managers, to help them coordinate their care. This program is important because the process of applying for Medicaid can be time-consuming and complicated, particularly for someone unfamiliar with the system. Formerly incarcerated individuals frequently lack the proper identification required to apply for coverage, which poses an additional hurdle. Maryland recently announced a similar program, and a number of states already have auto-enrollment of released prisoners into Medicaid.11,12 An August 2016 issue brief from the Milbank Memorial Fund highlights other examples of care coordination for the “justice-involved” population.13

While facilitating access to affordable healthcare is very important, it is far from the only necessary policy response to improve the health of the formerly incarcerated. Economic insecurity is a significant contributor to poor health outcomes, and discrimination against the formerly incarcerated is prevalent in the job market. Initiatives such as “Ban the Box”, which push employers to remove a checkbox asking about a criminal record on job applications, could help on this front, by putting formerly incarcerated persons on equal footing with similarly qualified job applicants. And generally speaking, policies that reduce the incarcerated population through policing and sentencing reform would make more resources available to meet other compelling societal needs. Other policies such as granting the right to vote and reversing the privatization of prisons would help as well.

Could Louisiana serve as a model for innovation?

Passing and implementing policies that help the formerly incarcerated may be a challenge in a new administration that campaigned on a harsher approach to law enforcement, and gave short shrift to the discussion of criminal justice reform. Repeal of the Affordable Care Act and its Medicaid expansion, particularly in the absence of a concrete replacement plan, also threaten the progress that has been made in improving the health outcomes and general welfare of the formerly incarcerated. The recent progress that has been made in Louisiana, a state with a history of a harsh approach to criminal justice, could serve as a model for state and local innovation in a political environment that is not especially favorable to the formerly incarcerated. For moral and economic reasons, it is imperative that we continue the hard work of improving the welfare of this vulnerable population.

2. McLaughlin M et al (2016). The Economic Burden of Incarceration in the US. Working Paper, Institute for Advancing Justice Research and Innovation.