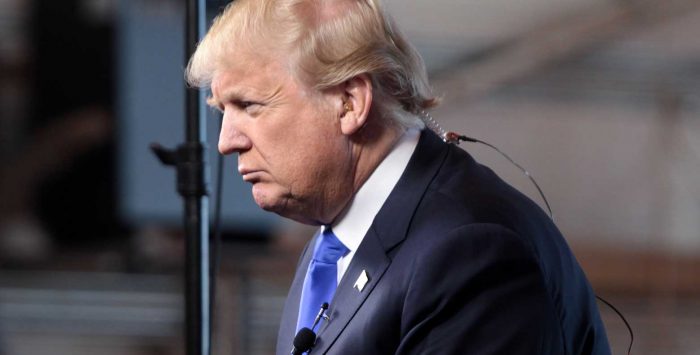 After four hours of debate today, House leadership abruptly pulled H.R. 1628 – the American Health Care Act (AHCA) — without a vote. The AHCA was a Republican effort to repeal or change spending-related provisions of the Affordable Care Act, but Republican leadership knew that they didn’t have enough votes to pass it.

While the House legislation would have left many parts of the ACA untouched, it would have rolled back Medicaid expansion, cut federal funding for Medicaid, and eliminated premium tax credits. Under the bill, cost-sharing subsidies would have been eliminated, as would the penalties associated with the individual and employer mandates. And a confusing and ambiguous amendment to the AHCA would have delegated essential health benefits determinations to the states.

Why did Republicans pull the vote?

The Congressional Budget Office projected that the AHCA would increase the number of uninsured by 24 million (the addition of the Manager’s Amendment to the bill did not change the CBO’s projection). That’s a big obstacle to overcome.

The legislation was universally rejected by Democrats – and Republicans have also been sharply divided on the AHCA. In the days leading up to the vote, at least 45 Republican Representatives were openly critical of the legislation. Republicans hold a majority in the House, but they could only afford to lose 22 Republican votes.

One other obvious roadblock: opposition from the far-right House Freedom Caucus, which derided the legislation because it didn’t go far enough toward repealing the ACA. Notably, those conservatives wanted the bill to repeal the ACA’s essential health benefits requirements. (In last-minute negotiations, the Trump Administration offered to eliminate essential health benefit rules in the individual market.)

The caucus also wanted to roll back the ACA’s requirement that health plans cover pre-existing conditions with no medical underwriting, which would have been terribly unpopular with the general public and was a non-starter with most lawmakers (that provision was not added to the legislation). The bill’s failure to garner support from the House Freedom Caucus proved to be an insurmountable hurdle.

On the other end of the spectrum, moderate Republicans worried about the AHCA’s impact on their constituents, since coverage losses in some Congressional districts would be substantial. The Republicans who were not on board with the AHCA were on both ends of their political spectrum.

The legislative process was rushed, partly because House Republicans liked the idea of passing repeal on the seventh anniversary of the ACA being signed into law. Ultimately, the vote was delayed by a day, coming one day after the ACA’s anniversary. The AHCA legislation was introduced on March 6, and the final vote came just 18 days later, after hurried committee hearings and last-minute negotiations.

In comparison, the ACA didn’t pass the House of Representatives in 2009 until four months after it had been introduced. When the vote was postponed on Thursday, Trump said that negotiations were over and insisted on a vote the following day. Hours of debate ensued, but there were not enough votes to pass it, and Trump and Ryan agreed to pull it.

On Wednesday, the day before the initially-scheduled vote, White House Press Secretary, Sean Spicer, said that there was no Plan B, and expressed confidence that the legislation would pass. Spicer remained steadfast in that position on Thursday, despite reports that no deal had been reached with House Freedom Caucus members on Thursday morning.

In reality, it’s unlikely that this is really the end of the effort, as so many Republican lawmakers campaigned on promises to repeal the ACA. But President Trump has said that his “Plan B” is to just do nothing and “allow Obamacare to fail and let Democrats take the blame.” And in a press conference after the AHCA was pulled, House Speaker Paul Ryan (R-Wisc.) said that he thinks the ACA will collapse on its own, but he noted that “we’re going to be living with Obamacare for the foreseeable future.”

Ryan said that GOP leadership is moving on with the rest of their agenda, including tax reform and immigration.

And the ongoing uncertainty makes it difficult for insurers to make long-term plans (for example, what’s next for House v. Price, the lawsuit the House Republicans filed to block payment of cost-sharing subsidies?). In his press conference after the bill was pulled, Ryan reiterated the fact that HHS will be able to make some regulatory changes, but noted that they will not be as far-reaching as they would have been if the AHCA had passed first.