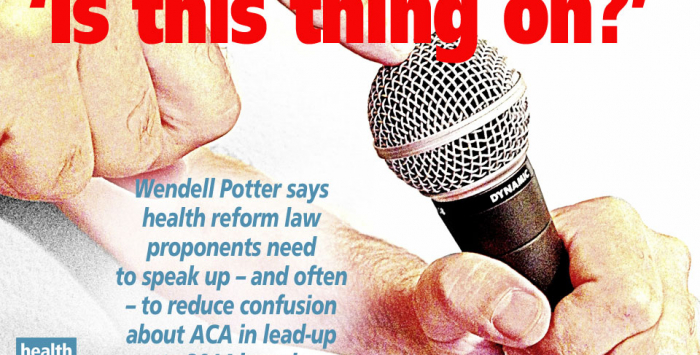 The media’s coverage of the implementation of the health care reform law has been so much like the way most reporters cover political campaigns – superficially – that it’s little wonder Americans are largely uninformed and confused about how the law will affect them.

And when you take into consideration the fact that the Obama administration hasn’t exactly been winning awards for the way it’s been communicating to us about the law, it’s not surprising to learn that 40 percent of us believe the law has been repealed or declared unconstitutional.

Even some of our most capable and respected journalists are having a hard time getting reliable information about the law, as I learned earlier this week when I taped an interview for NPR’s Fresh Air, which will be broadcast today (July 11). (When it’s archived this afternoon – around 5 p.m. Eastern – you’ll be able to listen to the archived audio here.)

Several people I’ve talked with in recent weeks have been surprised when I’ve told them that residents of every state – even those led by Republicans who are no fans of Obamacare – will have access to an online health insurance marketplace (also known as an exchange) starting Oct. 1 of this year. They’ve assumed that since some states have announced that they will not expand their Medicaid programs to cover more low-income families – at least not in 2014 – those states would also have no health insurance exchange.

As I mentioned to Davies, one of the things I’ve learned in my travels and from talking with folks is that few people are aware of the many benefits and consumer protections going into effect on January 1. Many are surprised to learn, for example, that this is the last year insurance companies will be able to blackball people with preexisting conditions.

As I pointed out during the interview, many of the discriminatory practices that have become common in the health insurance industry will be outlawed next year. For example, not only will it become illegal for insurers to deny coverage to people who’ve been sick in the past, they won’t be able to charge them more than anyone else just because of a preexisting condition. And they won’t be able to charge women more than men or cancel their policies if they get breast cancer.

I also described how the health insurance marketplaces will work when they go live in less than three months. And I talked about how the states that will be expanding their Medicaid programs next year will have an advantage over the states that don’t.

Fresh Air is broadcast on hundreds of stations in the U.S. and abroad. You can listen to the show live at 3 p.m. ET on WHYY or on your local NPR station (check for local broadcast times). You can also listen to the full episode online.