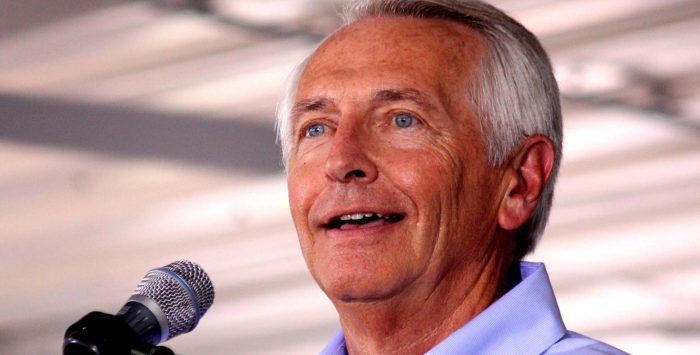 When as governor I made the decision to both expand Medicaid and create kynect, Kentucky’s state-based Health Benefit Exchange, I did so only after first satisfying two huge questions:

Will it improve the lives of Kentuckians?

And can we afford it?

Today, as my second and final term comes to a close and I prepare to leave Kentucky in the hands of a new governor — one who campaigned vigorously on the promise of reversing course and eliminating both expanded Medicaid and kynect – I urge him to consider those same two questions.

And does it make financial sense?

Well the answers to both are obvious, and the proof is overwhelming.

Recently I held a press conference to remind Kentucky and its incoming leaders of why we embraced reform, what it’s done for our families and our economy so far and what it’s projected to do, long term. I also detailed the cost of rolling back reform as Governor-elect Matt Bevin has proposed.

There’s a reason Kentucky is hailed as a national leader in health care reform.

Coverage for a half-million Kentuckians

Before the Affordable Care Act, about 640,000 people in Kentucky had no health insurance. That was almost one in six Kentuckians.

Lack of health coverage was jeopardizing their health and financial security. They were forced to choose between food and medicine. They ignored checkups that would catch serious conditions early. They put off doctor’s appointments, hoping a lump or a pain turned out to be nothing. And they lived knowing that bankruptcy was one bad diagnosis away. The effect on their children was equally serious.

But through Medicaid and the qualified health plans offered on kynect, we have provided coverage to over half a million Kentuckians. Numerous surveys name Kentucky among the leaders or the leader in reducing its number of uninsured, with the Gallup poll in August quantifying that measure at 9 percent, down from 20.4 percent at the end of 2013.

Because our families are accessing preventive care, screenings and health checkups at unprecedented levels, we are saving money and lives. The collective impact of that care has been improvements in health statistics measuring stubborn problems that have plagued Kentucky for generations.

During the press conference, Lt. Gov. Crit Luallen gave the final progress report from the kyhealthnow initiative she chairs and I created in 2014 to address those problems. The report found significant advancements, including:

The financial cases for keeping expanded Medicaid and the state-based kynect are equally as appealing.

When I made the decision to create our own exchange, I did so partly at the urging of Kentucky’s provider community and business organizations. It’s inconceivable to me why – just to make a partisan political statement – Kentucky would go backward and become the first state to decommission a successful exchange, one that has been a national model for efficiency and reliability, in order to move to the less efficient and more costly federal exchange.

Moving to the federal exchange would:

The costs of rolling back Medicaid expansion

As far as Medicaid expansion, recent data from the Kentucky Cabinet for Health and Family Services and the Office of the State Budget Director shows it would cost $300.2 million more in the next two-year budget cycle to roll back Medicaid expansion than it would to keep it.

A study of Kentucky’s first year under Medicaid expansion – by Deloitte Consulting and the University of Louisville Urban Studies Institute – showed clearly what a good financial deal this is for our budget and our economy, both now and for the long term.

These weren’t my political talking points. They were actual first-year numbers. Using that first-year data, the study then made two projections:

Furthermore, those economic impact numbers don’t address the societal impact of improved health on quality of life or economic capacity, or tangible things like worker productivity, school attendance and our collective public image. The authors of the report adopted a conservative view to guide predictions of future costs and health care needs, and so their financial models assumed that Kentucky’s collective health won’t improve much.

But we are already seeing improvement. And the more we improve our health and economy, the less we will need programs like Medicaid. This is a long-term plan for improving Kentucky.

So I strongly encourage Governor-elect Bevin not to rush into his decision but to study financial and health data and talk to the people who have been fighting the health-care fight for the last eight years – families, providers, businesses, advocates and policy-makers.

If he does that, he will see that Kentucky’s bold steps toward health reform are successful and affordable.

Steve Beshear served as Governor of Kentucky from 2007 through 2015. He shepherded Kentucky through the global economic recession, earning the Commonwealth national recognition for job creation and business investment. He also made the state the national model in expanding healthcare access through its aggressive embrace of the Affordable Care Act and other health-reform efforts.