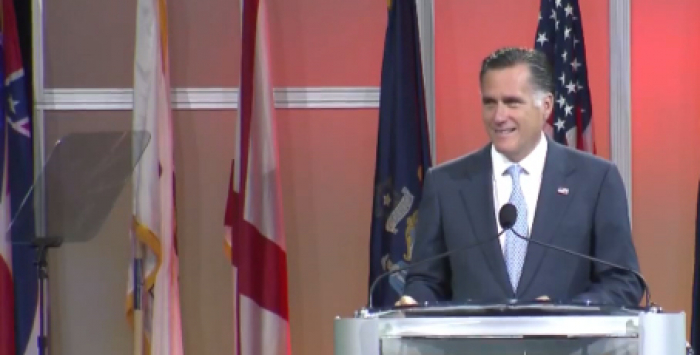 Mitt Romney received some boos this week during his appearance before the NAACP. Boos were loudest when he spoke of his desire to repeal the Affordable Care Act (ACA). Given that the President won 94 percent of the African-American vote, it’s not surprising that NAACP members don’t welcome rhetorical attacks on the president’s signature domestic policy achievement, especially when a Republican candidate expressly deploys the sobriquet “ObamaCare.”

Twenty-one percent of African-Americans are uninsured, compared with 11 percent among non-Hispanic whites. Swathes of black America from Chicago’s south side to the Mississippi delta have much to gain from ACA. Expanded delivery of health services provides an important source of employment within these same communities. Twenty-seven percent of African-Americans receive Medicaid. Quite correctly, millions of African-Americans regard proposed measures such as the bloc granting of Medicaid or the House Republican budget as serious threats to programs that they themselves, or a neighbor, or a relative, rely upon every day to meet basic needs.

Arguments for “repeal and replace” raise other unfortunate resonances within the African-American community, too. Many conservative governors have announced that they will not participate in the Affordable Care Act’s Medicaid expansion, and that they will not establish a state health insurance exchange.

South Carolina is one of these states. As an Obama campaign volunteer in 2007, one of my first assignments was to help test a new computerized phone system. For reasons that remain baffling, I was assigned a long list of African-American voters in rural South Carolina. I talked with many people who wanted to discuss health care. Many had low incomes, were in relatively poor health, and needed real help.

One older gentleman told me about the multiple chronic conditions both he and his wife were struggling with. He told me about their hefty medical bills. He was on board for Obama. Having grown up under Jim Crow, he couldn’t quite believe an African-American was a serious candidate for the presidency. But also, with simple honesty, he asked, “If Senator Obama wins, will he help me?” The man had stacks of bills he couldn’t pay.

His question was a punch in the gut, because I had some inkling of the tough fight required to bring him that help. I stammered something about how Obama – if he were elected president – would fight every day for people like him. Inside, I worried that this man’s enthusiasm would turn out to be misplaced.

Painful messages for those already hurting

When health reform passed, a promise was kept to that man and many others, Yet in all likelihood he is still waiting for real help. Indeed things have gotten worse. South Carolina has imposed or proposed punishing cuts in dental and vision care, adult day care and personal care services, hospice, even meals on wheels. Following the Supreme Court decision, Governor Haley declared that the state will not participate in expanded Medicaid coverage made possible under health reform, issuing a statement saying:

We are not going to jam more South Carolinians into a broken program, a program that stifles innovation, discourages personal responsibility, and encourages fraud, abuse and overuse of services – and that, by the way, costs us billions of dollars.

Based on the financial numbers, this makes little sense. The federal government is offering to pay roughly 95 percent of the costs. When one considers matters such as uncompensated care, South Carolina apparently saves money by embracing health reform. There is an unmistakably nasty undertone that goes beyond money to insinuations that people on Medicaid are irresponsible welfare recipients who waste public resources.

[P] lease relay this message to the President: I oppose both the expansion of Medicaid as provided in the Patient Protection and Affordable Care Act and the creation of a so-called “state” insurance exchange, because both represent brazen intrusions into the sovereignty of our state.

I stand proudly with the growing chorus of governors who reject the PPACA power grab. Thank God and our nation’s founders that we have the right to do so.

Whatever the finer points of fiscal federalism, one could hardly craft a message more alienating to African-Americans than the rejection of an African-American president’s signature achievement based on a rhetoric of states’ rights. Fifty years ago, governors in these same states opposed Medicare and Medicaid. They (rightly) feared that these programs would magnify the federal government’s power to desegregate medical facilities. It took about seven years for southern states to fully participate in Medicaid.

Obviously, times have changed. These conservative governors are not racist supporters of Jim Crow. Still, when they reject favorable deals to operate programs of such significance to low-income minority communities, they doubly damage their party’s brand in minority communities. First, they alienate surprising numbers of people who specifically need or value these services. These politicians earn wider enmity by calling to mind some ugly memories. Romney has political problems within the African-American community that have nothing to do with health reform. This is a problem, nonetheless. There were deeper reasons for the booing.