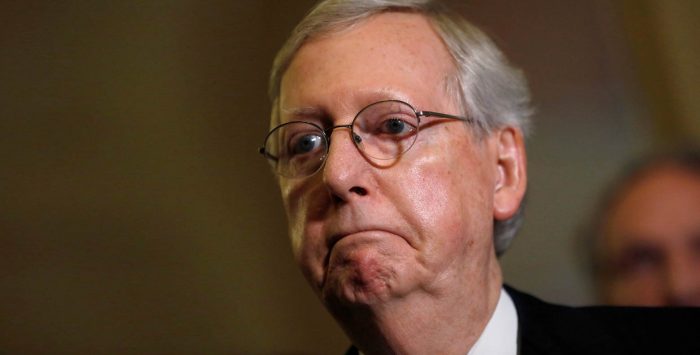 Today, Republican Senate leaders released the latest version of the Better Care Reconciliation Act (BCRA), their Affordable Care Act repeal bill. BCRA’s prior version suffered from five fatal flaws – and one merely deeply-embarrassing one. After one false start, Republicans needed to go back and improve their bill. So they addressed the one embarrassing flaw, and left the five fatal ones intact.

First, the embarrassing flaw: it would hand over 20 states worth of government funding to the country’s 400 richest households

After all that, huge tax breaks to the wealthy were the merely embarrassing problem. Democrats scored political points noting – accurately – that BCRA and AHCA included huge tax cuts for the wealthy, which were neatly offset by cuts to Medicaid and health coverage to low- and moderate-income Americans.

The tax cuts that solely applied to people with incomes over $200,000 proved particularly self- immolating. BCRA would have repealed ACA’s 3.8% tax on net investment income and its 0.9% Hospital Insurance payroll tax on people of high income.

These are big tax cuts. Just the proposed tax break for America’s 400 wealthiest households would exceed the federal governments total bill for ACA marketplace premiums across the twenty smallest states. Tax cuts for the affluent were central goals of BCRA. Indeed BCRA’s tax cuts are the opening salvo for the next round of Republic tax cuts. Such tax cuts are also unpopular with the American public, not least because they reside within a bill that so restricts services to low- and middle-income Americans.

It’s a sign of Senator McConnell’s desperation that he felt compelled to drop these provisions. Make no mistake. BCRA remains a regressive bill. Among other things, it includes generous provisions to enrich health savings accounts – a lucrative tax shelter for the affluent. But the huge tax breaks for the top 1% have been curbed.

This is a genuine victory for Democrats and for moderate Republicans.  But there’s an irony here, too. If Democrats could have picked one victory in BCRA, this is probably the least important one. True, the American people don’t want huge tax cuts for the affluent. These tax cuts are terrible fiscal policy, too. Among other things, they increase the deficit and withdraw needed funds from the Medicare trust fund.

Still, regressive tax cuts don’t cause people to lose their homes because they are rendered uninsured. Huge tax cuts don’t cause health insurance to become unaffordable for low-income near-retirees. They don’t leave disabled Medicaid recipients without critical services. Those aspects of BCRA are much more harmful, and they remain in the bill.

It’s worth reviewing the deep flaws that have made BCRA the least-popular piece of major legislation in decades. These problems do not arise from faulty messaging or fixable glitches. They reflect BCRA’s basic structure, and the fact that most Americans reject what BCRA is designed to accomplish.

First, BCRA deeply cuts Medicaid. By repealing ACA’s Medicaid expansion, and imposing block-grants and cuts, BCRA cuts Medicaid by about 26% in 2026, and would impose even deeper Medicaid cuts in later years. This goes well beyond repealing Obamacare. The elderly, sick, and disabled account for most Medicaid expenditure. Cuts of this magnitude by definition would reduce care to some of the most needy and vulnerable people in America.

It still snatches coverage from tens of millions

Second, BCRA snatches health coverage from many millions of people. The Congressional Budget Office estimates that the last iteration of BCRA would increase the ranks of the uninsured by 22 million people. As far as I can tell, nothing in the current bill addresses this basic problem.

It spikes prices while deflating coverage

Third, BCRA dramatically raises premiums—and for less-comprehensive insurance – for the people who need insurance most: Near-retirees, low-income people, and people with health problems. More than fifteen million people would lose their Medicaid coverage by 2026—many stuck instead in plans with high deductibles and copayments.

The Congressional Budget Office estimates that many near-retirees who now buy coverage on the individual insurance market would see their insurance rates double or triple—often to buy inferior coverage. For example, a single 64-year-old with an annual income of $26,500 would see their annual net insurance premium rise from $1,700 to $6,500. And that more expensive insurance policy would actually cover a smaller portion of people’s expected costs (70% vs. 87%).

It allows states to really hurt the elderly and disabled

Fourth, BCRA allows governors huge discretion to cut services to poor and disabled people at the precise moment we can least trust the federal government to exercise careful oversight. BCRA grants governors much greater discretion to get eight-year waivers on key Medicaid concerns to seniors and to the disabled. Governors would be applying for these waivers at the precise moment the federal government is least likely to mind the store. HHS Secretary Tom Price is a conservative firebrand who opposed mental health parity and other measures of great value to Medicaid recipients. Attorney General Jeffrey Sessions is regarded with similar suspicion by members of the disability community, who worry that the Justice Department will not vigorously protect people’s rights under the Americans with Disabilities Act.

The fifth problem with BCRA is so embarrassingly simple that it’s the easiest to overlook. Like it’s House counterpart, the AHCA, BCRA is an incredibly shoddy legislative product. It seeks to rewire our nation’s huge and intricate $3 trillion health care financing system. Yet Republicans have chosen a shambolic process to accomplish this which leaves BCRA riddled with sloppy revisions thrown in at the 11th-hour to secure some critical Senator’s vote, faulty accounting of various measures, proposed radical changes to public policies and regulations with almost no careful deliberation involving key stakeholders. There have been no Senate committee markups. Hospitals, doctors, insurers, Democratic and Republican governors, virtually every patient and disability advocacy group you’ve ever heard of is on-record opposing this bill.

It’s astonishing that such an amateurish measure may still become law. But that’s where we are. McConnell only needs one or two moderate Republican Senators to sign on. The Senate may vote next week without an expert nonpartisan assessment from the Congressional Budget Office.

The reasons for this are obvious enough. CBO’s analyses of BCRA and its House counterpart AHCA were politically devastating. This could hardly have come as a huge surprise, since CBO’s analyses actually matched Trump administration internal assessments. Yet rather than genuinely improve an unpopular and harmful bill, the Trump administration and congressional Republicans instead sought to discredit the CBO scorekeepers.

A Cruz missile through essential benefits 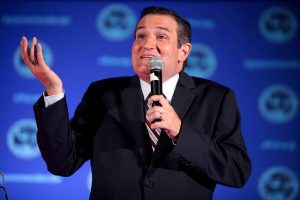 BCRA’s Cruz Amendment underscores the lack of craftsmanship in this bill. To make a long story short, an insurer who sells plans that comply with ACA consumer protections would also be allowed to offer skimpier plans that do not comply with now-standard consumer protections. In the way of these things, skimpier plans could charge low premiums to the young and healthy by chasing away sicker customers.

The insurance industry is aghast at this proposal. Cruz’s amendment risks turning ACA marketplaces into venues for high-cost plans that only attract the sickest consumers. It also forces insurers back into the business model of “medical underwriting”—snooping around in people’s medical records and pursuing other policies to avoid customers who have the greatest need for medical care.

To address such difficulties, BCRA sets aside various ill-defined funds for high-risk pools and other items to paper over problems the bill itself creates. I’ve seen no analysis demonstrating that the allocated funds are sufficient. Analyses I have seen say quite the opposite.

It would be bad enough had BCRA’s authors run the numbers and decided to keep the embarrassing results secret. Unfortunately, it’s worse than that.

As far as I can tell, neither Senators McConnell and Cruz, nor anyone else has any idea how these measures will play out. Among many details requiring more careful thought, consumers who buy skimpy plans would apparently face a six-month waiting period before they could buy standard coverage compatible with ACA. What happens when people with these skimpy plans get into a car accident or are diagnosed with cancer, and they just can’t pay the bill?

But the clock is ticking. Republicans can’t worry about these sorts of details. They’re just throwing last-minute amendments and gravy to wavering senators onto the pile—desperate to reach that critical 50th Senate vote.

5. This bill is as if you were told you started a fire and instead of not starting it, you put in “grants” to create fire departments.

That’s how legislation is enacted that hurts millions of people.

The opioid fund exemplifies this pattern. Republican leaders have tried to muddy the waters by initially allocating only $2 billion, transparently inadequate.

Senate leaders then ostentatiously raised this total to $45 billion, a dramatic supposed-concession to Ohio Senator Robert Portman and West Virginia’s Shelley Moore Capito. Experts indicate that $45 billion is maybe one-quarter of what’s actually needed to offset the loss of Medicaid expansion in addressing an epidemic that kills more than 50,000 Americans every year.

Too close for comfort

BCRA is one of the most unworthy and slipshod legislative efforts in recent American history. It hasn’t much improved over time. I have no idea whether BCRA will pass. I’d guess it’s 50-50. That’s way too close for comfort.