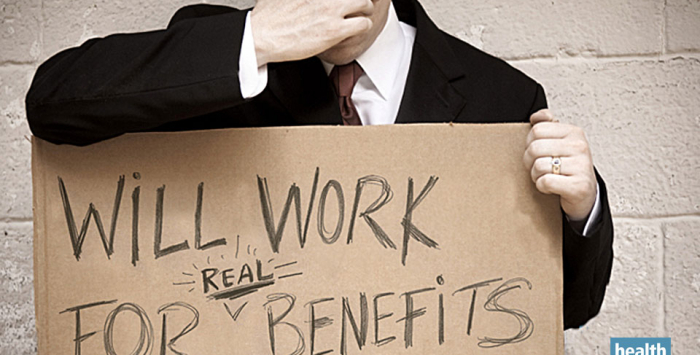 You gotta wonder how some people in the health insurance business sleep at night.

Oh wait. You can’t sleep if you stay up late thinking of new ways to keep people from getting the coverage and care they need.

Those are the thoughts that crossed my mind when I read in The Wall Street Journal last week about benefits consultants who have been searching for loopholes in the Affordable Care Act (Obamacare) that will enable some employers to keep enrolling their workers what in many cases is nothing more than junk insurance.

One of the most important provisions of the Affordable Care Act is the one requiring that all new insurance policies that take effect on January 1, 2014, must cover certain “essential” benefits. From that date forward, all policies offered on the online insurance marketplaces in every state must cover 10 categories of benefits that range from prescription drugs and lab services to hospitalization and maternity and newborn care.

The reason that provision is in the bill is that the United States is alone among developed countries in having medical debt as the leading cause of bankruptcies, even among people who have health insurance. That’s because a lot of the policies being sold today have such limited benefits, high deductibles and annual and lifetime coverage limits that many people realize after a serious illness or injury (or complicated pregnancy) that their policies provide little help in paying medical bills.

A 2009 study by Harvard researchers found that 78 percent of people who cited medical debt as the leading reason for having to file for bankruptcy actually had health insurance, albeit not every good insurance.

In a separate study, released last month, the Commonwealth Fund found that two of five adults in the United States – including many who have what they thought was adequate insurance – said they had had problems paying their medical bills or were paying off medical debt. In an earlier study, Commonwealth Fund researchers estimated that about 30 million Americans are now underinsured because of the increasing prevalence of insurance policies with skimpy benefits and high deductibles.

Consumer advocates were hopeful Obamacare would change that – and it will for many people. But according to the The Wall Street Journal, some benefits managers and consultants are advising employers that the way the law and resulting regulations were written, the essential benefits and other consumer protections apply only to small businesses that buy coverage for their employees in the states’ online marketplaces. Those marketplaces, also called exchanges, were created for employers with up to 100 workers and individuals who cannot get coverage through the workplace.

If the way they are interpreting the law is accepted by the Obama administration and the courts, it will be bad news for millions of Americans, especially those who work in low paying jobs at places like chain restaurants, retailers and nursing homes. Whether the coverage their employers provide will be adequate will depend on how much money those employers are willing to devote to health insurance.

It will be good news, however, for insurance companies that sell limited benefit/high deductible plans, including some of the biggest like Aetna, Cigna and UnitedHealthgroup, all of which have divisions that specialize in limited-benefit plans. Those divisions often make significant contributions to corporate profits because the insurers never have to pay out much in claims on the limited benefit plans they sell.

This is not the only way some insurance companies and their customers are trying to avoid complying with the consumer protections in the law. The Wall Street Journal reported just this week that Aetna and Humana and some other insurers are advising their small business clients to renew their policies in December of this year instead of January 1 – when most policies historically come up for renewal – to avoid having to abide by the consumer protections that go into effect the first of next year. The insurers reportedly are telling some of their customers that if they don’t renew early, their premiums will go up much higher than usual next year.

This is just another way some insurers are demonstrating that they care far less about the health and welfare of the people enrolled in their plans than about the bottom line.