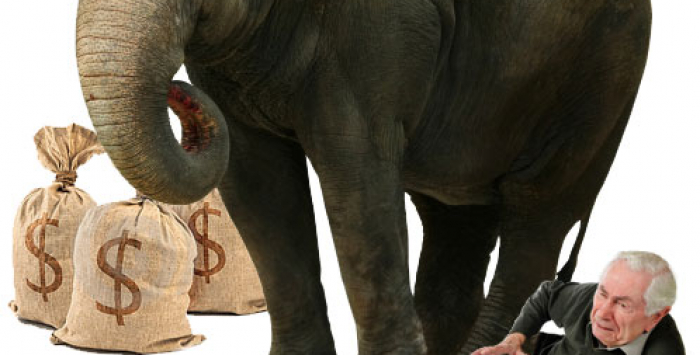 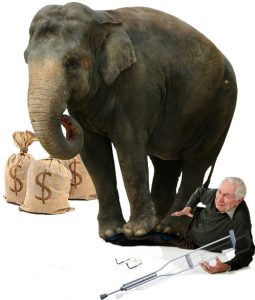 By contrast, Robert Greenstein, President of the Center on Budget Policy and Priorities (CBPP) dubbed Ryan’s proposal “Robin Hood in reverse – on steroids. It could likely produce the largest redistribution of income from the bottom to the top in modern U.S. history.”

At the center of the budget battle: reining in spending on Medicare and Medicaid while simultaneously offering tax breaks to high-income Americans.

Senate leaders have said they have no interest in discussing the bill. In a chamber controlled by Democrats, it is dead on arrival, and discussion would lead only to another partisan pre-election brawl.

That said, Ryan’s ideas will come back into play after the fall election, when legislators must try to negotiate a compromise budget for 2013. So it’s worth examining his proposal.

Ryan is not likely to alter his views. His proposal for 2013 is nearly identical to the 2012 budget he outlined last year. That bill passed the House 235-193, before being rejected by the Senate, 40-57.  (See how your Congressmen voted Medicare legislation.)

Undeterred, this year, Ryan once again called for converting Medicare into a voucher system. Beginning in 2023, many seniors would no longer receive insurance directly from the government.  Instead, Washington would give them a voucher that they could use to buy a private insurance plan. The subsidy would rise in value from year to year, in tandem with annual growth in Gross Domestic Product (GDP), plus one-half percentage point.

Critics note that this is well below the rate of growth in health care costs in recent decades. The Congressional Budget Office has estimated that seniors would wind up paying “much more” out-of-pocket.

Conservatives disagree. They believe that the private sector is always more efficient than government – thus, for-profit insurers will offer better outcomes at a lower price. Their faith is remarkable, given that past attempts to privatize Medicare (Medicare + Choice and Medicare Advantage) have largely failed on both counts.

This year, hoping to make “voucher-care” more palatable, Ryan has added a couple of twists:

1) Seniors will be guaranteed a voucher equal to the cost of the second-cheapest plan in their region;

2)  Seniors can choose to use the voucher to buy traditional Medicare, though if it costs more than that second-cheapest private plan, they will have to pay more.

Meanwhile, a cancer patient is likely to prefer traditional Medicare, which covers all providers, to a private plan that limits his choices to the oncologists in its network. Thus, Medicare will wind up with a smaller pool of sicker seniors – and higher costs.

Ryan responds, noting that his bill prohibits plans from charging sicker seniors higher premiums. His proposal also would pay insurers more if they cover sicker customers. But such “risk-adjustment” is a notoriously imperfect science

Finally, critics note, Ryan’s budget hurts the poor. For one, it calls for gradually raising Medicare’s eligibility age from 65 to 67. Low-income 65-year-olds are far less likely to live into their 70s than their wealthier peers. After paying in for years, many would collect very little.

Even worse, Ryan would slash federal outlays for Medicaid. The Congressional Budget Office estimates that, by 2050, spending on healthcare for the poor (measured as a share of GDP) would be cut in half.

Meanwhile, Krugman observes, over the next decade, Ryan calls for $4.6 trillion in tax cuts for corporations and high-income individuals  that would “give the average member of the top 1 percent a tax break of $238,000 a year.”

Ryan counters that he is reining in health care spending to reduce the deficit – not to fund tax breaks. He insists that he would make up for the lost tax revenue by closing tax loopholes. But his critics point out, he has refused to point to a single loophole he would close.