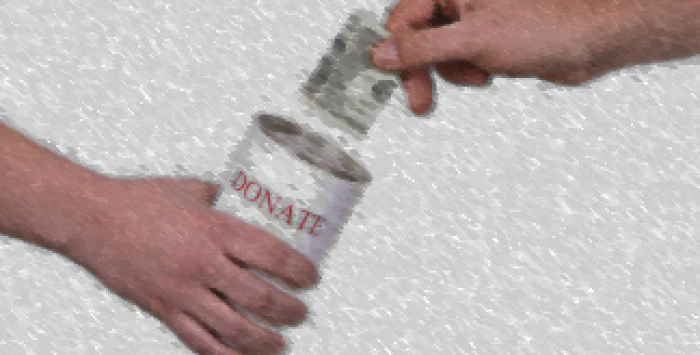 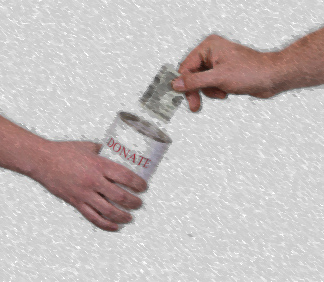 “A crippling accident could befall any one of us if we happen to travel on the wrong road, at the wrong time, in the wrong situation. Such a calamity would crush any one of us, too, were we left to face it alone. In such cases, our families … would become dependent on relatives, friends, and neighbors collecting money in decorated coffee cans from strangers to help meet our basic needs.” – Harold Pollack

May the justices please meet my sister-in-law. On Feb. 8, she was a healthy 32-year-old, who was seven and a half months pregnant with her first baby. On Feb. 9, she was a quadriplegic, paralyzed from the chest down by a car accident that damaged her spine. Miraculously, the baby, born by emergency C-section, is healthy.

Were the Obama health care reforms already in place, my brother and sister-in-law’s situation – insurance-wise and financially –  would be far less dire. My brother’s small employer – he is the manager of a metal-fabrication shop –  does not offer health insurance, which was too expensive for them to buy on their own.

Campbell’s sister-in-law will eventually be covered by Medi-Cal (California’s version of Medicaid), and will thus become subject to that program’s rather punishing financial constraints. There is a $3,000 asset limit. Campbell’s family can own a house and a vehicle, but no retirement or college savings. Relatives are not allowed to provide financial help. And so on.

Campbell’s essay suggests the human impact of otherwise arcane aspects of the 2010 Affordable Care Act, otherwise known as health reform. One issue concerns personal responsibility and the individual mandate. This young couple took their chances going without coverage. Of course, they didn’t take that chance in a vacuum. They, like millions of others, faced a tough, confusing, and troubled market for individual coverage. Under such circumstances, it’s not surprising that many people decide they can’t afford reasonable coverage.

Two years from now, when the main pillars of health reform become operative, young families will be able to buy decent coverage through an insurance exchange. Families will receive financial help if they can’t afford to buy such coverage. It should therefore become less common to see uninsured victims of tragic accidents struggling to find help. Two years from now, Campbell’s brother will be able to find a job and get health insurance under terms that do not discriminate against people with pre-existing conditions. Their family may qualify right now for the new high-risk insurance pools known as Pre-Existing Condition Insurance Plans.

Health reform matters in other ways, too. Because quadriplegics require such intensive treatments and nursing care for so long, many eventually hit annual or lifetime limits of their health insurance and are financially wiped out. (See, e.g., this sad story of Chicago-area athlete Rocky Clark, rendered quadriplegic by a football mishap, who outlived his insurance coverage.)

The Affordable Care Act addressed such tragedies by eliminating lifetime insurance dollar caps for appropriate care. It phases out annual dollar limits on what insurers must cover in the event of catastrophic illness or injury. It established regulations to ensure that insurance provides essential benefits with limits on out-of-pocket expenses when catastrophe strikes.

Contrary to the opinions of some Supreme Court Justices, this case even brings out the connections between health insurance and interstate commerce. I suggested to Andrea that her brother’s family move to Massachusetts, which operates a much better, much more humane health care system for the disabled and for those with pre-existing conditions.

The new law isn’t perfect. Campbell’s sister-in-law will qualify for Medicare because she is disabled. Yet she faces a 24-month waiting period which should have been eliminated long ago. The failure to fix this problem was a political and policy error in health reform. Even after she qualifies for Medicare, Campbell’s sister-in-law will remain dependent on Medi-Cal to pay for essential disability services that Medicare does not cover. So her family will still face Medicaid’s punishing requirements.

A crippling accident could befall any one of us if we happen to travel on the wrong road, at the wrong time, in the wrong situation. Such a calamity would crush any one of us, too, were we left to face it alone. In such cases, our families, like Andrea Campbell’s, would become dependent on relatives, friends, and neighbors collecting money in decorated coffee cans from strangers to help meet our basic needs.

America spends almost $3 trillion on health care. We can do better than that. We should take care of each other. That, too, is a fundamental principle of health reform.