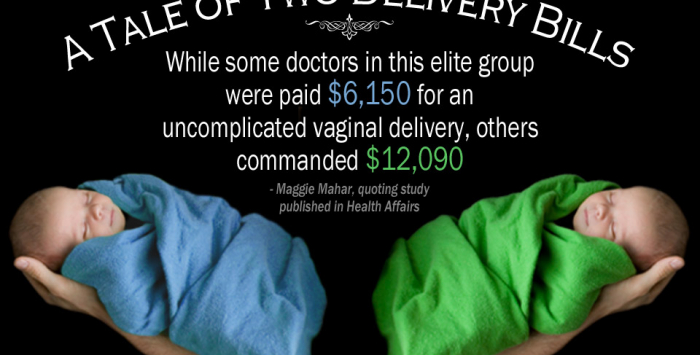 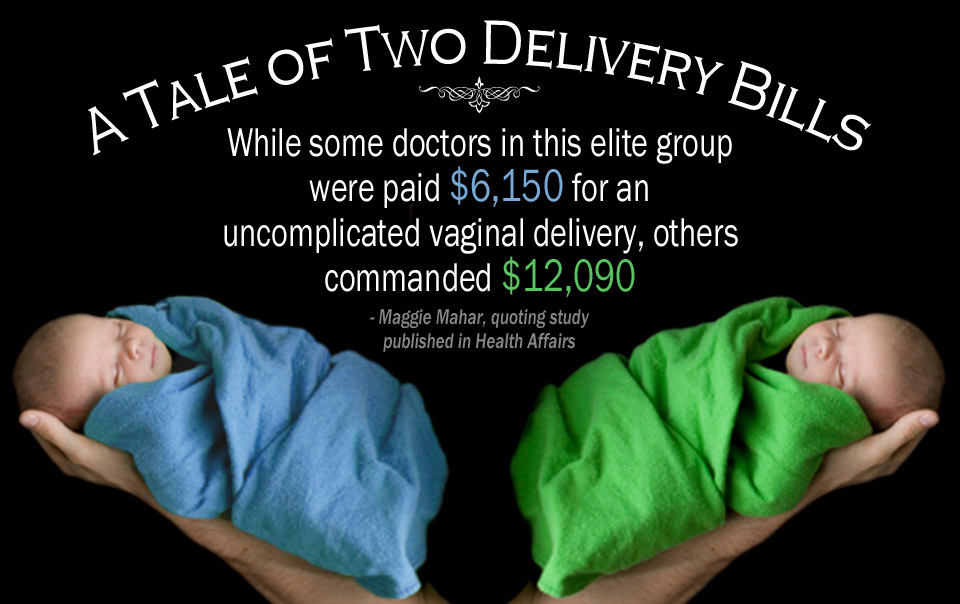 Note to readers:
I welcome reader comments and questions, and will try my best to reply in a timely manner. I ask only that you do your part to keep our discussion both reasoned and polite. – MM

Why do some hospitals charge twice as much as others for the same service?

“Because they can,” says Gerard Anderson, director of the Johns Hopkins Center for Hospital Finance and Management. “It’s not any more sophisticated than that.”

When negotiating with insurers, brand-name health care providers have more clout – and they use it to command top dollar. These providers know that if they don’t join the insurers’ network of providers, the company will lose customers. Most patients believe that the priciest healthcare must be better.

Now, payers from Boston to Los Angeles are pushing back. Under Obamacare, payers will be experimenting with various ways to pay for quality. Accountable Care Organizations won’t be able to charge higher fees for services because they won’t be paid fee-for-service. According to many industry experts, wide variation in what providers charge may well begin to vanish.

Already, observers are beginning to recognize that huge disparities in prices are not justified by higher quality care. Indeed, just this month when the Joint Commission issued a list of 620 “top-performing hospitals” (representing roughly 18 percent of the nation’s accredited institutions) some of the nation’s most prestigious academic medical centers did not make the list.

Granted, the benchmarks the Commission used to grade quality didn’t try to evaluate “outcomes,” but instead focused on “process”: Did someone remember to give aspirin to heart attack patients? Did they provide anti-stroke medications to stroke patients at discharge? Still these details tell us something important about an institution’s safety and efficiency. Unlike US News & World Report’s rankings, they go beyond an institution’s perceived “reputation” to look at hard scientific evidence. (Hat tip to Kent Bottles, M.D.)

Last week, the city of Los Angeles acted on the new skepticism when it began sending letters to employees telling them that doctors affiliated with two of the city’s marquee hospitals – Cedars-Sinai and UCLA – will no longer be covered under Anthem’s Select health plans, effective January 1.  About 27,000 city workers and their families are enrolled in Anthem. An additional 32,000 city employees and family members covered by Kaiser Permanente aren’t affected, and most Los Angeles police officers, firefighters and retirees are covered by separate contracts. (Although Cedars-Sinai and UCLA are viewed as “hospitals to the stars,” neither appeared on the Joint Commission’s list. By contrast,Kaiser Permanente in Los Angeles did make the cut-off.

The move will save $7.6 million in annual premiums. Officials at Cedars-Sinai and UCLA protested, arguing that their higher prices are warranted because they do world-class medical research and cutting-edge treatments in areas such as cancer or organ transplants that benefit the entire community. But too often, brand-name hospitals charge far more for low-tech services. “Purchasers are sending a signal that certain prices are just unaffordable,” David Lansky, chief executive of the Pacific Business Group on Health – which represents large companies such as Walt Disney Co. – told the Los Angeles Times. “We want great teaching and medical research institutions to survive. Whether that should happen by charging everyone in society a higher rate for routine services is more debatable.”

What private insurers pay doctors and hospitals:
It’s not about quality, it’s about market clout.

It’s not just marquee hospitals that charge more. Large specialty practices with a presence in the community enjoy market leverage. And when physicians are employed by hospitals, the Wall Street Journal reports that those institutions use their market power to lift doctors’ fees by as much 30 or 40 percent.

In 2010, the Center for Studying Health System Change (HSC) analyzed 12.2 million insurance claims, and found eye-popping differences in provider reimbursements, not just across markets but in a given market. In Los Angeles, private insurers paid some hospitals less than Medicare, while other hospitals received 184 percent of Medicare rates. Did they see more difficult cases? No. Medicare rates reflect the severity and complexity of an illness. And while “measurement of health care quality remains rudimentary, it is unlikely costs associated with differences in quality … would be as large as the differences in payments,” observed HSC’s Paul Ginsburg. The most expensive L.A. hospital demanded – and received – 318 percent more than Medicare pays.

This month, a study published in Health Affairs confirms “essentially no correlation” between price and quality. The researchers began by rating the quality of care offered by 250,000 physicians. They then zeroed in on doctors who ranked in the top 25 percent, and looked at what insurers paid them. As noted, the yardsticks that we have to measure quality are far from perfect, but it’s fair to assume that, by and large, physicians in the top quartile provided good care. Yet, after adjusting for the complexity of the case, as well as costs in different regions, reimbursements for medical procedures varied by as much as 250 percent.

While some doctors in this elite group were paid $6,150 for an uncomplicated vaginal delivery, others commanded $12,090. The price for decompression of a herniated disc ranged from $7,230 to $17,680. In each case, researchers adjusted for the severity of the disease as well as differences in costs in different regions.

The next wave of reform: Addressing variations in provider pricing

When it comes to universal coverage, Massachusetts is ahead of the rest of the country. Now, it is leading the way in a second stage of reform: questioning disparities in providers’ prices that have little do with the quality of care.

Now Massachusetts is preparing to take on what Nancy Turnbull, associate dean at the Harvard School of Public Health, calls “the third rail” of health policy – “unwarranted disparities in providers’ prices.”

In Massachusetts, the cost of medical care has soared in recent years, not so much because the newly insured are using more health care, but because the state is home to powerful, prestigious providers who are able to lift their prices. A state report reveals that increases in their reimbursements explain about half of the growth in outpatient payments from 2007 to 2008, and virtually all of the growth from 2008 to 2009 – when spending per patient rose by 13 percent.

Over those two years, spending on physicians and other professional services jumped by 21 percent. Overall, “Higher prices explained 77 percent of the growth in spending from 2007 to 2008, and 88 percent of the increase from 2008 to 2009.”

Massachusetts sends a warning to providers who overreach

In 2010 and again in 2011, the state’s Attorney General (AG) issued sharply worded reports charging that the state’s insurers are not reimbursing for “value” but instead are responding to “market leverage.” The AG realized that when the same doctor does the same procedure in two different hospitals, insurers will pay him 44 percent more when operating in a brand-name hospital.

In 2011, the state’s House Majority leader introduced a bill that divided the state into four geographic areas, and limited what insurers would pay any provider to the 80th percentile of current rates in each region.

But Massachusetts’ legislators are not ready to grab the third rail. Last month, they passed a healthcare bill that does not go that far. Still, it does set aggressive targets for overall healthcare spending, aiming to make sure that medical spending does not grow faster than the state’s economy. Massachusetts is the first state to do this. The target for 2013 is just 3.6 percent.

The law also creates an independent Health Policy Commission that will monitor large provider organizations. If their reimbursements exceed the spending targets they will be asked to “submit plans for corrective action.” More importantly, the Commission can refer cases to the AG if commissioners determine that an organization “has abused its market power.” The law lays the groundwork for further action.

As Turnbull notes, “the appointments of the 9 public members to the 11-member Commission will be critical.”

EDITOR’S NOTE: An expanded version of this column – “The Third Rail of Payment Reform”–Tackling Wide Variations in How Much Providers Charge – appears at Maggie Mahar’s HealthBeat Blog.