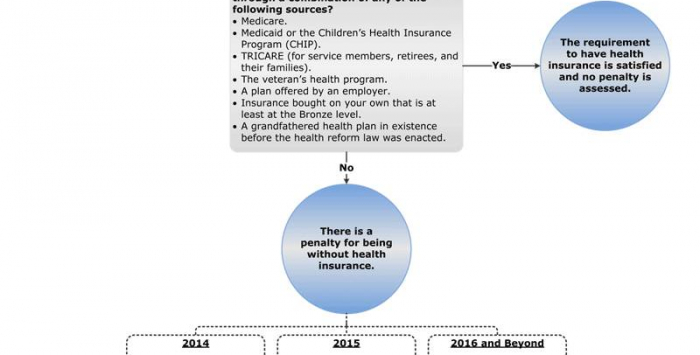 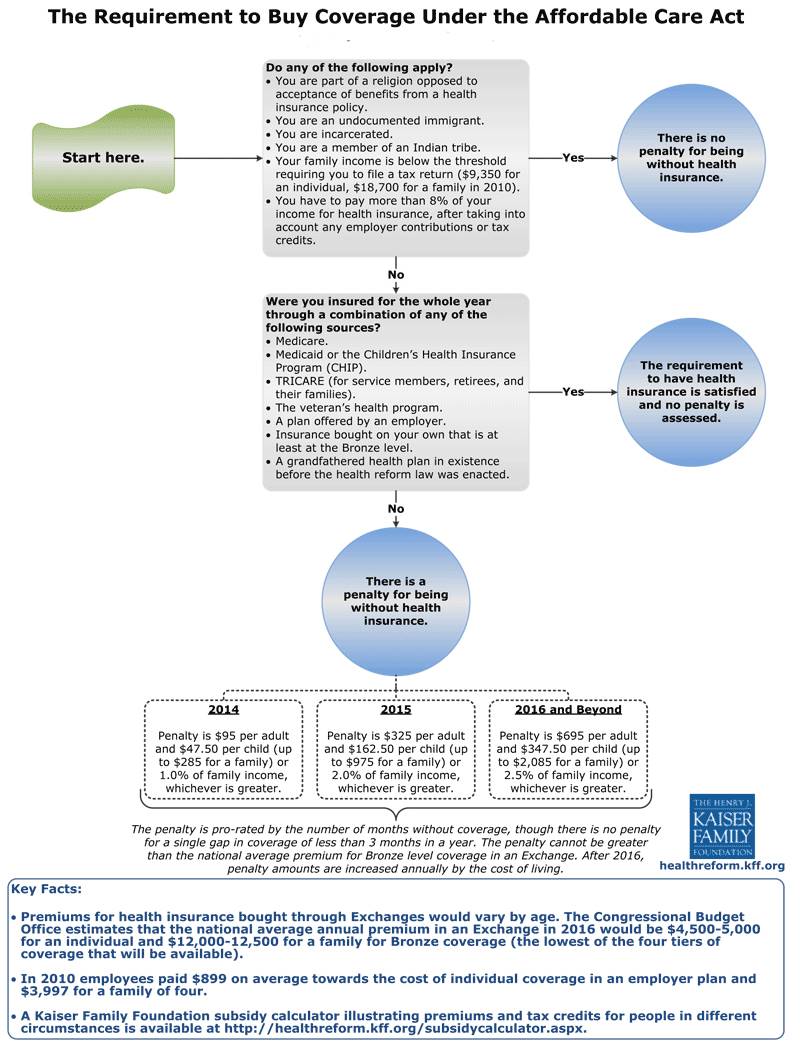 The requirement to purchase coverage under the Affordable Care Act. (Click for larger version of Kaiser Family Foundation graphic.)

Editor’s Note: Maggie Mahar, who has been blogging on this site for several months, resumed blogging today at the HealthBeat blog, just in time to weigh in on the Supreme Court’s decision on the Affordable Care Act. We’ve cross-posted her first piece below.

To the surprise of many, they upheld the individual mandate requiring that most Americans buy insurance – or face a modest penalty. The vote was 5-4 with Chief Justice Roberts joining the majority. The court overturned just one small part of the legislation. Under the Affordable Care Act, the federal government is offering states funding to expand their Medicaid programs.

Washington had threatened to withhold all Medicaid funding if a state refused to participate in the expansion. The Court ruled that the federal government cannot penalize the states in that way.

I was not entirely surprised by the Court’s decision. Indeed, on March 26, the day that the Supreme Court began to hear oral arguments, I wrote about why I felt the law would not be overturned by the Court.

At the time, I knew I was going on out a limb. But I believed then, and still believe that if the Court tried to overturn landmark legislation, it would be threatening the systems of checks and balances that divides power among the three branches of our government.

Finally, let me emphasize that the notion that the Affordable Care Act “forces” all Americans to purchase insurance is an exaggeration.

First, the penalties are so modest that they hardly constitute force.

Second, the only Americans who would be affected by the rule are those who do not have employer-sponsored insurance, and must buy their insurance in the individual market. The graphic below illustrates how few people will be affected, and provides detail on the penalties.

Finally, keep in mind that under the Affordable Care Act many Americans who purchase insurance in the individual market will receive subsidies in the form of tax credits.