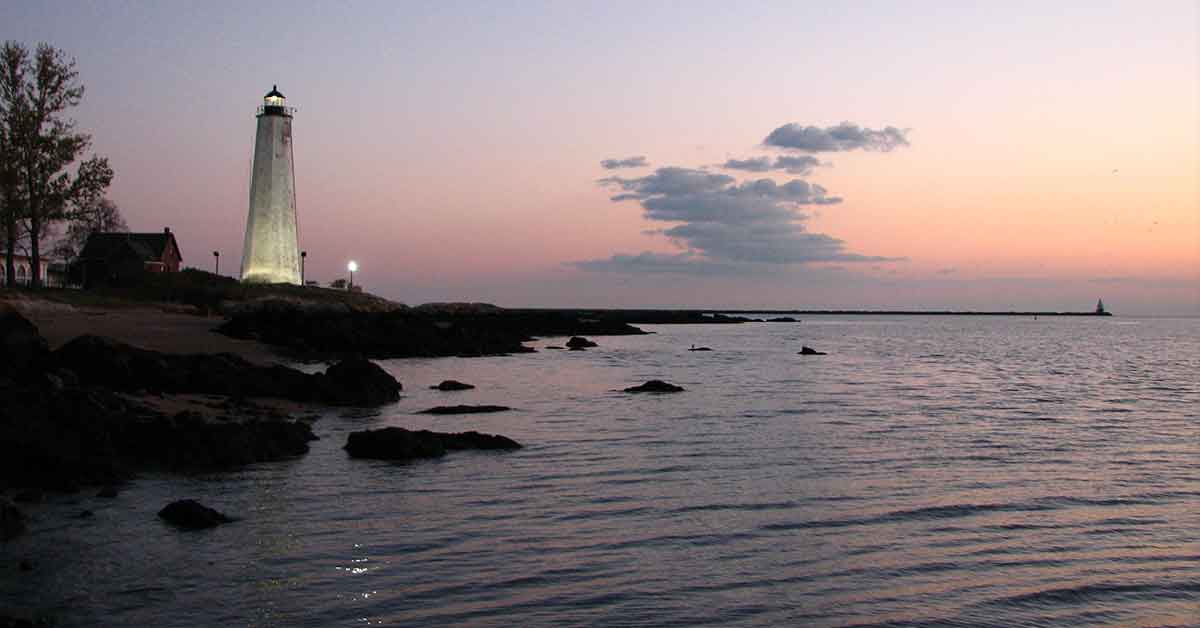 Lighthouse from the Rocks | by Versageek

Access Health CT is a successful state-run exchange (marketplace) that dodged many of the technical problems that plagued other exchanges over the first few years of operation. The exchange is used by individuals, families, and small businesses that need to purchase health insurance coverage.

Individual market policies are purchased by people who are self-employed, retired prior to age 65, or employed by a small business that doesn’t provide health benefits. People who purchase these individual market plans through the exchange are able to obtain financial assistance (premium subsidies and cost-sharing reductions) depending on their household income. These subsidies reduce monthly premium costs as well as out-of-pocket medical costs.

Open enrollment for 2021 coverage in Connecticut was extended through January 15, 2021. This was a last-minute extension, issued by AccessHealth CT on December 16, after the normally-scheduled open enrollment period had ended (similar last-minute one-month extensions were issued for 2019 and 2020 as well).

And to address the ongoing COVID pandemic, AccessHealth CT is offering an enrollment window from February 15 to March 15, 2021 (with a possible extension at a later date, if they deem it necessary), during which people who aren’t currently enrolled in a plan through AccessHealth CT can sign up for coverage.

Outside of the open enrollment period, Connecticut residents normally need a qualifying event in order to enroll or make a change to their coverage. But people who are eligible to use the COVID-related enrollment window (ie, anyone not already enrolled in a plan through the exchange) do not have to show proof of a qualifying event.

(The open enrollment window does not apply to small-group plans; employers can select a plan at any time during the year in order to provide health benefits to employees, and will then establish an open enrollment period during which employees sign up for coverage for the next plan year.)

As of 2019, pregnancy is a qualifying event that allows a woman to enroll in ACA-compliant individual market coverage in Connecticut.

As of January 2020, 2021 (shortly after open enrollment ended), enrollments in 2021 health plans through Access Health CT had reached 107,946, although this is a preliminary report and not yet official. Although this is a lower enrollment total than Access Health CT normally has, it has to be considered in conjunction with the fact that Medicaid enrollment in the state increased by more than 70,000 people from February to November 2020, as a result of job/income losses during the pandemic.

Most of the insurance companies that sell small group plans in Connecticut do so outside the exchange. For 2021, most of these insurers raised their premiums by an average of 4 to 11 percent. Small businesses purchasing coverage for their employees can use Access Health CT, with a choice between plans offered by Anthem or ConnectiCare, or can shop directly with one of the eight insurance companies that offer plans outside the exchange.

In 2010, Connecticut was the first state to adopt Medicaid expansion, and it again expanded Medicaid eligibility criteria for the program at the beginning of 2014.

Between February and November 2020, enrollment in HUSKY Health (Connecticut’s Medicaid and CHIP program) grew by about 70,000 people, reaching a total of more than 920,000.

Read more about Medicaid eligibility and the ACA’s Medicaid expansion in Connecticut.

In 2018, the Trump administration relaxed the rules on the duration of short-term health insurance policies, but the rules allow states to continue to impose more strict restrictions, and Connecticut does.

The state already limited short-term coverage to no more than six months in duration, and prohibited renewals. Starting in 2019, Connecticut began requiring short-term health plans to cover essential health benefits. As a result, there are no longer any insurers offering short-term plans in the state.

How Obamacare has helped Connecticut

As of mid-2020, there were more than 103,000 people enrolled in private health plans through Access Health CT; Obamacare’s essential health benefits are covered for all of them, with no lifetime or annual caps on the benefits. And 70 percent of these enrollees were receiving premium subsidies, which help to make monthly premiums affordable.

Connecticut and the Affordable Care Act

Connecticut state lawmakers passed legislation authorizing a state-run health insurance marketplace in 2011, and then Gov. Dan Malloy signed the bill into law on July 1, 2011. Malloy was re-elected in 2014. Current Governor, Ned Lamont, who is also a Democrat, took office in 2019.

Does Connecticut have a high-risk pool?

Prior to the reforms the ACA brought to the individual health insurance market, coverage was underwritten in nearly every state, including Connecticut. That left people with pre-existing conditions often unable to purchase a plan at all, or only eligible for coverage that excluded pre-existing conditions or charged premiums significantly higher than the standard rates.

The Connecticut Health Reinsurance Association (HRA) was created in 1976 to give people an alternative if they were ineligible to purchase individual health insurance because of their medical history. (Only Minnesota has a high risk pool as old as Connecticut’s.)

Since January 2014, all new major medical policies in the individual market have been guaranteed issue, thanks to the ACA. This means that there is no longer a need for high-risk pools the way there was in the past. Connecticut’s HRA board voted to discontinue new member enrollment at the end of 2013, but they did not immediately cancel coverage for existing members. Ultimately, HRA plans remained in effect throughout 2017, but were terminated at the end of 2017. All remaining HRA members needed to switch to new plans for 2018.

Medicare coverage and enrollment in Connecticut

Connecticut Medicare enrollment reached 694,283 as of November 2020. About 46 percent of those enrollees had private Medicare Advantage plans, while the other 54 percent were covered under Original Medicare. Most Medicare beneficiaries in Connecticut are eligible for Medicare due to age, but 13 percent are under 65 and are eligible because of a long-term disability, ALS, or end-stage renal disease.

Read more about Medicare in Connecticut, including the state’s rules for Medigap plans, and options for private Medicare Advantage and Part D prescription coverage.

Learn about how Medicaid supports one in five Medicare beneficiaries. (Medicaid in Connecticut is HUSKY Health)

Got questions about the annual Medicare open enrollment period? Our guide can help.

You’ll find a summary of recent healthcare legislation in Connecticut at the bottom of this page.