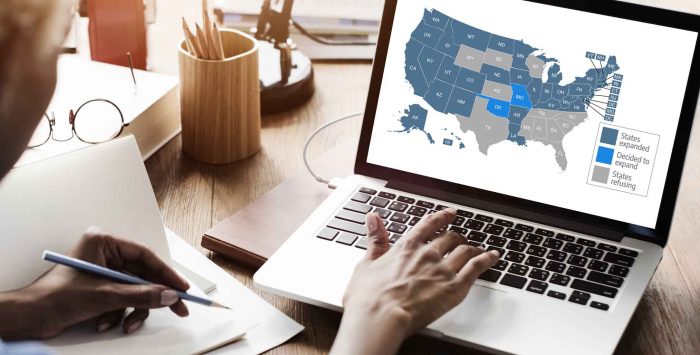 Q. Who’s paying for the ACA’s Medicaid expansion? The federal government – or each state?

A: States will never be responsible for more than 10 percent of the cost of expansion. The federal government paid the full cost of expansion for the first three years (2014 through 2016). The federal government’s portion gradually dropped to 90 percent by 2020, and it now stays there permanently (for perspective, under traditional Medicaid, states can pay up to 50 percent of the cost).

For states that expand Medicaid, the federal funding they receive will always dwarf the amount that the state has to spend. And although states have to cover 10 percent of the cost of Medicaid expansion, their net spending can be much less than that — even negative in some cases. There are a few reasons for that:

36 states and the District of Columbia have expanded Medicaid as of early 2021, and two more — Oklahoma and Missouri — will expand Medicaid in mid-2021.