Find a plan.
How much could you save on 2023 coverage?
Compare health insurance plans in Pennsylvania and check your subsidy savings.

Pennsylvania uses a state-run health insurance exchange (Pennie) which has 13 participating insurers offering 2022 coverage. All 13 will continue to offer plans for 2023 as well.

During open enrollment for 2022 coverage, 374,776 people enrolled in private individual market plans through the Pennsylvania exchange.

Pre-subsidy marketplace rates in Pennsylvania were essentially flat for 2022, and are increasing by an overall average of 5.5% for 2023.

Pennie and the PA Department of Revenue have created an “easy enrollment” program that was in use by early 2022.

What type of health insurance marketplace does Pennsylvania utilize?

Pennsylvania now operates its own fully state-run exchange, known as Pennie. But this was a transition after several years of using the federally-run exchange.

Pennsylvania enacted legislation (H.B.3/Act 42) in 2019 that called for the state to transition to running its own exchange platform and also create a reinsurance program to help to make coverage more affordable. Both took effect in 2021 (Pennie was operational as of the fall of 2020, for people to enroll in 2021 coverage).

When can I enroll in health coverage in Pennsylvania?

The open enrollment period for individual/family coverage runs from November 1 to January 15 in Pennsylvania. This includes plans sold through the exchange as well as plans obtained off-exchange.

But there are some special enrollment periods, such as Pennie’s low-income SEP, enrollment opportunities for Native Americans, and the tax-time “Path to Pennie” (described in more detail below) that do not require specific qualifying events.

Which health insurance carriers offer coverage in the Pennsylvania marketplace?

Pennsylvania’s state-run exchange, Pennie, has 13 participating insurers, although some share a parent company. But there are still eight distinct entities offering coverage, which was a record high for Pennsylvania’s exchange as of 2022. The following insurers offer plans through Pennie for 2023, with varying coverage areas:

Which health insurance carriers have offered coverage in the Pennsylvania marketplace in the past?

Pennsylvania’s exchange is fairly robust in terms of overall insurer participation, but it’s gone from having four or more insurers offering plans in every county in 2015, to several areas of the state having only one insurer option in 2018 and 2019.

Keystone Health Plan Central also stopped offering plans in the exchange in 2017, according to the rate approval notice published by the Pennsylvania Insurance Department. They were not offering silver plans at all in the individual market in 2017, which is a prerequisite of offering coverage in the exchanges under ACA rules. As of 2019, Keystone Health Plan Central is continuing to only offer plans outside the exchange, although they have over 2,000 enrollees.

All of the insurers that offered plans in Pennsylvania’s exchange in 2018 continued to do so for 2019 — and several expanded their coverage areas — and Ambetter (Centene) joined the exchange. Ambetter from PA Health & Wellness is offering plans in the Philadelphia area (Bucks, Montgomery, and Philadelphia counties). Residents in nearly half of Pennsylvania’s counties had additional plan options for 2019. In 31 of Pennsylvania’s 67 counties, there were more health insurers offering coverage in the individual market in 2019 than there were in 2018. And in addition to a new entrant into the market, four of the five insurers already in the individual market expanded their coverage areas for 2019. Further, the number of counties with just one health insurer offering coverage in the individual market decreased from 20 to eight.

For 2020, all of the existing insurers remained in the exchange, and Oscar joined in the Philadelphia area. Highmark also expanded into 14 additional counties for 2020.

In Pennsylvania, Highmark’s individual market plans are available through several affiliates. One of them — Highmark Choice Company — discontinued its 2020 plans (which were offered on- and off-exchange) at the end of 2020 and is instead only offering one bronze plan outside the exchange for 2021. Highmark Choice Company’s filing indicated that they expected to have very low enrollment (only two members) in 2021. Approximately 3,720 enrollees who had Highmark Choice Company plans in 2020 needed to switch to another plan for 2021.

For 2022, Cigna joined Pennsylvania’s exchange, with plans available in the Philadelphia area. The same 13 insurers continued to offer coverage in 2023.

How are Pennsylvania exchange premiums changing for 2023?

Thirteen insurers are offering individual market plans through Pennsylvania’s health insurance marketplace/exchange (Pennie) in both 2022 and 2023, although several of them share parent companies.

The insurers that offer plans through Pennie will implement the following average rate changes for 2023, amounting to an overall average increase of 5.5%:

Across the entire individual market, including the insurers that only offer plans outside the exchange, the average rate change amounts to an increase of 5.5% for 2023.

How have premiums changed in Pennsylvania's exchange in previous years?

For perspective, here’s a look at how average premiums have changed in Pennsylvania’s exchange over the years:

How many people are enrolled through Pennsylvania's health insurance exchange?

Pennsylvania lawmakers considered House Bill 1030 in 2021, to create an “easy enrollment” program in Pennsylvania, much like the system that Maryland debuted in 2020, and which Colorado will start using in 2022. New Jersey lawmakers passed a similar bill in 2021.

Although Pennsylvania’s legislation did not advance, Pennie’s board of directors noted that the legal authority already existed for Pennie and the Pennsylvania Department of Revenue to implement an easy enrollment program. As of August 2021, the process of implementing the program was well underway, and the new program, dubbed “Path to Pennie,” was up and running in time for the 2022 tax filing season (for 2021 tax returns).

Pennsylvania’s easy enrollment program adds an optional new form (REV-1882) to the Pennsylvania state tax return. Uninsured tax filers can complete this form and include it with their tax return if they would like the Pennsylvania Department of Revenue to share their pertinent information with Pennie. The state noted that data transfer will happen in three batches during the tax filing season, starting in March.

State-run health insurance exchange, "Pennie," debuted in the fall of 2020

Pennsylvania residents no longer use HealthCare.gov. Pennie — the new Pennsylvania Insurance Exchange — debuted in 2020, and residents began using it to enroll in 2021 health plans starting on November 1, 2020. Account information for people who were enrolled in 2020 plans through HealthCare.gov was migrated to Pennie in advance of open enrollment, enabling a fairly seamless transition. Because the state is now running its own exchange, it had the flexibility to extend open enrollment, which lasted an extra month in Pennsylvania, ending on January 15, 2021 (the following year, for 2022 coverage and beyond, the federal government also extended the open enrollment period for HealthCare.gov through January 15).

Pennie stems from legislation that Pennsylvania enacted in 2019, calling for the state to establish its own health insurance exchange that would be operational in time for the 2021 plan year. This move will save money and also gives the state significantly more control over its exchange.

In August 2019, Governor Wolf announced the appointees for the Pennsylvania Health Insurance Exchange Authority’s board of directors. The group was tasked with overseeing the implementation and operations of the state-run marketplace. Pennsylvania’s Insurance Commissioner, Jessica Altman, was initially the chair of Pennie’s board of directors, although she will become the CEO of California’s exchange as of March 2022. Zachary Sherman, who previously served as the director of Rhode Island’s health insurance exchange, is leading Pennsylvania’s exchange.

Wolf’s office noted that the state-run exchange was expected to cost “as little as $30 million per year,” likely in the range of $30-$35 million per year. As described below, Pennsylvania is using the savings to fund the state’s portion of a reinsurance program that is reducing the cost of coverage for people who aren’t eligible for premium subsidies.

Pennsylvania already switched to having a state-based exchange on the federal platform (SBM-FP) as of the fall of 2019. This means Pennsylvania had taken responsibility for a variety of exchange functions and oversight, but used HealthCare.gov for enrollment (six other states had the same exchange model as of 2021). This change reduced Pennsylvania’s exchange user fee to 2.5% of premiums for 2020, instead of 3%. The state had indicated that they would likely keep the fee at 3% of premiums and use the excess for “any unexpected transition costs” that might arise as the state switched from HealthCare.gov to its own enrollment platform.

In addition to financial savings, states that run their own exchanges also have flexibility regarding their open enrollment schedules (Pennie’s first enrollment window continued until January 15, 2021, which is an extra month beyond what it would be if the state had continued to use HealthCare.gov), call center operations, and navigator grants. They also have much better access to enrollment data, which can be used to better understand enrollment trends and seek opportunities to better serve the state’s population (they publish a vast amount of enrollment data). Jessica Altman, Pennsylvania’s Insurance Commissioner, testified before the PA House Insurance Committee in May 2019 and outlined the myriad benefits of switching to a state-run exchange.

Actuarial modeling in the state’s proposed waiver indicated that with the reinsurance program in place, unsubsidized premiums in the individual market would be 4.9% to 7.5% lower in 2021 than they would otherwise have been. In announcing that the waiver proposal had been approved, Gov. Wolf clarified that premiums were expected to be 5% lower in 2021 than they would have been without reinsurance. The proposed rates that insurers filed for 2021 amounted to an average decrease of about 2.6% from 2020 rates, and the approved rates ended up being even lower, with an overall average decrease of 3.3%; without the reinsurance program, average rates would have increased instead.

Other types of health coverage in Pennsylvania 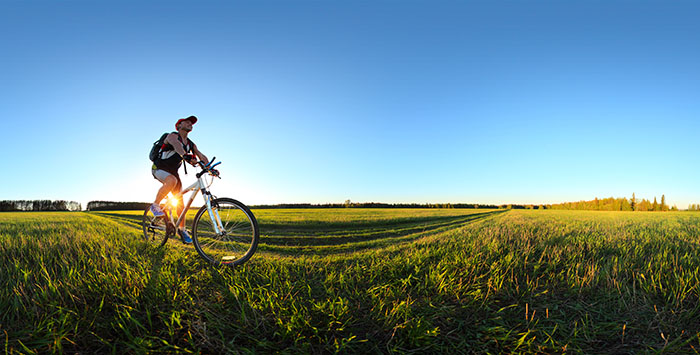 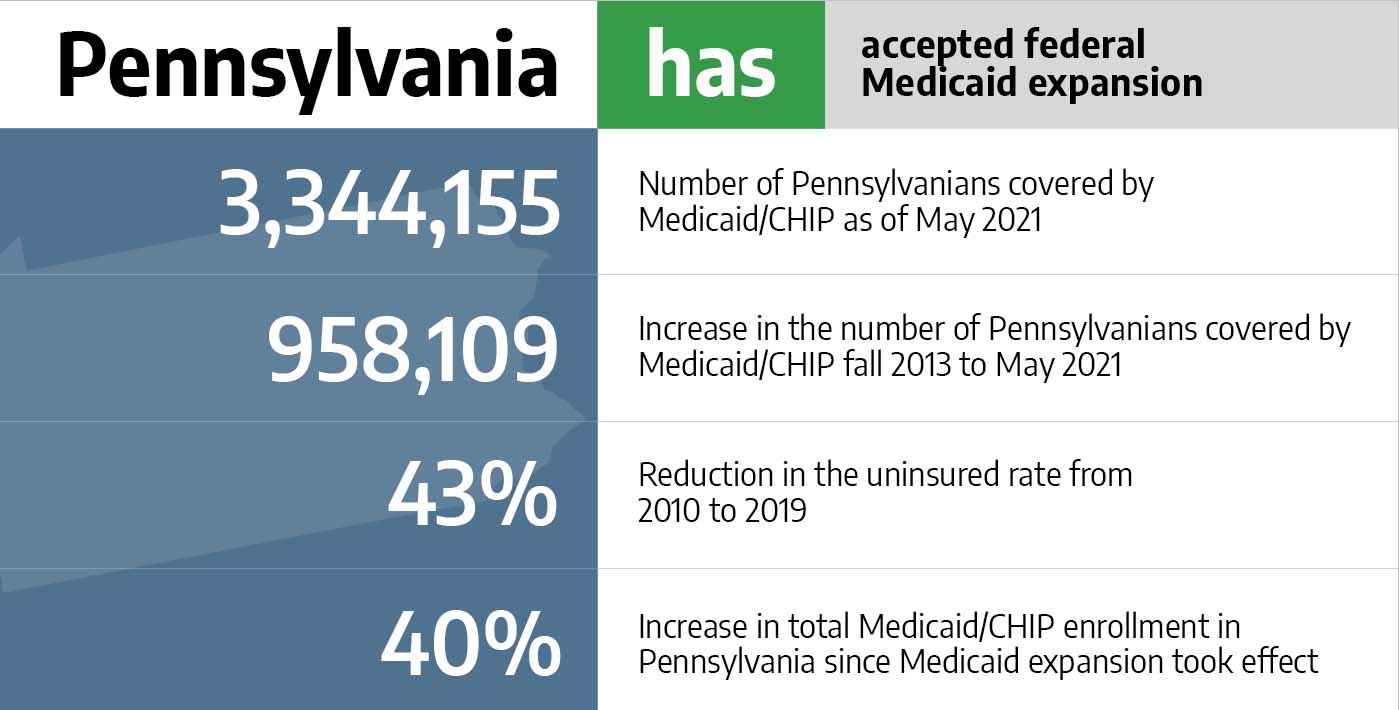 More than a million Pennsylvanians are enrolled in expanded Medicaid. 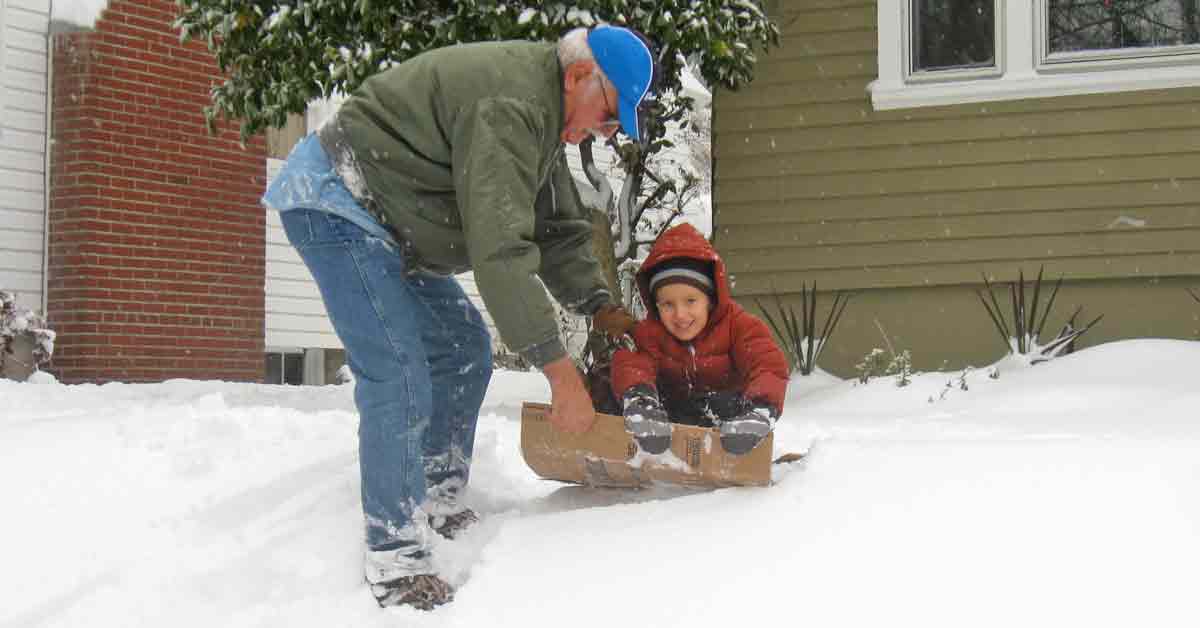 Pennsylvania's Medicare Advantage market is robust, with 70+ plans available in most counties. 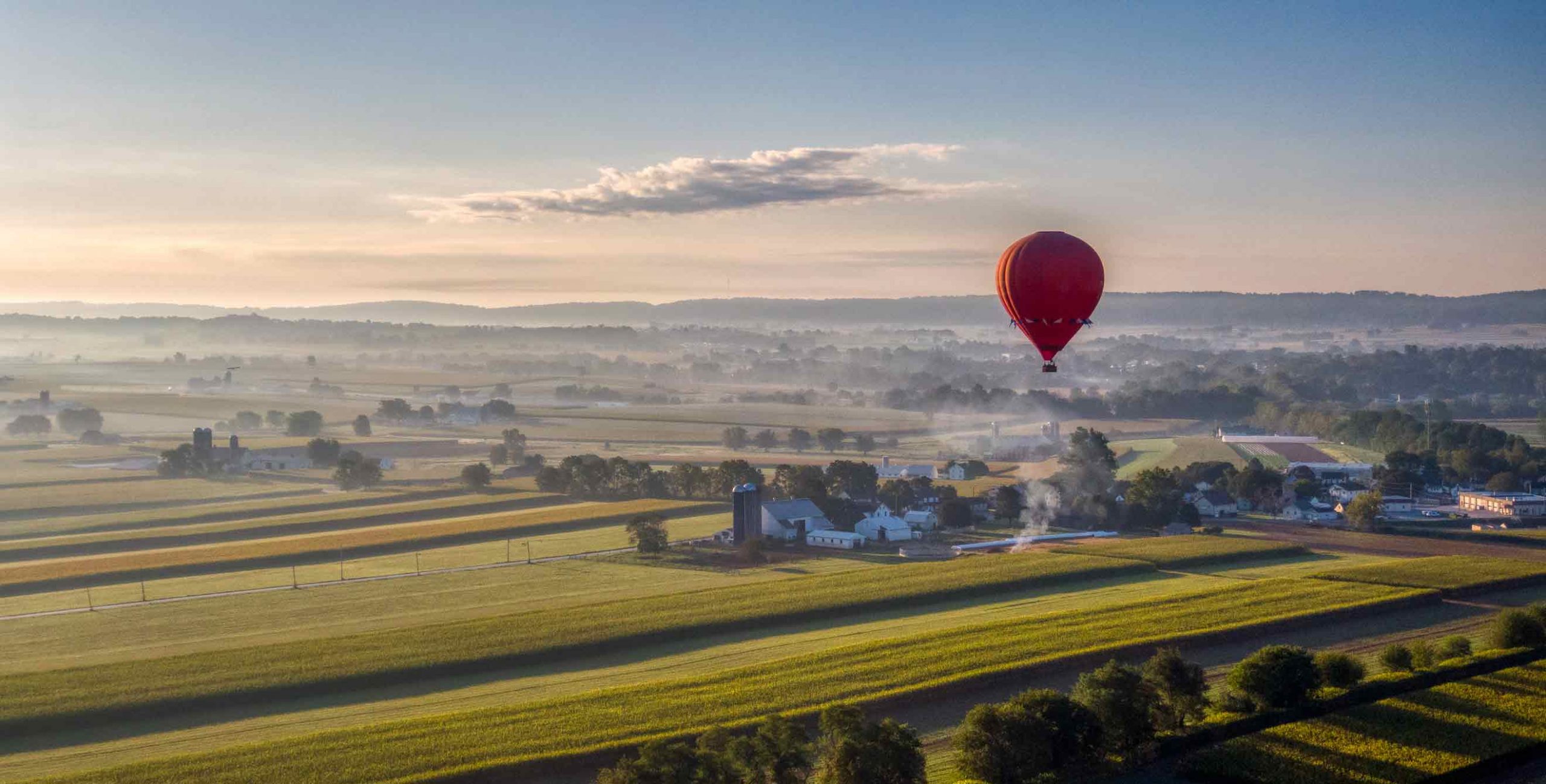 Overview of coverage options in Pennsylvania 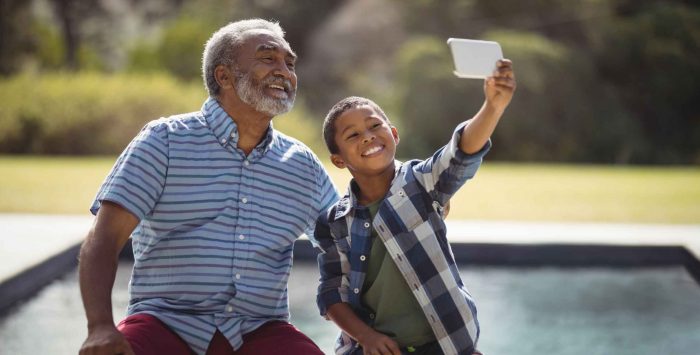 Pennsylvanians who qualify for Medicaid using the state's spend-down program have to submit new medical expenses every six months. 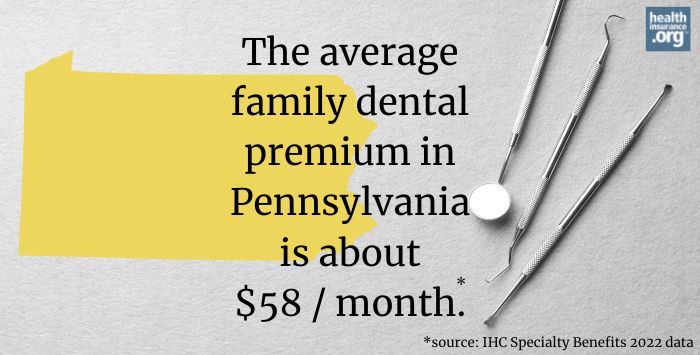 Learn about adult and pediatric dental insurance options in Pennsylvania, including stand-alone dental and coverage through Pennie.