Find a plan.
How much could you save on 2022 coverage?
Compare health insurance plans in Wyoming and check your subsidy savings.

Wyoming uses the federally run health insurance exchange and insurers offer 2022 plans in the marketplace. During open enrollment for 2022 coverage, 34,762 residents enrolled in private individual-market plans through the Wyoming exchange.

What type of health insurance marketplace does Wyoming utilize?

Then-Gov. Mead announced in late 2012 that Wyoming would default to the federal health insurance exchange for 2014, with the possibility of moving to a state-run exchange at some unspecified future date.

In 2012, the Wyoming legislature passed a bill requiring a small committee to study the federal government’s implementation and operation of the exchange. The committee was to monitor how many state residents use the federal exchange, what problems they encounter, operating costs, and other factors in deciding whether to recommend the state eventually take over operations of the exchange. The committee held its first meeting in April 2013, but Wyoming has never seriously considered the possibility of running its own exchange.

Gov. Mead initially refused to expand Medicaid, but began supporting expansion as time went on. In November 2014, Gov. Mead and the Health Department presented lawmakers with a modified Medicaid expansion proposal, and the governor asked them to approve it. Although a Senate committee approved a modified version of Mead’s proposal, the full Senate rejected it. Medicaid still has not been expanded in Wyoming as of 2021, despite the availability of additional federal funding under the American Rescue Plan.

Which health insurance carriers have offered coverage in the Wyoming marketplace in the past?

BCBSWY had been the only carrier offering coverage in Wyoming’s exchange (and the entire individual market, including off-exchange) since 2016, after WINhealth stopped offering coverage at the end of 2015. But for 2021, Mountain Health CO-OP joined Wyoming’s market, offering coverage statewide. The CO-OP already offered plans in neighboring Montana and Idaho, and has expanded their coverage area to include Wyoming.

WINhealth announced in late 2015 that they would exit the individual market at the end of that year (at that point, they were still planning to continue to offer group plans. The decision to exit the individual market was triggered by the shortfall in risk corridors payments. WINhealth found out on October 1, 2015 that they would not receive $4.4 million they were due under the risk corridors program (nationwide, insurers were shorted about $2.5 billion in risk corridors payments that year, and a total of about $12.5 billion over the three years the program was operational; the Supreme Court ruled in 2020 that the federal government must pay the money to insurers).

But Wyoming’s then-Insurance Commissioner Tom Glause noted that WINhealth’s decision “did not come as a surprise to the Department [of Insurance],” as they were already aware of the financial challenges WINhealth had been facing prior to the risk corridors shortfall.

And on October 21, 2015 the other shoe dropped when WINhealth was placed in receivership by the Wyoming Department of Insurance. They ceased sales of new plans at that point, and in January 2016, a Laramie County District judge signed an order to liquidate the company.

In the ensuing years, the Wyoming Department of Insurance had discussions with several out-of-state carriers about the possibility of them entering the Wyoming market at some point. In the spring of 2016, Melody Health Insurance Canopy Health Insurance had announced its plan to offer health insurance in the Wyoming and Nevada exchanges – limited to the Cheyenne and Las Vegas metro areas – for 2017. But the Wyoming Insurance Department confirmed in August 2016 that Canopy had been unable to get licensed in Nevada, which was the first step towards getting their Wyoming license.

As a result, they were not able to get licensed in Wyoming, and have never offered coverage in the Wyoming exchange. Blue Cross Blue Shield of Wyoming continued to be the only insurer offering plans in the Wyoming exchange from 2016 through 2020, although Mountain Health CO-OP has brought competition to the state’s market once again.

How much does health insurance cost in Wyoming?

That’s especially true now that the American Rescue Plan has enhanced premium subsidies. As an example, consider a 40-year-old living in Casper, Wyoming, with a projected income of $40,000 for 2022. They’ll qualify for a premium subsidy of $541 per month. After that subsidy is applied, they can select from among six plans that have no monthly premiums at all. And the other 11 plans have after-subsidy premiums that range from $20/month to $231/month, including some Gold plans that cost well under $100/month.

Average rates in Wyoming decreased slightly in 2019, grew slightly in 2020, and decreased significantly in 2021. So with the decrease for 2022, rates have decreased in Wyoming’s marketplace in three of the past four years. Wyoming’s average premiums were the highest in the country in 2019, although they dropped to second-highest as of 2020 (and appear likely to keep that position in 2022).

In the early years of ACA implementation, Alaska had the most expensive premiums, at least in terms of the cost of the second-lowest-cost silver plan in each area. But Alaska has since implemented a reinsurance program that has reduced premiums significantly. As a result, the average pre-subsidy premium in Alaska’s exchange is projected to be $723/month in 2022 — still higher than most states, but quite a bit lower than Wyoming’s $834/month average premiums. As described below, the Wyoming House passed a reinsurance bill in 2019 in an effort to reduce premiums for people who don’t get premium subsidies, but it died in the Senate.

Since full-price premiums in Wyoming are so much higher than the national average, the “subsidy cliff” was particularly problematic in the state, leaving some people with household income a little above 400% of the poverty level with no realistic coverage options. But the American Rescue Plan has eliminated the income cap for subsidy eligibility in 2021 and 2022, meaning that people with income above 400% of the poverty level can qualify for premium subsidies if the benchmark plan would otherwise cost more than 8.5% of their household income.

How are Wyoming exchange premiums changing for 2022?

For 2022, according to the federal rate review page (ratereview.healthcare.gov), both of Wyoming’s marketplace insurers decreased their average premiums:

Enrollment numbers are redacted so we don’t have a weighted average rate change, but it’s clear that overall average premiums decreased in Wyoming for 2022.

When we talk about overall average rate changes, however, we have to keep in mind that they only reflect how full-price premiums change from one year to the next. They don’t account for subsidies or for the fact that a person’s rates will increase each year based on their age, even if their insurer doesn’t change its average premiums at all.

How have premiums changed in Wyoming's exchange in previous years?

Here’s a look at how premiums have changed in previous years in Wyoming’s exchange since plans became available in 2014:

How many people are enrolled through Wyoming's health insurance exchange?

Here’s a look at how many people enrolled in private plans through Wyoming’s exchange during open enrollment for each year since coverage became available in 2014:

Wyoming House passed a reinsurance bill in 2019, but Senate killed it

Following in the footsteps of several other states — including Alaska, which shares many insurance dynamics with Wyoming — the Wyoming Department of Insurance worked in 2018 on a 1332 waiver proposal to seek federal funding for a reinsurance program. The proposal needed state legislative support before it could be submitted to the federal government, and although the Wyoming House passed a reinsurance bill (HB 85) with nearly unanimous support in early 2019, the measure died in the Senate.

Lawmakers in the Senate were concerned about the 1% assessment that the measure would have imposed on health and disability insurers in the state. That assessment was expected to raise about $9 million per year in state funding, but that would have been dwarfed by the federal “pass-through” funding that the state would have received under the terms of the 1332 waiver they would have proposed if the legislation had been enacted.

Reinsurance works by covering a portion of high-cost claims (the details vary across the states that have set up reinsurance programs, but they generally either reimburse insurers if they have patients with certain high-cost conditions, or reimburse a portion of claims that exceed a certain dollar amount; Wyoming’s legislation would have left the details up to the state insurance commissioner).

That results in lower premiums, because the insurers know that some of their risk is being absorbed by the reinsurance program. When premiums are lower, premium subsidies (funded by the federal government) are also lower, since they don’t have to offset such high premiums (for example, if the after-subsidy price needs to be $100, the subsidy amount will be lower if the pre-subsidy amount is $500, versus if it’s $350). In 2019, 92% of Wyoming exchange enrollees are receiving premium subsidies, so the federal savings would be considerable if subsidies were to be smaller.

By using a 1332 waiver, the state gets to keep the federal savings, rather than having the federal government keep the money. The state would then use the money to fund the reinsurance program, in addition to the $9 million that the state would have raised via the assessment on insurers. In Wyoming, the estimate was that the federal pass-through funding would have amounted to $60 million per year, so federal funds would have covered nearly 87% of the cost of the reinsurance program.

If the state had enacted HB 85 and moved forward with a 1332 waiver for reinsurance, it would have benefitted roughly 3,500 people who pay full price for individual market, ACA-compliant plans in Wyoming (both on-exchange and off-exchange). These individuals don’t qualify for premium subsidies. In most cases, that’s because their incomes exceed 400% of the poverty level, but they could also be affected by the family glitch, or purchasing coverage outside the exchange for some reason, where subsidies aren’t available.

For people who do qualify for premium subsidies, a reinsurance program would make little difference in their net premiums — their subsidies would have ended up being smaller, but that’s because the full-price cost of their plans would have been smaller as well. But for those who don’t qualify for any subsidies and are thus responsible for paying 100% of their premiums, the projection was that a reinsurance program would have lowered their premiums by about 17%.

Particularly in states like Wyoming, where unsubsidized health insurance is much more expensive than average, and where the “subsidy cliff” is much more of an issue than it would be in places with lower premiums, direct primary care models can be an attractive alternative to higher-priced major medical health insurance. And like healthcare sharing ministries, direct primary care practices pose a potential threat to the stability and health of the regular insurance risk pool, since sicker applicants are more likely to gravitate to higher-priced – but much more comprehensive – ACA-compliant health insurance.

Other types of health coverage in Wyoming 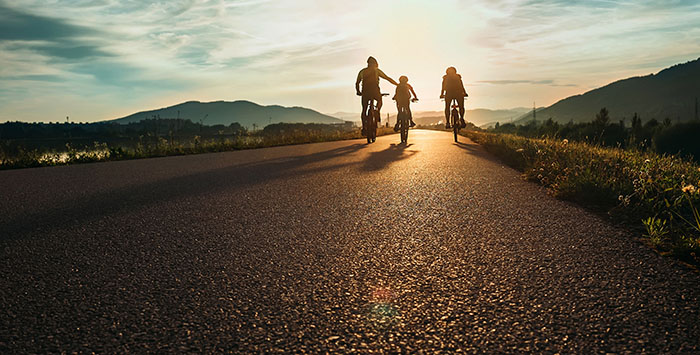 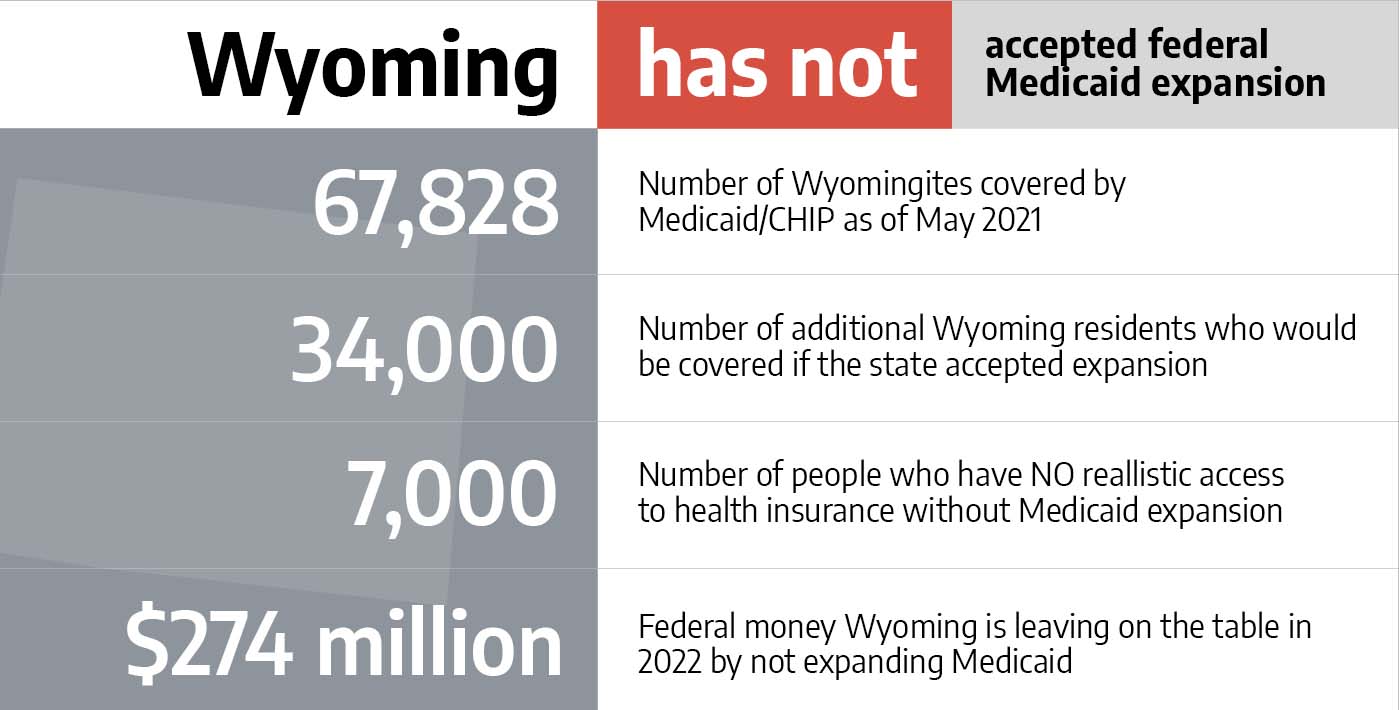 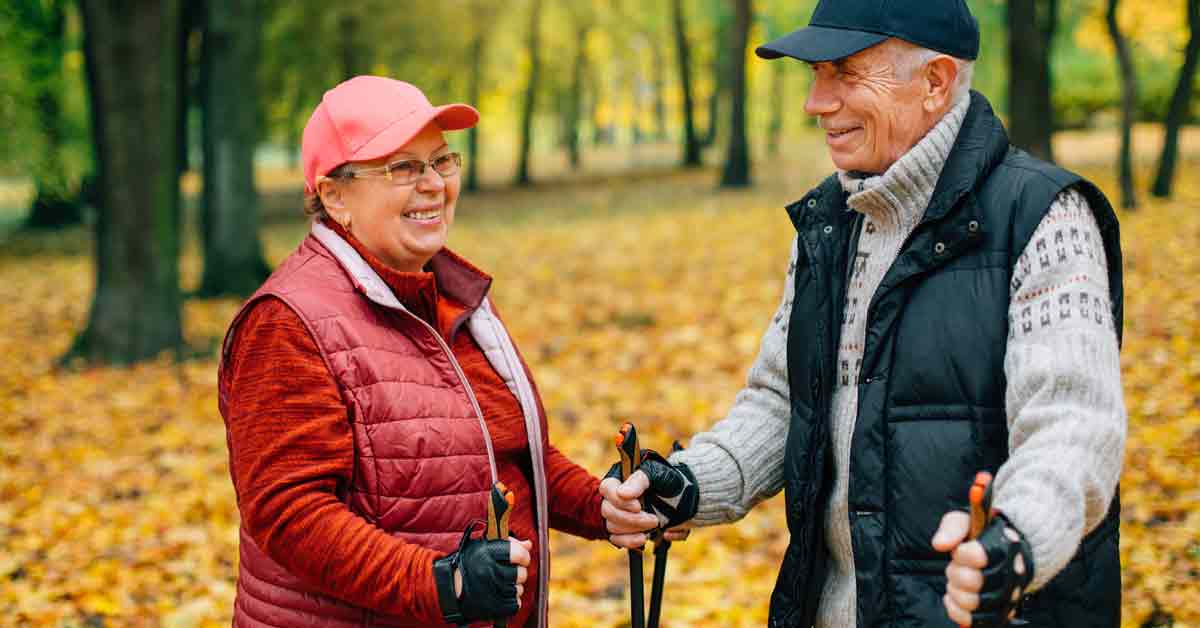 95% of Wyoming Medicare beneficiaries have Original Medicare, as much of the state didn't have Medicare Advantage plans available prior to 2019. 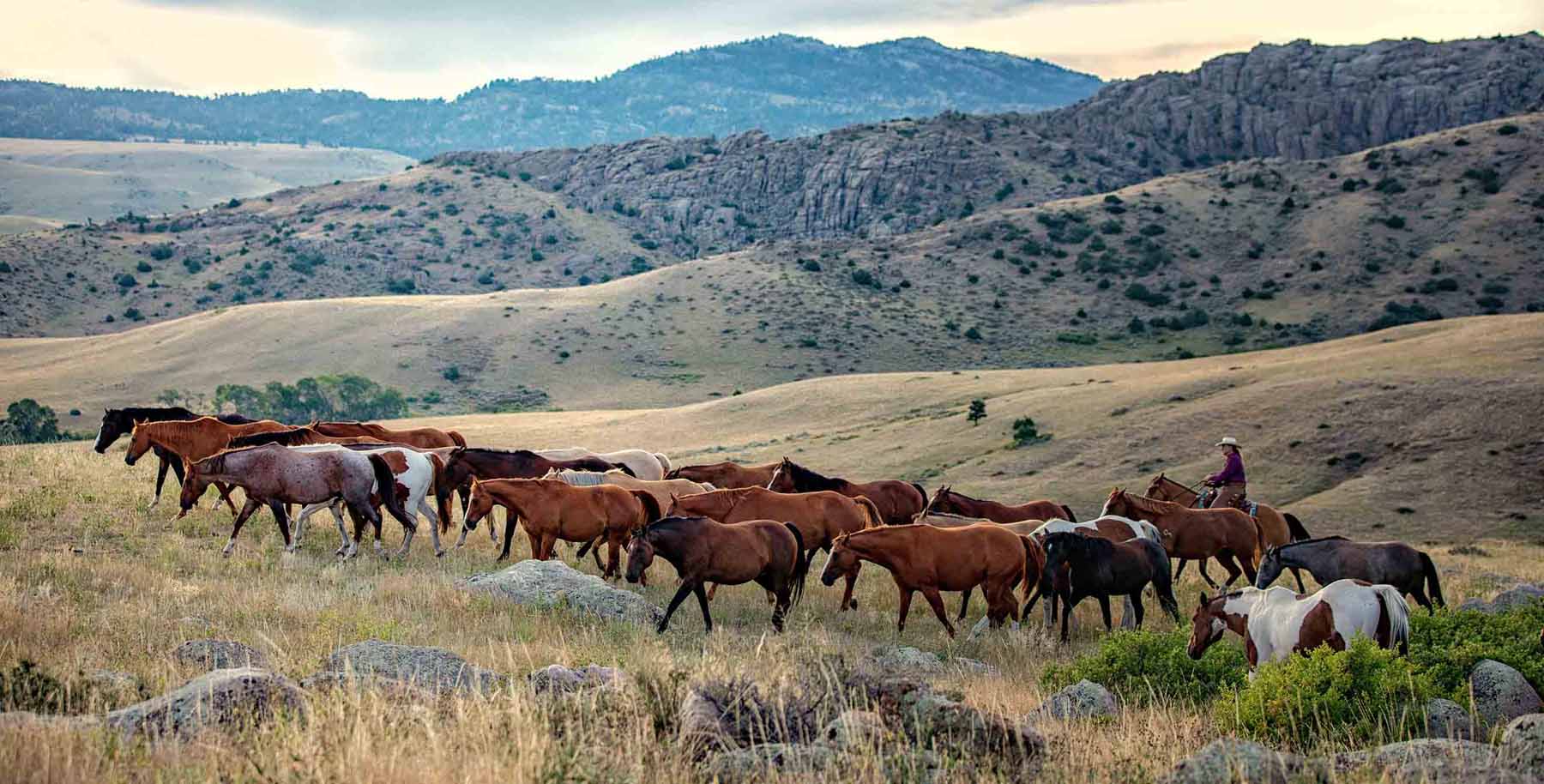 Overview of coverage options in Wyoming 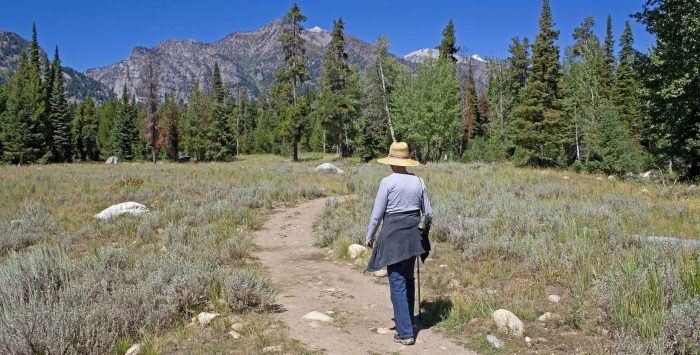 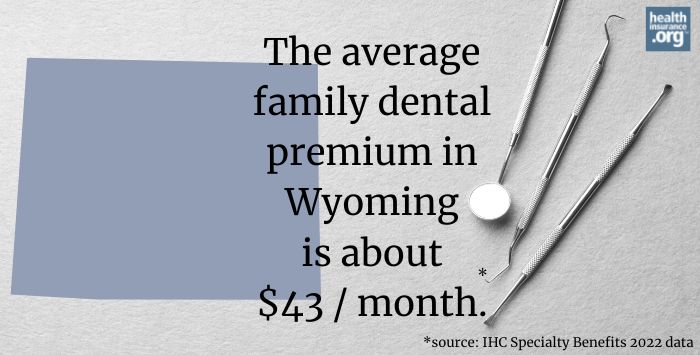 Learn about adult and pediatric dental insurance options in Wyoming, including stand-alone dental and coverage through Wyoming's marketplace.