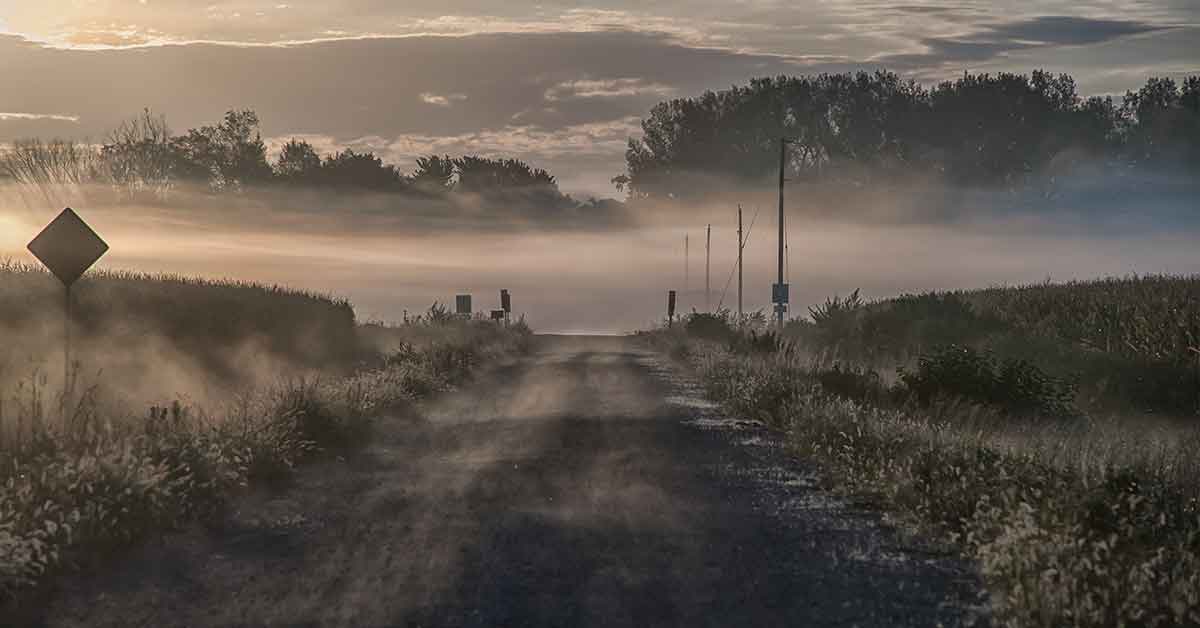 This page is an overview of health insurance resources and options in the state of Iowa. It includes a summary of how the health insurance exchange works for people who buy their own health coverage, and information about the open enrollment period for those plans. We’ve also included an overview of Medicaid expansion in Iowa and links to information about available Medicare plans, the state’s rules for Medigap plans, and how open enrollment works for Medicare beneficiaries.

Each state has a health insurance marketplace (exchange), created as part of the Affordable Care Act (Obamacare). The marketplace is used by individuals and families who purchase their own health coverage. This includes folks who are self-employed, retired prior to age 65, or employed by a small business that doesn’t offer health benefits.

Iowa operates a partnership health insurance marketplace with the federal government, which means that residents use the HealthCare.gov website to compare and purchase individual medical insurance coverage, while the state is responsible for plan management, consumer assistance, and Medicaid eligibility determination.

Two insurance companies, Medica and Wellmark, offer plans in the Iowa exchange, and they both have a statewide service area. For 2021, Medica has proposed a small average premium increase, although Wellmark has proposed a 42 percent average decrease in their premiums.

Iowa is permitting Farm Bureau to sell “non-insurance” (ie, not regulated as insurance by the state) health plans that are medically underwritten. Sales began in November 2018, and the plans are available year-round, as eligibility is based on an applicant’s medical history. This is how individual marketplace health insurance worked in most states (including Iowa) prior to 2014.

Open enrollment in Iowa for 2021 coverage ran from November 1 through December 15, 2020. During this window, people can newly enroll in an individual market plan, either through the exchange or directly through an insurance company (premium subsidies and cost-sharing subsidies are only available through the exchange, so people should generally check there first).

Open enrollment is also an opportunity for current enrollees to compare options for the coming year and either renew or change their existing coverage. Individuals and families who have coverage through the exchange should update the financial information that’s on file with the exchange so that their subsidies for 2021 are based on accurate numbers.

Outside of the open enrollment period, enrollment and plan changes are only possible for Iowans with qualifying events.

Compare plans and rates in Iowa

Iowa is among the states that have accepted federal Medicaid expansion. The state initially received a waiver from CMS allowing it to take a slightly different approach and still receive federal funding, but that approach was abandoned in 2015 in favor of straight Medicaid expansion coverage as called for in the ACA.

In 2015, the state announced that it would switch to regular Medicaid expansion coverage as outlined in the ACA, and also switch to using Medicaid managed care (as most states do). The switch to managed care took effect in April 2016.

The average monthly enrollment for Iowa Medicaid plans grew by 40 percent from 2013 through May 2020.

More information about Iowa Medicaid coverage is available at the Iowa Department of Human Services.

Iowa agreed to follow federal rules regarding short-term health insurance plan durations, so plans can have initial terms of up to 364 days and can last for up to three years if they’re renewable. As of mid-2020, the state had approved 364-day plans from seven insurers, and at least four of those insurers were actively marketing those plans, with at least three of them allowing renewals for a total duration of three years.

The state’s insurance division implemented new rules for short-term health insurance plans in 2019, with restrictions on benefit caps, out-of-pocket limits, and various coverage mandates. The rules are more lenient than the Division had initially proposed in 2018, but more strict than the rules in many other states.

How has Obamacare helped Iowa?

Iowa is one of the states that embraced health care reform for the most part, but crucially, the state allowed grandmothered plans to continue to exist in Iowa, and Wellmark didn’t join the exchange until 2017 (and then left at the end of 2017, although they returned as of 2019). In November 2018, the Iowa Insurance Division reported that about 39,000 people had ACA-compliant individual health insurance marketplace plans in Iowa, while 68,000 people had coverage under grandmothered and grandfathered plans. This is far different from most states, where enrollment in ACA-compliant plans is far greater than enrollment in pre-ACA plans.

But the state’s pre-ACA uninsured rate was relatively low, with a state-partnership exchange and Medicaid expansion in effect since 2014, its uninsured rate continued to drop through 2016, to a low of just 4.3 percent. The uninsured rate started to rise again in 2017, reaching 4.7 percent, where it remained in 2018. It crept up to 5 percent in 2019, but that was still well below the national average of 9.2 percent at that point.

Premium subsidies in the exchange and Medicaid expansion have made coverage affordable and realistic for many Iowans, but people who purchase their own coverage and aren’t eligible for premium subsidies often find that coverage is entirely unaffordable. Iowa had the dubious distinction of having the nation’s highest average pre-subsidy premiums in 2018: A staggering $988/month per enrollee, versus a national average of $597/month. Iowa’s average premiums declined in 2019 and 2020, and although they’re still dramatically higher than the national average, West Virginia and Wyoming have higher average premiums as of 2020.

Premium subsidies are correspondingly huge in Iowa, but there’s no relief for people who aren’t eligible for subsidies. That’s a big part of the reason the state began to allow Farm Bureau to sell medically underwritten plans that aren’t regulated by the state as insurance and are thus exempt from ACA rules. The idea is to allow people to have access to plans that have lower monthly premium costs, but this is only a solution for people who are healthy. Those who aren’t can’t get through the medical underwriting, and have to pay the higher prices that go along with ACA-compliant plans (“you get what you pay for” does ring true here, however, as the ACA-compliant plans provide far more robust coverage, particularly for people who have pre-existing conditions and need benefits that will cover those conditions).

Iowa and the Affordable Care Act

Iowa’s Senators, Chuck Grassley and Joni Ernst, are both Republicans and both are opposed to the ACA. Sen. Both voted yes on all three measures that the Senate considered in 2017 to repeal the ACA (the BCRA, “skinny repeal” and the Obamacare Repeal Reconciliation Act), although all three of those measures failed to pass.

In 2009, Grassley introduced an amendment to the ACA to require members of Congress and their staffs to use the health insurance marketplace – even though the marketplace was intended for individuals and small businesses. The Grassley Amendment was included in the final bill; Congress and their staffers use the DC small business exchange to sign up for health insurance coverage (as opposed to the FEHBP plans that they used to have). Confusion over the amendment led to charges that Congress was exempting itself from Obamacare.

As of 2020, Iowa’s House delegation includes three Democrats and just one Republican.

Former Gov. Terry Branstad, a Republican, was not supportive of the Affordable Care Act. In 2011, Branstad signed Iowa onto Florida’s lawsuit challenging the ACA. Branstad stated a preference for a state-based insurance marketplace, but said the federal government had not provided enough information for Iowa to proceed with that option. Iowa currently operates a state partnership marketplace.

Current Gov. Kim Reynolds, elected in 2016, is also a Republican, and supported the Graham-Cassidy bill to repeal the ACA in 2017 (that measure did not pass). Reynolds expressed disappointment when the state was forced to withdraw its 1332 waiver proposal that would have radically changed the ACA within Iowa. Reynolds won re-election in 2018.

But CoOportunity Health stopped selling plans in both states as of late December 2014. It was the first of the nation’s CO-OPs to fail, but almost all of the others failed in 2015 and 2016, leaving just three CO-OPs still operational as of 2021 (there were four for a few years, but New Mexico’s CO-OP is closing at the end of 2020).

Does Iowa have a high-risk pool?

Before the ACA reformed the individual health insurance market, coverage was underwritten in nearly every state, including Iowa. Applicants with pre-existing conditions were often unable to purchase private coverage, or found themselves with very limited options that didn’t cover their pre-existing conditions.

The Iowa Comprehensive Health Association (otherwise known as Health Insurance Plan of Iowa, or HIPIOWA) was established in 1987 to give people an alternative if they weren’t eligible to buy private plans because of their medical history.

Under the ACA, all new health insurance policies became guaranteed issue starting on January 1, 2014. As a result of this reform provision, there is no longer a pressing need for high-risk pools. HIPIOWA is still operational, but membership has steadily declined since 2013.

It’s important to note, however, that Iowa is one of the states that rely on high-risk pool coverage as an option for disabled Medicare beneficiaries under the age of 65 who are not guaranteed access to Medigap plans. Since Iowa does not require Medigap insurers to offer their products to Medicare beneficiaries who aren’t yet 65, it’s important for the high-risk pool to remain operational in order to offer supplemental coverage to these enrollees (Medicare supplement rates through HIPIOWA are available here and here for 2020). But as of 2018, there were only 22 members in HIPIOWA’s Medicare supplement plans.

The program had 3,002 members as of Dec. 2013, and just 280 members as of July 2018. Operating costs for HIPIOWA were $11.9 million in 2016. Of that amount, about 30 percent was covered by members’ premiums, and the rest was covered by an assessment on insurance companies operating in Iowa. Premiums are based on 150 percent of the average premiums charged by the top five insurers in the individual market in the state, although Medica and Wellmark are the only individual market insurer offering plans in Iowa. HIPIOWA premiums for 2020 are available here.

Medicare coverage and enrollment in Iowa

There were 637,393 Iowa residents enrolled in Medicare plans as of August 2020. Read more about Medicare enrollment in Iowa, including the state’s rules for Medigap plans.

Our guide to Medicare’s open enrollment period for Medicare Advantage plans and Medicare Part D prescription drug plans will provide a variety of useful information to Medicare beneficiaries and their caregivers.