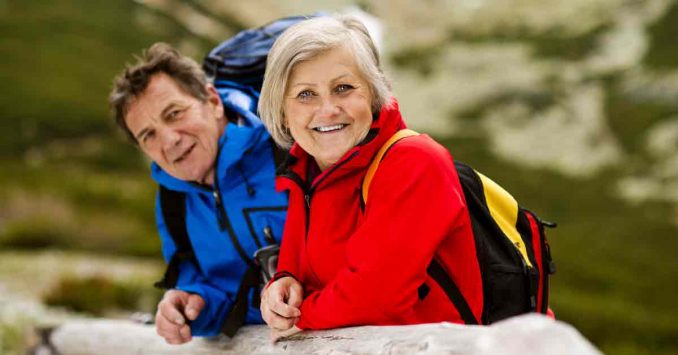 The number of Maryland residents with Medicare coverage surpassed one million as of April 2018. By late 2021, it stood at 1,078,214 — about 17% of the state’s population enrolled in Medicare.

Eighty-eight percent of Maryland’s Medicare beneficiaries are eligible based on their age (i.e., they are at least 65 years old), while the other 12% are eligible due to a disability that has lasted at least 24 months (people with ALS or end-stage renal disease do not have to wait 24 months for their Medicare coverage to take effect). Nationwide, 85 percent of people filing for Medicare benefits are at least 65 years old, while 15 percent are under 65 and eligible due to disability.

Original Medicare includes Part A (also called hospital insurance, which helps pay for inpatient stays, like at a hospital, skilled nursing facility, or hospice center) and Part B (also called medical insurance, which helps pay for outpatient care like a doctor appointment or a preventive healthcare service, such as most vaccinations). Medicare Advantage plans bundle Parts A and B under a single monthly premium and often include other services like prescription drug and vision coverage. There are pros and cons to either option, and the “right” solution is different for each individual.

Medigap plans are standardized under federal rules, with ten different plan options available. In Maryland in 2022, there are 45 insurers providing Medigap plans, although some only offer a few of the ten plan designs.

Under federal rules, Medicare beneficiaries have a six-month window, when they turn 65 and file for benefits under Original Medicare, during which coverage is guaranteed issue for Medigap plans. Federal rules do not, however, guarantee access to a Medigap plan if you’re under 65 and eligible for Medicare as a result of a disability.

But Maryland is among the majority of the states that ensure at least some access to Medigap plans for enrollees under the age of 65. In Maryland, Medigap insurers are required to offer Plan A to enrollees who are under 65, on a guaranteed-issue basis if the person applies for the Medigap plan within six months of enrolling in Medicare Part B (insurers are also required to offer Medigap Plan D to beneficiaries, but only if the insurer offers that plan to other enrollees; insurers that offer Medigap Plan C must also offer it to disabled Medigap enrollees who were already eligible for Medicare prior to 2020; under federal rules, Medigap plans C and F cannot be sold to anyone who is newly eligible for Medicare in 2020 or later). The requirement that Medigap insurers offer coverage to disabled beneficiaries is a result of Maryland S.B.48, which took effect in 2017.

The premiums are higher for enrollees under age 65, although they are given another enrollment window when they turn 65, so they can then change to lower-cost Medigap coverage at that point, or pick a plan other than Plan A or C/D. And Maryland does limit the pricing on Medigap Plan A for disabled enrollees: It cannot exceed the average of the premiums paid for that Plan A by enrollees who are 65 and older.

Original Medicare does not cover outpatient prescription drugs. But Medicare beneficiaries can get prescription coverage via Medicaid (if they’re qualified by low income and assets), a Medicare Advantage plan, an employer-sponsored plan (offered by a current or former employer), or a stand-alone Part D prescription plan.

For 2022 coverage, insurers are offering 21 stand-alone Part D plans available in Maryland, with premiums ranging from $7 to $100 per month.

How does Medicaid provide financial assistance to Medicare beneficiaries in Maryland?

Our guide to financial assistance for Medicare enrollees in Maryland includes overviews of these benefits, including Medicare Savings Programs, long-term care coverage, and eligibility guidelines for assistance.

Resources for your questions about Medicare in Maryland

If you need help with your Medicare application in Maryland or have general questions about Medicare eligibility in Maryland, try one of these resources for assistance.