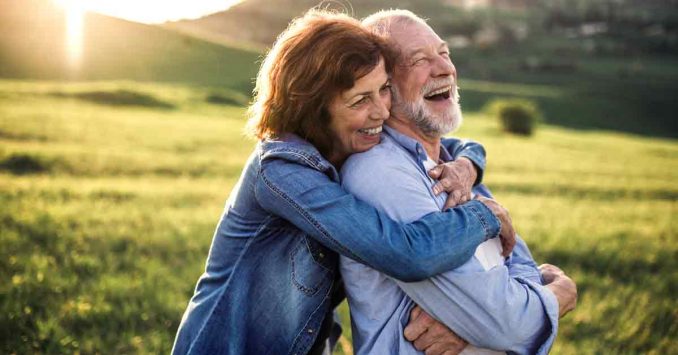 Medicare enrollment in Missouri was 1,266,467 as of November 2021, amounting to a little more than 20% of the state’s total population. Almost 85% of Missouri Medicare beneficiaries are eligible due to being at least 65 years old, but more than 15% of the state’s beneficiaries —nearly 200,000 people — are eligible due to a disability that lasts at least two years (people with ALS or end-stage renal disease do not have to wait two years for Medicare enrollment).

Medicare beneficiaries have choices when it comes to how they access Medicare coverage. The first choice is between Medicare Advantage, where coverage is through private Medicare Advantage plans or Original Medicare, where medical costs are covered directly by the federal government. Medicare beneficiaries also have options around Medigap policies and Medicare Part D (prescription drug) coverage.

Original Medicare includes Part A (also called hospital insurance, which helps pay for inpatient stays, like at a hospital, skilled nursing facility, or hospice center) and Part B (also called medical insurance, which helps pay for outpatient care like a doctor appointment or a preventive healthcare service). Medicare Advantage plans bundle Parts A and B under a single monthly premium and often include other services like prescription drug and vision coverage. There are pros and cons to either option, and the best solution is different for each individual.

Missouri residents who seek Medicare Advantage enrollment can choose from a variety of different health plans. Plan availability varies from one county to another (where a given insurance company offers coverage is called its “service area.”) In some counties there are as few as 15 plans available in 2022, while other counties have as many as 56 different Medicare Advantage plan options available to beneficiaries.

Between late 2019 and early 2022, UnitedHealth Group saw an 84.6% increase in Medicare Advantage enrollment in Missouri. With 263,992 Missouri residents enrolled in its MA plans in February 2022, the carrier had the highest market share – 46% – out of a field of 13 carriers selling MA plans. 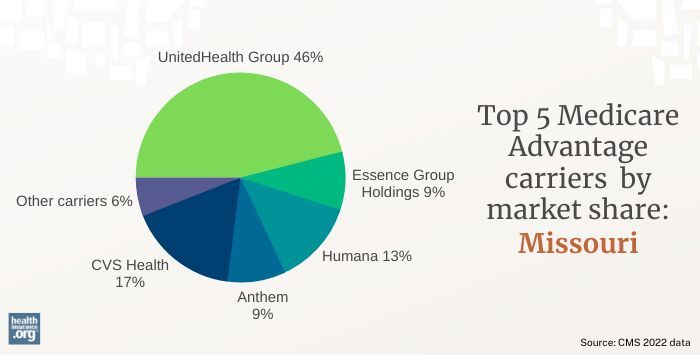 There are 39 insurers that offer Medigap plans in Missouri as of 2022. The state created a helpful Medigap Rate Shopper Tool in 2019 that allows a user to enter some basic information and see prices for the Medigap plans available in their area (the state’s previous tool could only give a rough estimate based on age ranges).

Medigap plans are standardized under federal rules, and there is a six-month window, when people turn 65 and enroll in Original Medicare, during which coverage is guaranteed issue for Medigap plans.

So in most states, people do not have a chance to switch to a new Medigap plan on a guaranteed-issue basis after their initial enrollment window ends. But Missouri’s “anniversary rule” allows enrollees an annual opportunity to change from one Medigap insurer to another (as long as both plans are the same letter; for example, from one Plan G to another Plan G) on a guaranteed-issue basis during a window that starts 30 days before the plan anniversary date and continues for 30 days after it.

So there’s a two-month period each year during which people with Medigap coverage can switch to a different Medigap plan (with the same coverage level as their current plan). This window is different for each enrollee, since it’s based on the date they initially got their plan.

And Missouri is among the majority of the states that have adopted rules to ensure at least some access to Medigap plans for enrollees under the age of 65. Missouri residents have access to the same six-month guaranteed-issue window for Medigap, regardless of whether they’re becoming eligible for Medicare in Missouri due to age or due to disability. The premiums are higher for enrollees under age 65, but not drastically so.

In many states, premiums are two to four times more expensive for people under 65; in Missouri, most insurers’ rates for people under 65 are not more than 35 percent higher than the rates that apply to people who are 65. This is because Missouri regulates how much Medigap insurers can charge under-65 enrollees: According to the terms of Missouri’s Code of State Regulations (see 20 CSR 400-3.650(11)(E)(1)(B)), under-65 Medigap rates for each insurer must be equal to the “weighted average aged premium rate.” This document shows how that’s calculated, but it essentially means that people under the age of 65 will end up paying premiums that are higher, but not significantly higher, than the rates charged for a 65-year-old.

Medicare enrollees are given another Medigap enrollment window when they turn 65, so they can then switch to lower-cost Medigap coverage at that point.

Total Medicare Part D enrollment has been growing in Missouri as the overall population enrolled in Medicare increases. But the number of people with stand-alone Medicare Part D plans in Missouri has been dropping, while the number of people with Part D coverage integrated with Medicare Advantage plans has been rising. That’s in line with the national trend too: Medicare Advantage enrollment has been steadily increasing since the early 2000s, resulting in a larger percentage of the Medicare population getting their Part D coverage as part of an Advantage plan.

For 2022 coverage, there are 22 stand-alone Medicare Part D plans available in Missouri, with premiums ranging from about $7 to $101 per month.


How does Medicaid provide financial assistance to Medicare beneficiaries in Missouri?

Our guide to financial assistance for Medicare enrollees in Missouri includes overviews of these programs, including long-term care benefits, Medicare Savings Programs, and eligibility guidelines for assistance.

Helpful resources for Missouri Medicare beneficiaries and their caregivers

Need help with your Medicare application in Missouri, or have questions about Medicare eligibility in Missouri? These resources provide free assistance and information.