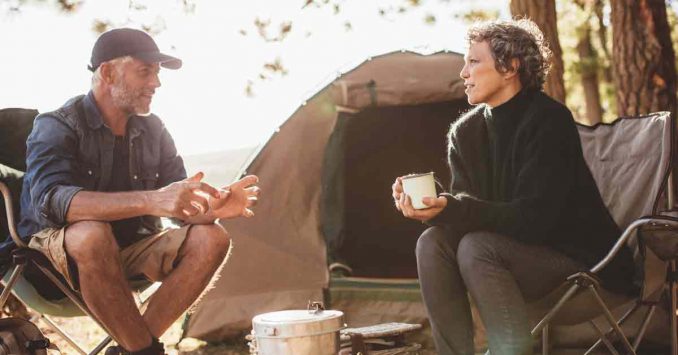 Nationwide, nearly 65 million people are enrolled in Medicare, which amounts to about 19% of the total U.S. population. As of August 2022, there were 158,373 Vermont residents – over 24% of the state’s population – were covered by Medicare in Vermont. Vermont’s median age is the second-highest in the nation, so it makes sense that the state has a higher-than-average share of its residents filing for  Medicare benefits.

Most people attain Medicare eligibility in Vermont when they turn 65, but Medicare enrollment also provides coverage for nearly 10 million disabled Americans under the age of 65. Nationwide, about 12% of Medicare beneficiaries are under age 65; in Vermont, it’s roughly the same, at a little under 13%.

Enrollment in Medicare Advantage has been steadily growing. Nationwide, private Medicare coverage (not counting supplemental plans like Medigap and Part D) accounted for about 46% of all Medicare beneficiaries as of 2022. Private plan Medicare coverage in Vermont was still well below that level as of 2022, but it had increased significantly since 2017, growing to about 27% of the state’s Medicare population (43,281 beneficiaries, out of a total of 158,373).

The remaining 73% of Vermont’s Medicare beneficiaries had opted instead for coverage under Original Medicare.

Medicare Advantage plans provide all of the benefits of Medicare Part A (hospital coverage) and Part B (outpatient/medical coverage), and most plans also incorporate Part D coverage (prescription drugs) as well as extra benefits like dental and vision coverage, gym memberships, and a nurse hotline. But out-of-pocket costs (deductible, coinsurance, copays) vary under Advantage plans, and are not the same as a person would have under Medicare Part A and B plus a Medigap plan. There are pros and cons to each option, and no single solution that works for everyone.

There are 14 insurers that offer Medigap plans in Vermont. On the Vermont Department of Financial Regulation’s website, you’ll find an extensive guide that provides information about Medigap plans in the state.

According to an AHIP analysis, there were 53,247 Vermont Medicare beneficiaries with Medigap plans as of 2020.

Medigap plans are standardized under federal rules, so Plan A offers the same covered benefits regardless of which insurer offers it, as does Plan G, Plan K, etc. (premiums vary significantly from one insurer to another, as do things like customer service and additional benefits beyond the standardized benefits, such as a 24-hour nurse hotline). But Medigap standardization means that plan comparisons are easier than they are in other insurance markets.

In most states, Medigap plans can be priced using attained-age rating (rates increase as the enrollee gets older), issue-age rating (rates are based on the age the person was when they enrolled), or community rating (rates do not vary based on age). Vermont does not allow Medigap insurers to use attained-age rating (see Section 15(F) of the state statute), and instead requires community rating as long as the enrollee is at least 65 years old (very few states require this; Vermont’s consumer protection is strong in terms of rating rules). So in Vermont, rates for a given plan only vary based on whether the enrollee is under 65 or 65+ (Vermont is also one of only two states where insurers offering non-Medicare individual market coverage are also required to charge the same price regardless of how old an enrollee is).

Under federal rules, people are granted a six-month window during which they can enroll in a Medigap plan regardless of their medical history. This window starts when they’re at least 65 and enrolled in Medicare Part B. Federal rules do not, however, guarantee access to a Medigap plan if you’re under 65 and eligible for Medicare as a result of a disability.

To address this, the majority of the states have implemented rules ensuring at least some access to Medigap plans for people who are under age 65, and Vermont is among them. Vermont requires Medigap insurers to make all of their plans available to all Medicare beneficiaries, regardless of age, during the first six months after the person is enrolled in Medicare Part B.

Although Medigap plans are guaranteed-issue for people under 65 during their six-month enrollment window, insurers can charge higher premiums for people under 65. As an example, rates for Medigap Plan A for a person who is 65+ range from $108/month to $198/month in 2022. But for an applicant who is under age 65, premiums for Medigap Plan A in Vermont range from $148 to $461 per month.

Disabled Medicare beneficiaries have access to the normal Medigap open enrollment period when they turn 65. At that point, they have access to any of the available Medigap plans, at the standard age-65+ rates.

Disabled Medicare beneficiaries, including those with end-stage renal disease (kidney failure) have the option to enroll in a Medicare Advantage plan instead of Original Medicare. Medicare Advantage premiums are not higher for those under 65. But Advantage plans have more limited provider networks than Original Medicare, and total out-of-pocket costs can be as high as $8,300 per year for in-network care in 2023, plus the out-of-pocket cost of prescription drugs.

For 2023 coverage, there are 24 stand-alone Medicare Part D plans available in Vermont, with premiums ranging from about $7 to $127 per month.

How does Medicaid provide financial assistance to Medicare beneficiaries in Vermont?

Our guide to financial assistance for Medicare enrollees in Vermont includes overviews of these benefits, including Medicare Savings Programs, long-term care coverage, and eligibility guidelines for assistance.

Medicare in Vermont: Resources for beneficiaries and their caregivers

Questions about Medicare in Vermont? You can also contact the Vermont State Health Insurance Program, which serves as a resource for Medicare beneficiaries in the state. They can help with questions related to Medicare enrollment, eligibility, or coverage in Vermont.

The Vermont Department of Financial Regulation, Insurance Division, oversees and licenses health insurance companies (including those that offer private Medicare plans in Vermont), brokers, and agents in Vermont. They can answer questions, provide information, and address consumer complaints about entities licensed under their authority.

The Medicare Right Center is a nationwide service, offering a website and call center, where Medicare beneficiaries and their caregivers can get information, assistance, and answers to questions.

Medicare beneficiaries with fairly low income and assets can get assistance through Vermont’s Medicaid program. This overview of the available programs is a good resource.