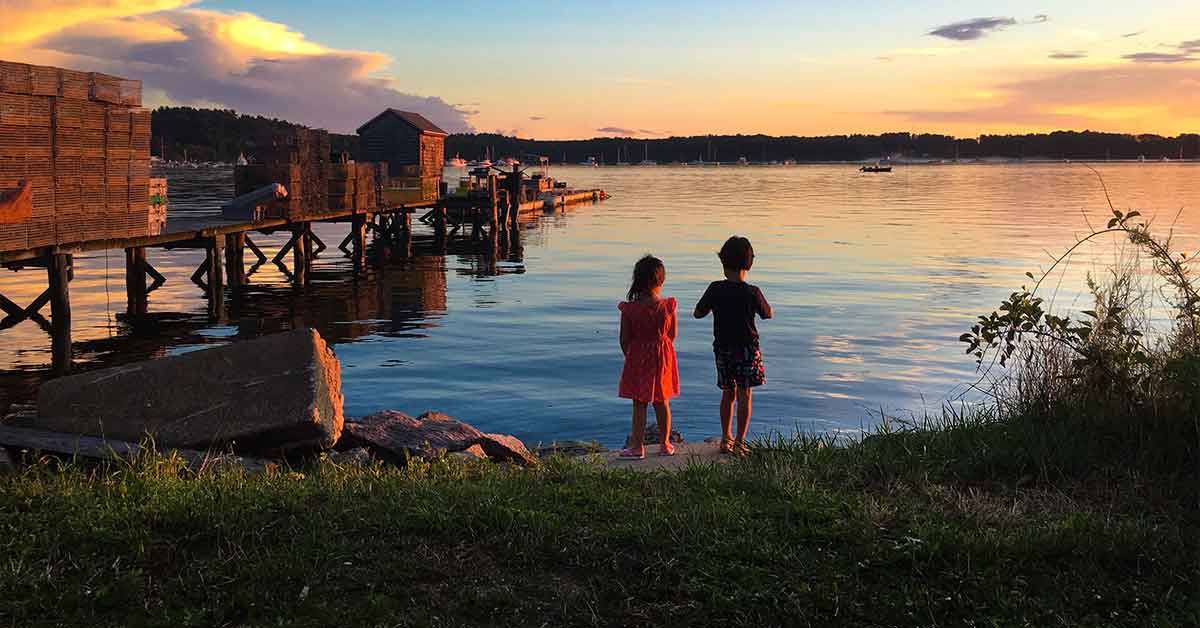 44,412 people enrolled in private plans through New Hampshire’s health insurance marketplace during the open enrollment period for 2020 coverage. Although that was only a slight decline from 2019 (when 44,581 people enrolled), it was the fourth straight year of declining enrollment, and was down from more than 55,000 enrollees in 2016. Across most of the states that use HealthCare.gov, enrollment has generally trended downward since the Trump administration took office.

Three insurance companies – Ambetter, Anthem, and Harvard Pilgrim – are offering 2020 individual health plans through New Hampshire’s exchange. Average premiums decreased sharply in 2019, slightly for 2020, and are expected to decrease sharply again for 2021. The rate decreases for 2021 are due in large part to the new reinsurance program that New Hampshire is enacting as of 2021.

Most residents in New Hampshire can select from among all three insurance companies, but Harvard Pilgrim’s service area does not include Carroll County, so residents there can only choose between Anthem and Ambetter.

Open enrollment for 2021 coverage in New Hampshire ran from November 1 through December 15, 2020. This window serves as an opportunity for New Hampshire residents who don’t get coverage from an employer or a government-run program (Medicare, Medicaid, CHIP) to enroll in individual market coverage or make a change to their existing plan for the coming year.

Outside of the open enrollment window, people need to have a qualifying event in order to sign up for a health plan (on-exchange or directly through an insurer) or make changes to their coverage.

By 2018, PAP membership hovered around 50,000 people. But New Hampshire opted to abandon the PAP approach and move to a traditional Medicaid managed care system for Medicaid expansion enrollees. The state received federal permission to implement the Granite Advantage Health Care Program in January 2019, and also received separate federal permission to implement a Medicaid work requirement (the work requirement took effect in January 2019, but was subsequently overturned by a federal judge and is not in effect as of 2020; there are no Medicaid work requirements in effect anywhere in the country as of 2020). So New Hampshire no longer purchases private plans in the exchange for Medicaid expansion enrollees; they are enrolled in the Granite Advantage Health Care Program instead.

Both of the CO-OPs that offered plans in New Hampshire have stopped doing so: Community Health Options left at the end of 2016, to focus entirely on the Maine market.

The state’s other CO-OP, Minuteman Health, continued to offer plans through New Hampshire’s exchange in 2017, but was placed in receivership that year and did not offer plans for 2018.

New Hampshire has state regulations pertaining to short-term health insurance that limit short-term plan duration to six months with no renewal. (Enrollees are allowed to apply for a new short-term plan that takes effect after the first plan ends, but it has to be a new, separate plan, with a new deductible and out-of-pocket exposure.

In 2019, New Hampshire was ranked 10th out of the 50 states and the District of Columbia by The Commonwealth Fund’s Scorecard on State Health System Performance, up from 11th in 2018.

New Hampshire took 6th place in the 2019 edition of America’s Health Rankings (out of the 50 states and not including DC).

You can also see how the ten counties in New Hampshire compare with one another in terms of health factors and outcomes, using this interactive map created by the Robert Wood Johnson Foundation.

Shaheen is still in the Senate, but Gregg was subsequently replaced by Kelly Ayotte, a fellow ACA opponent, who was in office until 2017. Ayotte was replaced in 2017 by Maggie Hassan, former governor of New Hampshire and a supporter of the ACA. In the House, Ann Kuster replaced Hodes in 2013. She is an ACA supporter who wants to keep the law but improve upon it. Chris Pappas, also a Democrat, joined Kuster in the House as of 2019. Pappas supports measures to strengthen the ACA and then go beyond it towards a system of universal coverage, including the possibility of a public option and/or allowing people to buy into Medicare.

In the 2014 Senate race, Shaheen was one of relatively few Democrats who fully embraced the ACA and the changes it has brought about. She defended the law, saying it was “absolutely” an achievement of which she is proud. Shaheen won re-election against Republican opponent Scott Brown in 2014. And Hassan defeated Ayotte in the 2016 election, with support for the ACA and New Hampshire’s Medicaid expansion included in her platform.

At the state level, the legislature currently has a Democratic majority. Governor Chris Sununu, who replaced Hassan in 2017, is a Republican, but has a more measured approach to the ACA than many in the GOP. Sununu would prefer that the federal government give states more latitude in designing their own health care regulations, but he was opposed to Senate Republicans’ 2017 effort to repeal the ACA, particularly the Medicaid funding cuts that would have been part of that legislation. Sununu also asked the Trump Administration to take action to help stabilize the individual insurance markets in 2017.

How has Obamacare helped New Hampshire?

Young adults can remain on their parents’ health plans until age 26 as a result of the ACA, and health insurance companies no longer base eligibility or premium costs on applicants’ medical history. There are more than 42,000 people enrolled in plans through New Hampshire’s exchange as of 2020, all of whom have coverage for the ACA’s essential health benefits without any lifetime or annual caps on the amount of the benefits. More than 30,000 of those enrollees are receiving premium subsidies to make their monthly premiums less costly, and more than 15,000 are receiving cost-sharing reductions that make their healthcare costs more affordable.

Does New Hampshire have a high-risk pool?

Before the ACA reformed the individual health insurance market, coverage was underwritten in nearly every state, including New Hampshire. This meant that pre-existing conditions could result in an applicant being rejected for coverage, or offered a plan with significantly higher premiums or policy exclusions. The New Hampshire Health Plan (NHHP) was created in 2002 to provide an alternative for residents with pre-existing conditions who were not eligible to purchase private individual health insurance because of their medical history.

But the ACA brought significant changes to the individual health insurance market, including a ban on medical underwriting; all policies are now guaranteed issue, in all states. This meant that high-risk pools are no longer necessary the way they once were, since applicants with pre-existing conditions now have the same insurance choices as the rest of the population.

NHHP was originally slated to cease operations at the end of 2013, but the troubled rollout of Healthcare.gov meant that many members were unable to purchase new coverage by the start of 2014. As a result, NHHP continued to provide coverage until June 30, 2014. At that point, any remaining policies terminated, giving members a 60-day special enrollment period during which they could purchase a new plan (involuntary loss of other coverage is a qualifying event that triggers a special enrollment period).

New Hampshire Medicare enrollment reached 306,195 by mid-2020. New Hampshire is among the states with the highest percentage of population enrolled in Medicare plans (New Hampshire’s population is also older than the US average).

Eighty-three percent of New Hampshire Medicare enrollees qualify based on age alone, while the other 17 percent are eligible for Medicare enrollment as a result of a disability.

Read more about Medicare in New Hampshire, including details about Medicare Advantage availability and enrollment, Medicare Part D, and the state’s rules for Medigap plans.

S.B.313, enacted in New Hampshire in 2018, called for restructuring the state’s Medicaid expansion program to use Medicaid managed care – as most of the country does – instead of the Premium Assistance Program. This was implemented in 2019.

Scroll to the bottom of the page for a summary of other recent health reform-related bills in New Hampshire.