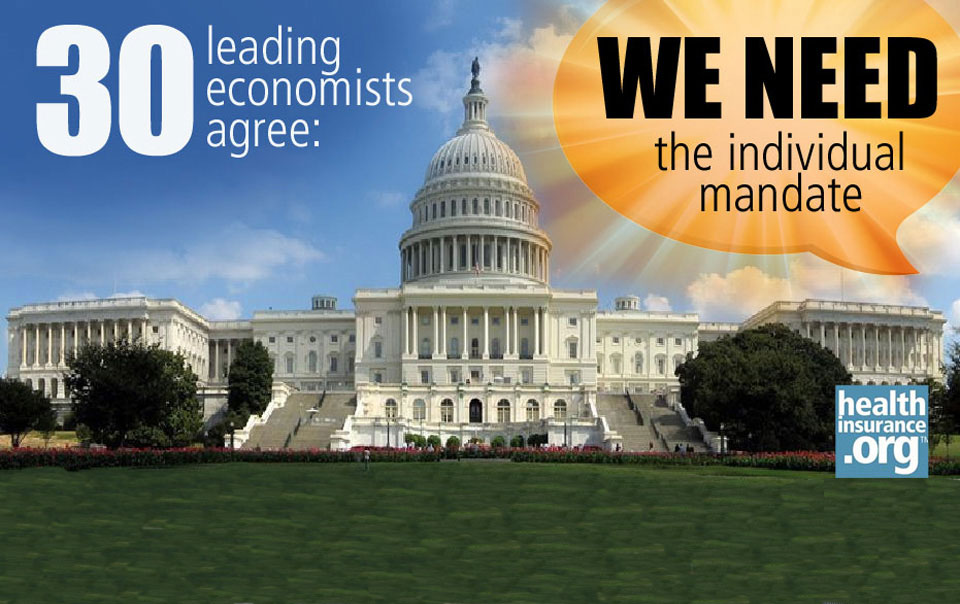 The Affordable Care Act requires that large- and medium-sized employers sponsor coverage for their employees or pay a penalty. This isn’t ACA’s most carefully-crafted provision. The Obama administration postponed this employer mandate for one year to get it right. This was definitely embarrassing, but delay was still the right course. Even next year, this delay will have a very small impact on the costs of the new law or the number of uninsured people in America.

It would have been political malpractice for Republicans not to pounce on this – and pounce they did. Yesterday, the Republican majority in the House of Representatives pushed through a bill which would delay the “individual mandate” for a year as well. Although these two components of ACA sound similar, they are actually completely different.

The ACA’s individual mandate requires everyone to buy health insurance when they can afford to do so. Long experience across the states underscores that such a mandate is required to prevent a minority of people from free-riding by failing to obtain affordable health insurance until they actually become sick or injured. Such behavior imposes real costs on others, raising premiums on everyone, especially people with serious conditions who require the most help.

Also yesterday, a small group of health policy experts organized by David Cutler, Jon Gruber, and me wrote a simple letter to Congress laying out the case for an individual mandate. It’s a good group, including two Nobel Prize winners and many other distinguished folk. This letter is now circulating among policymakers around Capitol Hill.

Removing the individual mandate would really hinder the new law, increasing the number of uninsured by about half. This letter is one of the clearest statements I’ve seen regarding the mechanics and importance of this mandate. I recommend it below. – Harold Pollack

Why we need the
individual mandate:

“This mandate is one of three pillars that together support ACA’s private market approach. The first pillar is insurance market reform – ending the ability of insurance companies to discriminate against sick or injured people with high medical costs. Subsidies to help Americans of modest means gain access to affordable health coverage provide the second pillar. The individual mandate provides the third pillar. It requires people to obtain insurance so long as that coverage is affordable. The mandate expresses a basic obligation of citizenship as well as an economic reality. Without the mandate, some people will choose to gamble or to free-ride, undermining the fairness and financial stability of the health insurance system.

“Few of the uninsured could personally finance medical treatment for a serious illness or injury (1, 2, 3). Moreover, this country embraces the fundamental principal that everyone should have to minimally decent medical treatment when needed, without regard to ability to pay. Federal legislation and the custom and practice of health care providers embody this principle. A healthy individual’s decision to forego affordable insurance coverage thus imposes real costs on others, while raising premiums on many people with serious medical needs who require the most help.

“The individual mandate does not specify what care people receive. It simply requires people to pay a reasonable amount for any care they may ultimately receive. No less a conservative than Mitt Romney noted, when signing Massachusetts’ equivalent of the individual mandate: “Some of my libertarian friends balk at what looks like an individual mandate. But remember, someone has to pay for the health care that must, by law, be provided: Either the individual pays or the taxpayers pay. A free ride on the government is not libertarian.”(4)

“The ACA’s individual mandate is based on Massachusetts’s successful 2006 reforms. That landmark effort covered about two-thirds of the formerly uninsured, while reducing premiums for individual purchasers by about 50% relative to national trends – with strong public support.(5)

“In contrast, insurance reform without subsidies and mandates has consistently failed. In the five states that have tried comprehensive insurance market reform without an individual mandate, healthy people chose to stay out of insurance, sick people took it up, and premiums increased.(6) Only broad participation in insurance markets can end the cycle of insecure coverage and high costs.(7)

“The Obama Administration’s recent decision to delay ACA’s requirement that large- and medium-sized employers sponsor coverage for their employees or pay a penalty is independent of the individual mandate. The employer assessment is designed to bolster the ACA’s financing and to ensure equity between large firms who do and do not provide insurance. This assessment will have only a very small impact on employers, since 97% of firms with more than 50 employees already offer insurance.(8) The individual mandate stands in stark contrast, as nearly one in five non-elderly Americans is currently uninsured.(9)

“Delaying the employer assessment has almost no effect on the implementation of the ACA. The only important effect will be to raise one fewer year of revenue from this component of the law. In contrast, delaying the individual mandate would cut at the core of the vision of private-market based insurance market reform.

5 For a detailed discussion of the impacts of health reform in Massachusetts see Jonathan Gruber, “The Impacts of the Affordable Care Act: How Reasonable Are the Projections?,” NBER Working Paper #17168, June 2011.