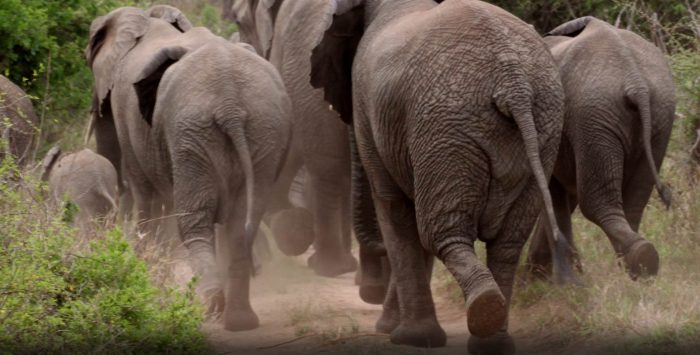 That sound you’re hearing – if you’re hearing what I’m hearing anyway – is the
diminishing sound of an elephant stampede that has suddenly lost its momentum.

It’s a much welcomed change – the end (we hope) of a turbulent, stressful episode: that being one of the most offensively partisan legislative pushes in American history. Congressional Republicans – heady with the sense of power that comes from gaining control of both houses of Congress and believing their November victory was a sign that they could drive legislation with sheer numbers – came after the Affordable Care Act in what felt to many like a stampede.

Like the crush of an elephant herd, the GOP’s attack on the ACA was a blind rage that threatened to wipe out anything in its path. And what was in its path but millions of Americans – and their ability to pay for coverage and ultimately healthcare?

Dissuading the Republicans was – well – like appealing to rogue pachyderms. No amount of pleading from Congressional Democrats could convince them to “slow their roll” (or bring Dems into the process).

Blind – and deaf – to reason

But it wasn’t Democrats alone who were unable to avert the GOP from their senseless path of destruction. Hell bent on repeal – hell bent on fulfilling a promise they’d been making for seven years – Congressional Republicans refused to listen to a steadily growing chorus of resistance from:

Republicans ignored them all, believing that brute force and herd size would be enough. Early this morning, they learned they were wrong – and the message came from three brave voices within “the herd.”

Republican Senators John McCain, Lisa Murkowski and Susan Collins had already made noises about the GOP’s partisan and secretive efforts to craft an ACA replacement plan. McCain repeatedly voiced his concern about partisanship during the process. Murkowski, too, had criticized Mitch McConnell’s total control of the legislative process and his secretive approach. Collins, meanwhile, expressed a strong desire to work with both Democrats and Republicans to “fix the flaws in ACA.”

Their pleas had gone unheeded until this morning, when the three sent shockwaves through the Senate chamber by voting No on “skinny repeal,” and bringing the one-sided repeal process to a grinding halt.

Time to look outside their herd

In a speech after the vote, McConnell suggested that it was finally time to work with Democrats.McConnell was wrong. The time to begin working with Democrats was months ago – and since then, the GOP’s stampede to repeal has wasted precious time and increasingly spooked consumers and insurance carriers alike.

Hitting the brakes now may prevent the unimaginable catastrophe that was forecast for insurance markets under all of the GOP proposals, but it won’t reverse the harm done by months of uncertainty.

Republicans must now abandon their “herd mentality” and open the process to fresh ideas that will produce fixes focused on expanding coverage – not contracting it. At the same time, the GOP and President Trump should act quickly to stabilize the health insurance market and in doing so, make coverage more comprehensive and more affordable for consumers who buy 2018 plans.

For now, though, the roar of the stampede seems to be subsiding – and we eagerly anticipate the soothing sounds of bipartisanship.