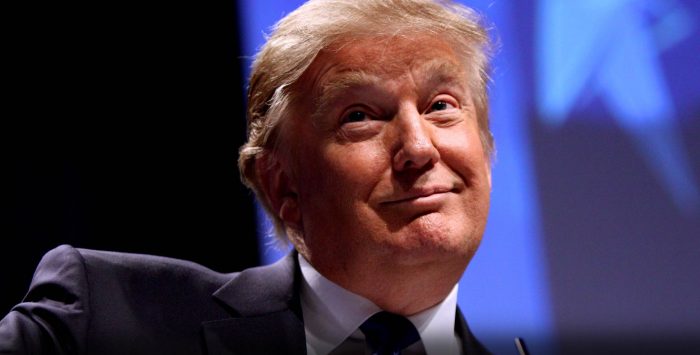 President Trump might unwittingly, or, for all we know, wittingly – who really has a clue what’s going on in that mind of his – hasten the day when we Americans become the next developed country with a single-payer health care system.

That’s right. For all of the years of effort expended by single-payer advocates, and for all of the urging of liberal-leaning leaders like Bernie Sanders, Donald Trump may be the person who almost single-handedly pushes our healthcare system into single-payer territory.

Repeal efforts have set the stage for single-payer.

Trump and Republicans have been giving the single-payer movement a solid push for months. In their efforts to repeal the Affordable Care Act, they’ve opened Americans’ eyes to what they stand to lose if the ACA’s consumer protections are rolled back. Mostly, they’ve put the spotlight on pre-existing conditions and reminded consumers that for decades, they’d been missing out on protections that other countries have been providing.

As a result, during the repeal battle, we’ve heard a growing rumble from consumers saying things like, “Yes. The system is a mess. Couldn’t we solve all of this by moving to single-payer?”

And now, President Trump is poised to knock us into the single-payer end zone. Frustrated by and annoyed with the Republican-controlled Senate for failing to repeal the health law last week, the president tweeted that Congress should just “let Obamacare implode, then deal.”

In truth – and he might even be aware of it by now – the president doesn’t need Congress to let it implode. He can do it all by himself, unless Congress acts in the next two weeks to keep him from doing it.

What President Trump can do is cut off cost-sharing-reduction payments – which he has referred to in tweets, erroneously, as a “BAILOUT” to the insurance industry – that enable low- and moderate-income folks afford to actually use the policies they buy from health insurance companies.

Here’s the background: Knowing that many people who enrolled in high-deductible plans would not be able to cover their out-of-pocket expenses without financial assistance from the government, Congress authorized the executive branch of government – which Trump now controls – to provide subsidies to low- and moderate-income individuals and families so they wouldn’t have to forego needed care.

The value of those subsidies cannot be overstated. Insurance companies that want to continue offering coverage know that if the president decides to end the subsidies, they will have no choice but to hike premiums so high that many of their customers won’t be able to afford what they’re selling.

Only the sickest who have the means to buy coverage will remain. The young and healthy and less-well-off will drop out of the market and pray they’ll go another year without getting hit by a bus or stricken by some life- and bank-account-threatening disease. That will lead to the dreaded death spiral that causes insurance markets to collapse. That’s not a theory. We’ve seen it happen time and again in this country.

At the same time, insurance company executives who decided they can’t tolerate for much longer the uncertainty about what President Trump might do could simply say, “We’re outta here.”

That, folks, is what letting Obamacare implode would look like. And people – not insurance company executives or President Trump’s family or members of Congress – people you know and love, maybe even you, will die. That is what is at stake. Nothing less.

Out with Obamacare. In with single-payer?

President Trump will think he’s punishing Democrats by letting the system implode. He’ll think he’s reminding the GOP that it needs to follow his dictates – or else. But he’ll really just be adding fuel to the single-payer fire.

(It’s quite possible that deep down President Trump wants a single-payer system. Why else would he tell voters on the campaign trail last year how much folks in Canada and Scotland – where he has a fancy golf resort – like their healthcare? And then just a couple months ago he told Australian Prime Minister Malcolm Turnbull how much better the Australian system is than ours. Maybe he’s thinking, as some single-payer supporters do, that the collapse of Obamacare might be a necessary step on the way to single-payer health care in this country.)

Single-payer advocates were so upset with how special interests helped write what became Obamacare that they urged members of Congress to “kill the bill.” They felt it was so flawed, so skewed in favor of the insurance industry, drug companies, big hospitals chains, medical device manufacturers and already-rich doctors that Congress should start over and try to do better.

They had a point. Yes, Obamacare has reduced the ranks of the uninsured, but it has done far too little to control either medical inflation or the rapid growth of high-deductible plans. For-profit insurance companies like the ones I used to work for are making record profits as they are able to shift more and more of the cost of care from them to us.

And now, single-payer advocates will have even more ammunition. Public opinion polls are showing that rapidly growing numbers of us are warming up to the idea of single-payer health care. When I’ve discussed the topic with my single-payer friends, some believe Americans are finally fed up enough with Obamacare’s shortcomings and with poorly crafted replacements. They see that our some of our most vulnerable have made gains, but not enough. Not by a long shot.

I have no doubt that if President Trump follows through on his tweeted desire to see Obamacare implode – just to see what happens, regardless of the collateral damage – we will be a single-payer country sooner rather than later.

Wendell Potter left his position as head of communications for Cigna in 2008 to advocate for comprehensive health care reform. He has since been an ardent advocate for major health insurance reforms. Potter has also launched Tarbell, a nonprofit web site dedicated to exposing corporate moneyed interests’ influence on energy, taxation, politics, and healthcare. His book, Deadly Spin: An Insurance Company Insider Speaks Out on How Corporate PR Is Killing Health Care and Deceiving Americans, was awarded the Ridenhour Book Prize for “outstanding work of social significance” in 2011.