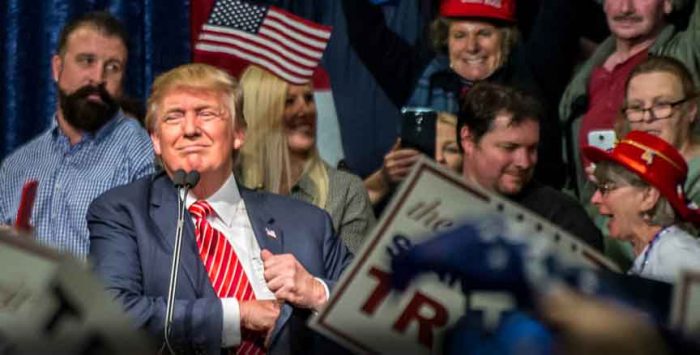 After six months of attempts by Donald Trump and Congressional Republicans to repeal the Affordable Care Act, their success in achieving a legislative victory remains uncertain. What’s not uncertain at all? That their attempts are weakening the law’s protections, decreasing coverage options, and driving up costs for consumers who desperately need affordable coverage.

That’s right. Although there have been numerous predictions that any of the Republican repeal bills floated thus far – in the House or Senate – will end up hurting consumers, the fact is that consumers are already on a path toward higher premiums and fewer available plans as they shop during the open enrollment period this fall. That’s regardless of what happens in Congress this week or next.

The good news is that Republicans – and President Trump – could act right now to reassure the health insurance industry and in doing so stabilize the individual health insurance market. Could it really be that easy, you ask?

The individual mandate has carriers spooked.

Throughout 2017, when GOP lawmakers have talked about repealing the ACA (aka, Obamacare), they’ve generally described a transition period ranging from two to four years, and have insinuated that nothing would change in terms of coverage availability in the near term. And it’s true that the bills that have been introduced thus far do tend to incorporate delayed implementation for some provisions, but notably, all of them would eliminate the ACA’s individual mandate penalty retroactively to the start of 2016.

Insurers are reacting to the threat.

But again, that’s if the legislation is passed into law. Right now, the mere oft-repeated Republican desire to repeal the ACA’s individual mandate is spooking insurers during the time when premiums for 2018 coverage are being established.

And the rate justifications that insurers are filing for 2018 indicate that they are absolutely proposing rates that are higher than they would be proposing if the Trump Administration and Congress weren’t trying to undermine the ACA.

We’re keeping track of rate filings on our pages about each state’s exchange. Based on the filings that have already been made public, insurers are generally expecting the individual mandate to be – at the very least – less strongly enforced in 2018. And lack of certainty surrounding cost-sharing reduction (CSR) funding is also causing insurers to propose higher rates for 2018.

If Congressional Republicans do pass a bill that eliminates the individual mandate, premiums will clearly be significantly higher in 2018. But the uncertainty caused by the Trump Administration’s reluctance to enforce the individual mandate, and the fact that lawmakers are considering eliminating the penalty altogether, is already driving premiums higher than they would otherwise be for 2018, even if the ACA repeal efforts eventually fail.

Right now, Congress could take a lot of pressure off the carriers by simply acknowledging that they understand this: without a mandate, the risk pool is threatened, and carriers will continue to adjust rates accordingly.

Another threat: loss of cost-sharing reductions

The battle over funding for cost-sharing reductions is causing uncertainty for insurers.

Cost-sharing reductions (CSR) are the subject of a currently pended lawsuit (House v. Price, formerly House v. Burwell). They’re part of the ACA, but money to fund them was never explicitly appropriated by Congress – hence the lawsuit, filed by House Republicans in 2014 in part of their ongoing effort to sabotage the ACA.

House Republicans won the case in 2016, but the Obama Administration appealed, and CSR funding has continued to flow to insurers. But if the Trump Administration were to drop the appeal, that would no longer be the case.

Congress could fix the problem by simply appropriating CSR funding, but they have not done so. (They included temporary CSR funding in the BCRA, but that bill would eliminate CSR altogether after 2019, making health care entirely unaffordable for most low-income enrollees.)

This quick fix would soothe insurers and lower rates immediately.

But don’t take my word for it. Here’s what some insurers and insurance regulators have said about individual health insurance rates for 2018:

Those are just a few examples – you can see more on the rest of our pages about each state’s exchange.

Right now, the individual market is facing another round of steep rate increases for 2018, but it doesn’t have to be that way. Last year’s rate hikes seem to have been enough to get the market on fairly stable ground, but the ongoing uncertainty and sabotage at the federal level has thrown a wrench into the works, and is causing premiums to rise much more in 2018 than they otherwise would.

Insurers do not like uncertainty. And the Trump/GOP repeal debacle is creating uncertainty in a big way.

The Trump Administration announced in July that 141 insurers had applied to offer coverage via HealthCare.gov in 2018 – down from 227 that applied last year. In their announcement, they didn’t acknowledge the role that they’re playing in causing the decrease in insurer participation. But insurers and insurance commissioners are pointing it out:

The sabotage can stop.

Congressional Republicans’ path to a legislative victory on ACA repeal is much less likely now than it seemed last November. Due to the division between moderates and conservatives within the caucus, there is a good chance that they won’t be able to enact legislation on this issue.

As this became increasingly clear in July, Trump was unequivocal in how he wanted to approach the situation. His plan is to “let Obamacare fail,” and he clarified that when this happens, he’s “not going to own it.” Incidentally, that’s not how it works when you’re President – the buck stops with you, whether you want it to or not.

Republicans have been working to sabotage the ACA ever since it was enacted in 2010, and there’s a lot they can do that doesn’t involve legislation. At the Incidental Economist, Nicholas Bagley and Adrianna McIntyre have compiled a list of ways that the Trump Administration could change the ACA without Congress. Trump has indicated his desire to see the ACA – and in turn, the insurance markets – founder, and there are a variety of tool that he can use to make that happen.

Stop the PR campaign. Under Trump, the Centers for Medicare and Medicaid Services (CMS) have been directly criticizing the ACA in recent press releases. They are also spending money – that was allocated to advertise the ACA and promote enrollment – on a social media campaign designed to build opposition to the ACA.

Stop strangling enrollment efforts. Trump took office less than two weeks before the end of open enrollment for 2017 coverage. Almost immediately, advertising and outreach for HealthCare.gov was reduced, leading to lower enrollment in HealthCare.gov states (while state-based exchanges, which run their own marketing, saw an increase in enrollment).

There are concerns that the Trump Administration will continue to sabotage enrollment by reducing advertising and outreach throughout the upcoming enrollment period, cutting back on call center assistance, or reducing the efficiency of the HealthCare.gov website. Indeed, this is already happening, with the Trump Administration already taking steps to reduce enrollment assistance in 18 cities. In New Mexico, Christus Health Plan noted in their rate filing that part of their proposed rate increase for 2018 is due to their expectation that there will be “reduced advertising and outreach” for HealthCare.gov.

End the uncertainty. There are also universal concerns among insurers that part of Trump’s plan to “let Obamacare fail” could include dropping the House v. Price appeal, or further weakening the enforcement of the individual mandate. Either or both of these actions would result in a much less stable individual market, with higher prices and fewer insurers participating (ironically, higher prices mean that the federal government has to spend more on premium subsidies, which will still be available in the exchanges in 2018 regardless of what happens in Congress or in the White House).

Affordability and plan quality? It’s up to the GOP.

What does all of this mean for consumers who need to buy health insurance for 2018?

Open enrollment will begin as scheduled on November 1, 2018, and you’ll have 44 days to pick a plan. Regardless of what ends up happening in Congress, it appears that we’ll be facing higher premiums and fewer available plans.

Can Republicans change any of that? Yes – by taking the steps noted above. But they could also abandon their secret, partisan approach to healthcare reform. And the Trump Administration could check its not-so-secret efforts to derail the ACA.

Minus an obvious effort by the GOP, consumers who buy their own health insurance will face higher premiums and fewer options in November. And Congressional Republicans and the Trump Administration will owe them an explanation. And an apology.