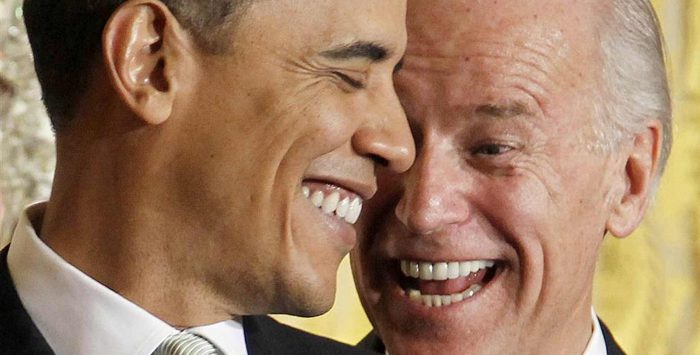 On March 23, 2010, the day the Patient Protection and Affordable Care Act (ACA) was signed into law, three words were whispered to President Barack Obama, but caught on mic: “big f****** deal.” It’s now one of the most memorable lines from that historic day, not because it was seemingly a gaff from Vice President Biden but because it was, in fact, a sincere expression of just how monumental passage of the ACA was for millions of Americans.

It meant that for the first time in American history, the uninsured and the underinsured would gain access to care they wanted and needed.

As someone with diabetes, I can attest that the ACA is truly a BFD. The law has been a godsend to me, financially, health-wise, and, well, spiritually. Confidently, I assert that the other 29 million Americans suffering with diabetes – as well as the tens of millions more with other chronic illnesses – would echo that sentiment.

Without access to quality coverage options and consumer protections the ACA makes available today, I would be either dead, financially ruined, or at best stuck in a corporate job – just to be able to hold on to employer-sponsored health coverage.

Insurance is critical to early diagnosis 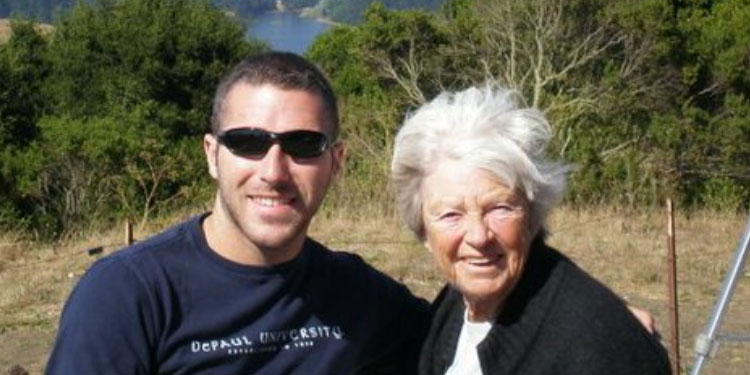 The author with his grandmother, who told him, “You can never go without health insurance. Period.”

At age 10, I was diagnosed with Type 1 diabetes. However, I had been no doubt living with the disease untreated for a good amount of time by that point. Persistent stomach aches, constant need to urinate, unquenchable thirst, abnormal irritation, and severe weight loss became signals to my parents that something wasn’t right. Luckily, my family had health coverage – great coverage, in fact – which afforded them the, then-luxury, of being able to get me checked out by a doctor.

And thank goodness we were able to catch it early on. Had I been a kid in an uninsured or underinsured household, that crucial visit to the doctor’s office could have been delayed. The consequences would have been more irreversible damage that prolonged high blood sugar inflicts on the body, or worse, premature death.

Even at that very young age, it quickly dawned on me that my life would change forever. The half a dozen shots of insulin per day and the same number of daily blood glucose tests, the quarterly endocrinologist visits, frequent blood tests, and trips to feet and eye specialists multiple times per year made the seriousness of the condition and the profound change in direction of my life register in short order.

‘You can never go without health insurance.’

What didn’t register right away was the fact that I could never be uninsured. Sometime in my teens, I recall my grandmother stating to me plainly and directly “You can never go without health insurance. Period.”

It took me a while to appreciate that statement, but as I neared adulthood, the prohibitive cost of managing diabetes appropriately without adequate health insurance finally hit me.

Managing diabetes is a life-long battle, and a daily struggle that’s hard enough without the anxiety caused by uncertainty about how you would ever pay for treatment should you lose coverage.

Yet, that’s the exact situation I found myself in shortly after my 26th birthday: without access to quality health coverage I needed.

In early 2013, I was between jobs and the consumer protections of the ACA had yet to kick in – namely, the provisions the made it illegal for health insurance companies to deny applicants – or charge them more than a healthy person – based on their pre-existing condition.

I searched in vain for months for a plan with the level of coverage that would meet the needs of someone with diabetes and at a price I could afford. Most insurance providers denied me outright due to the expensive care that I need, or offered me plans with exorbitant premiums, virtually unreachable deductibles, and ridiculously low annual benefits maximums.

One insurance provider gave me a quote for a plan that had a nearly $3,000 monthly premium for benefits that came nowhere near what I needed. Another company offered me a plan with a $500 monthly premium. The kicker?I The plan would only cover me for catastrophic injuries – meaning, it would not help me pay for anything related to diabetes treatment.

To make matters worse, I had too many “assets” (a car and about $1,500 in savings to my name) to qualify for Medicaid.

All this is to say, comprehensive, affordable coverage was simply unattainable in the pre-ACA world for someone out of work or underemployed but in need of treatment for a pre-existing condition.

Facing the prospect of being uninsured

Anticipating the gap in medical coverage, I began stockpiling supplies, which necessarily required me to cut back on insulin doses, skip testing my blood glucose once or twice per day, cancel specialist visits, and use pump supplies far longer than was recommended. My aim in doing this was to stretch the amount of time I could go without being enrolled in a health plan.

I had to: my diabetes treatment supplies – including insulin – and specialist visits cost more than $2,000 per month. Needless to say, this period took a toll on my on my health.

Fortunately, I landed a job with health coverage, but the months-long peril is fresh in my mind these days as the Republicans attempt to gut the protections and access to care the ACA provides.

Simply, I fear going back to the days before the ACA. Both the House and Senate Republican health care bills represent a wholesale dismantling of just about everything the ACA has given to the diabetes community, and sick Americans in general. And make no mistake about it, the Republicans’ replacement plans would place hardships on diabetics akin to what the community faced before Obamacare.

Most notably, the two bills would throw diabetics to the mercy of health insurers again. The House bill, as widely reported, would allow insurance carriers to once again reject anyone they deem too sick to cover. (The bill would toss millions of chronically ill into so-called high-risk pools, which would, again, subject them to outrageously high costs for skimpier benefits.) In the Senate’s version, states would merely have to apply for waivers to give insurers the right to discriminate based on medical conditions again.

Both bills would also strip the guarantee of essential health benefits that diabetics like me rely on. Among them are doctor’s visits, preventative care, prescription drug coverage, emergency services, lab tests, and more. My out-of-pocket expenses for diabetes care could skyrocket.The loss of essential benefits would effectively open the door again to annual and lifetime caps, which would present a potential financial cliff for someone like me with annual medical costs in the range of $25,000 to $30,000.

And then you get to the cuts in Medicaid – present in both bills. The billions of dollars in Medicaid expansion funding cuts proposed by the House and Senate would be devastating to people with diabetes and those at risk of developing diabetes. Take it from the American Diabetes Association:

“In states that expanded their Medicaid programs, more individuals are being screened for diabetes than non-expansion states. Cuts to Medicaid would leave the most vulnerable individuals with or at risk for diabetes without the health coverage they need to be diagnosed and treated for the disease as early as possible.”

Under these consumer protection and Medicaid expansion rollbacks, I could land right back where I found myself in 2013. Thankfully, I have employer-sponsored health insurance – though even then I’m not entirely insulated – but I’ll have to think twice about going back to school, starting my own business, or working freelance.

The ACA is a “BFD” for America, especially for Americans who need routine and expensive care like I do. Real lives are at stake. Call your U.S. Senator and demand that he or she vote down the Senate’s unconscionable bill and preserve and build on the ACA. Bold leadership means putting patients before politics.