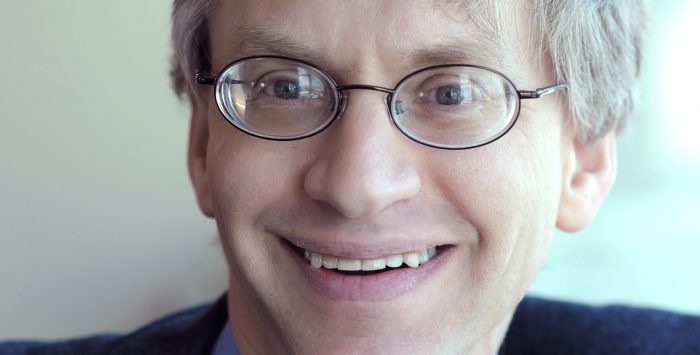 Bernie Sanders’ Medicare for All proposal, first introduced in the 2016 presidential campaign, got a lot of progressive pulses racing. No private insurance. No out-of-network charges. No premiums, deductibles or copays (or at most, $200 for non-preferred drugs, added to the legislative version Sanders introduced in September 2017).

Most healthcare experts, including progressive ones, were less enthusiastic. More than 150 million Americans get health insurance through employers, and most are satisfied. Ending that system would cause massive disruption. Eliminating cost-sharing would make cost control difficult – while the federal government would be footing the entire bill for everyone. Major new taxes would be required.

An incremental alternative: ‘Medicare for All Who Need It’

Enter the Center for American Progress, a think tank with close ties to the Democratic party, with a more incremental and phased-in plan that gradually draws together existing Medicare, Medicaid and employer-sponsored insurance systems. Importantly, employer-sponsored insurance would not go away, but its costs would be contained because the rates such plans pay to healthcare providers would be brought in line with the public program.

Enrollees in the new public program, dubbed Medicare Extra, would have access to all doctors, hospitals and other healthcare providers who accept Medicare – i.e., virtually all providers. Care would not be free to enrollees, except for the poor and near-poor. Premiums would rise with income, maxing out at 10% of income for the affluent. Actuarial value – the percentage of the average user’s costs covered by the plan – would range from 100% for the poor and near-poor to 80% for the affluent.

Coverage would be comprehensive, encompassing not only the ACA’s Essential Health Benefits but dental, vision and hearing services. Existing barriers to coverage for the disabled would be removed. The two-year waiting period before those who qualify for Social Security Disability Insurance can enroll in Medicare would be eliminated, as would asset tests required to qualify for disability Medicaid. “Given the leadership role the disability community played in protecting the ACA, it’s especially important that disability issues be included,” notes Harold Pollack a professor of public policy at the University of Chicago.

Medicare Extra would not be “Medicare for All,” since employers could continue to offer their own plans if they chose. Within a few years, though, it would be “Medicare for Most.” Newborns would be automatically enrolled, as would people turning age 65, all who buy their own insurance in the individual market, and all of the uninsured, including legally present noncitizens. In Year 6, Medicaid and CHIP would be absorbed. Many employers would likely opt in, too.

Like current Medicare beneficiaries, a third of whom are enrolled in private Medicare Advantage plans, enrollees in Medicare Extra would have the option of choosing a private plan that would offer the same benefits and could add extra benefits for additional premium. Thus private insurers would not go away – the plan’s authors acknowledge that Medicare Advantage plans often provide high quality care – but as with MA, the rates those plans pay to providers would be closely tied to the rates paid by the public Medicare Extra plan. The same is true for plans maintained by employers, thanks to a rule that healthcare providers outside the employer’s network could charge no more than Medicare Extra rates – effectively tethering in-network rates to the program as well.

Thus, while the system would not be strictly single payer, all payers would pay basically the same rates to healthcare providers. The authors specifically identify this rate-setting power as the essential cost-control ingredient in diverse kinds of successful national healthcare systems in countries such as Germany, Denmark and Canada. A “blended” rate means that Medicaid will pay more than at present, while employers will pay less (as will the new public plan for working age people).

The plan would achieve additional cost savings by negotiating rates on a national level for prescription drugs, medical devices, and medical equipment – and by demanding rebates for drugs priced above a level deemed appropriate by independent evaluators.

Why maintain the employer-sponsored health insurance system? In a word, to control the federal government’s share of the total cost of healthcare in the U.S. – and so the required tax increases, which would still be substantial. (The plan would finance new spending mainly by new taxes on the wealthy.) The plan’s authors point out that employers currently contribute $485 billion annually to the payment of healthcare costs. The CAP plan aims both to preserve some of that private sector funding and to make it more cost-efficient, so that employees get more bang for their buck. 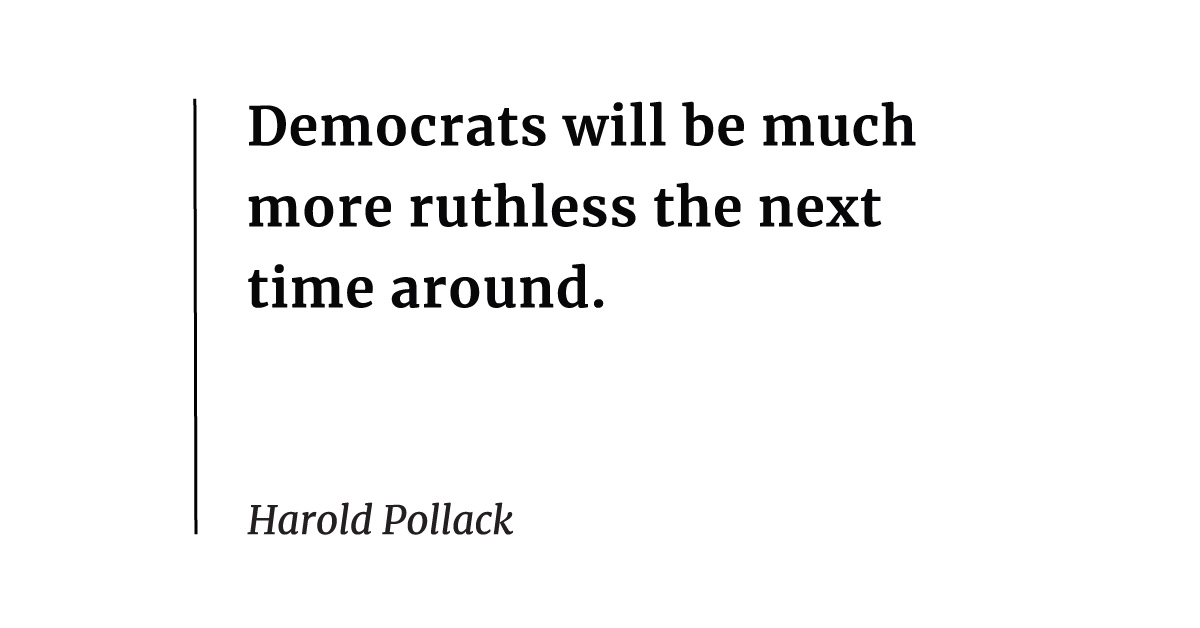 There’s not much for beneficiaries of such a system not to like. Medicare Extra promises all-but-universal access to virtually all healthcare providers, on an affordable sliding scale with respect both to premiums and out-of-pocket costs. But how viable is it politically? What are the chances that Democrats would pass such a plan?

Not very high, according to Timothy Jost, emeritus professor of law at Washington and Lee University.

“I can’t see that it’s feasible from a political standpoint,” Jost says. “Pharmaceutical companies will hate it, because it will limit their profits – they’ll say it limits innovation. Physicians will see diminished income, or diminished growth in income. Hospitals are going to paid at Medicare rates, or Medicare plus a bit rather than commercial rates – that’s going to trouble them. Wealthy people are going to have to pay higher taxes.”

As to whom the plan benefits, Jost points out that as with all plans to expand and improve healthcare access, it’s primarily people in the lower end of the income distribution, who historically don’t vote in large numbers.

At the same time, Jost allows that for Democratic elected officials, supporting a plan with this kind of sweeping reach “could be a litmus test to win the support of the hardest-working people in the Democratic party. That support is very important for electoral politics – but whether at the national level they would have enough clout to overcome incredibly powerful lobbying efforts is very questionable.”

Pollack, who like Jost closely followed implementation of the Affordable Care Act, takes a different view of the political realities. His starting premise is the deep regard in which Americans hold Medicare and the broad support, expressed since the 2016 campaign, for expanded access to affordable healthcare.

As for the partisan manner in which the Affordable Care Act was passed (without a single Republican vote) and the eight years of Republican sabotage it’s sustained since then, Pollack’s takeaway is somewhat counterintuitive.

The fact that Republicans wholly rejected the private-plan structure of the ACA marketplace, Pollack says, “requires Democrats to think about expanded Medicare or Medicaid models, not because of ideology but because a complex, ideologically moderate approach to expanding coverage can’t be implemented within a politically polarized environment.” Oddly enough, we’ve learned, “Republicans are more likely to protect and embrace expanded Medicare benefits than to protect the private market established through the ACA marketplace.”

What about the fierce opposition from the various sectors of the healthcare industry to payment rates imposed by government, directly or indirectly, across all market segments? “I don’t think they’ll like it. There will be some negotiation, but it’s coming,” Pollack said. “People lived with the cuts the ACA made in hospital reimbursement.”

Here too Pollack’s takeaway is somewhat counterintuitive. Healthcare providers, he senses, may have a harder time resisting straightforward rate-setting than various forms of “micromanagement” based on “outcomes research” – e.g., various government-imposed pay-for-performance programs. That may hold for the general public too. “I think people are ready to have government use its monopsony [single-payer] power to hold prices down … but whether Americans are willing to use comparative effectiveness research [which could reduce access to some treatments] is a very open question.”

Bipartisanship? Not this time

In crafting the ACA, Democrats worked hard and failed to win Republican support, and they worked hard, with some success, to win support from doctors, hospitals, pharma and other “stakeholders.” But that support – from doctor and hospital groups in particular – was lukewarm at best eight years later as Republicans pressed their repeal efforts. And so, according to Pollack:

Pollack added that Democrats have also learned from the tactics Republicans used in their bids to ram through ACA repeal bills (very nearly successful) and tax cuts (successful) via budget reconciliation, a Senate maneuver that avoids filibuster and so can enable a bill to pass with just 51 Senate votes. (That would solve the problem, highlighted by Timothy Jost, of winning over the most moderate and vulnerable Democratic senators.) “Democrats will be much more ruthless the next time around,” Pollack asserts.

As momentum for health reform built in 2008 and 2009, Pollack recalled, there was a strong demand in Democratic circles for bipartisanship – a belief that they could win Republican buy-in for a national plan modeled on the plan Republican Governor Mitt Romney had put through in Massachusetts. Now, Pollack concludes, “there’s much more demand for authoritative Democratic solutions. There’s a belief across the Democratic spectrum that Republicans are not viable partners.”