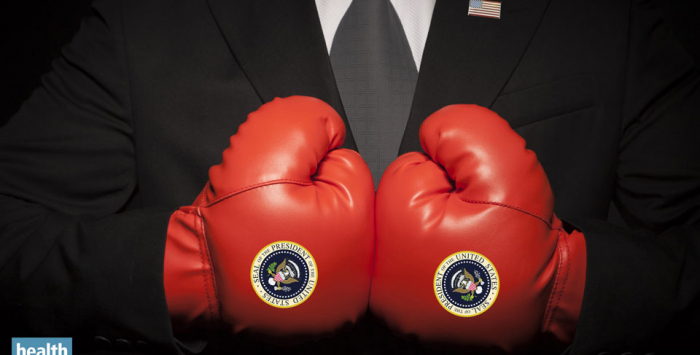 CNN reported yesterday that the “Fiscal cliff deal is down to wrangling over the details.”

While others in the media continued to say that talks are stalled, everything I know about both the economics and the politics of the situation tells me that CNN is right.

At 4:30 yesterday afternoon, CNN updated its story: “Both sides agree the wealthy will pay more, so now fiscal cliff talks come down to how much Republicans can wring out of the White House in return for giving in on taxes.

“To President Barack Obama, it’s all about first locking in additional revenue from raising taxes on high-income owners, an outcome the GOP has long rejected.”

President Obama had made it clear that negotiations over government spending on safety nets such as Medicare wouldn’t begin until Republicans accepted a higher marginal tax rate for individuals earning over $200,000 and couples earning over $250,000.

The president dug in, and, according to CNN, he has won Round One:

“Retiring Republican Rep. Steve LaTourette of Ohio told CNN on Thursday that he sensed a shift in the House GOP approach during a conference meeting the day before.

“A GOP source told CNN that talks between staff members on both sides resumed Thursday for the first time this week, after Obama and Boehner spoke by phone Wednesday.”

Now, the president will have to decide where he is willing to compromise on cutting government spending. There are, in fact, places where he could rein in Medicare without hurting beneficiaries.

CNN, reports “All signs point toward a two-step approach sought by newly re-elected Obama – an initial agreement that would extend lower tax rates for income up to $250,000 for families, while letting rates return to higher levels from the Clinton era on income above that threshold.”

Once that happens, Obama and Democratic leaders promise, they will work out compromises on other spending cuts sought by Republicans to reduce the deficit.

Spending on safety nets: Obama is in the driver’s seat

I doubt that the president will budge on asking Americans to wait until they are 67 before applying for Medicare – in part for the reasons I outlined on HealthBeat two days ago,  in part because he doesn’t have to. He may have considered conceding this point in the past, but he was in a much weaker position. Today his approval rating is at a three-year high.

Nevertheless Obama will give ground on reducing government spending where he can. He knows there are places where we could rein Medicare spending – without inflicting pain on beneficiaries.

In November, the Campaign for American Progress (CAP) released a “Senior Protection Plan” which proves that it is possible to save more than of $385 billion over 10 years.

Here are some highlights from CAP’s proposals:

In 2011 Medicare required competitive bidding for durable medical equipment, such as hospital beds and wheelchairs, and reduced Medicare’s costs by more than 42 percent.

Under the Affordable Care Act (ACA) Medicare will expand competitive bidding for durable medical equipment, prosthetics, orthotics, and supplies to all regions of the country by 2016. CAP would go further, moving the date up to 2014.

In addition, CAP recommends extending competitively-bid prices to Medicaid and all other government health programs.

“Many hospitals cannot obtain the best prices for medical devices partly because a lack of price transparency inhibits competition. The Government Accountability Office reports that device manufacturers often require hospitals to include confidentiality clauses in contracts that prohibit them from sharing price information. “These clauses should be prohibited,” says CAP

No estimate of savings

Shared decision-making programs help patients understand their treatment options, and the risks and benefits of each option. They can then make a “informed choice” about which is best for them. As CAP explains: “Studies have shown that shared decision-making reduces the use of more invasive treatment options without harming health outcomes. The most recent study found that patient decision aids reduced hip replacement surgeries by 26 percent, knee replacement surgeries by 38 percent, and health care costs by 12 percent to 21 percent.”

Today, CAP observes, “drug manufacturers pay rebates for drugs provided to Medicaid beneficiaries, resulting in significant price discounts. Before Congress created the prescription drug program under Medicare Part D” (which was a gift to the pharmaceutical industry), “drug manufacturers paid rebates for drugs provided to beneficiaries who are eligible for both Medicare and Medicaid-known as ‘dual eligibles.’

Although private sector Medicare prescription drug plans negotiate rebates with manufacturers, “these rebates are substantially lower than Medicaid rebates.” (Insurers and drug-makers make “deals” that are not always in the best interest of Medicare.) “For selected brand-name drugs, the Office of Inspector General found that rebates reduce Medicaid spending by 45 percent, but reduce Medicare Part D spending by only 19 percent.”

As a result, ‘shifting dual eligibles’ drug coverage from Medicaid to Medicare has produced an enormous windfall for drug manufacturers. CAP recommends that “Medicaid rebates be extended to brand-name drugs purchased by low-income Medicare beneficiaries.”

These are just a few of the most promising ideas in the “Senior Protection Plan.” What is clear is that Medicare can squeeze more waste out of our money-driven health care system, without rationing care, or shifting costs to seniors.

EDITOR’S NOTE: Maggie took a more exhaustive look at the President’s “Round One” victory in this Thursday’s HealthBeat Blog post, Obama Wins Round One of Budget Negotiations. Now, she has updated her take on the negotiations over the fiscal cliff.

Sunday, for the first time since the election, Obama and Boehner met to speak, face to face. Maggie is now even more certain that Democrats have won the first round and are winning the second round of negotiations. She belives that it is very unlikely that they will give ground on lifting the Medicare age to 67.